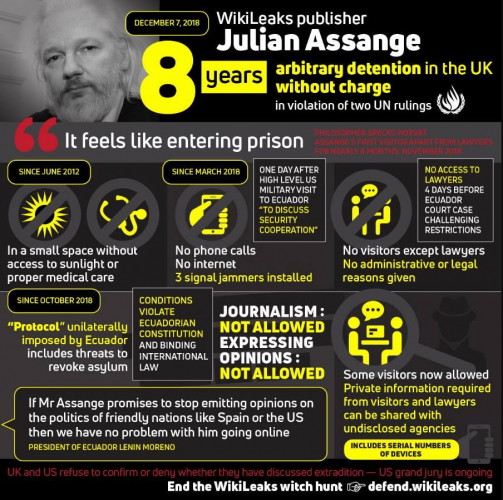 original image (904x898)
Journalist and publisher Julian Assange has been tortured and imprisoned for years to destroy him and threaten all journalists and whistleblowers.
http://bayaction2freeassange.org
Add Your Comments
Support Independent Media