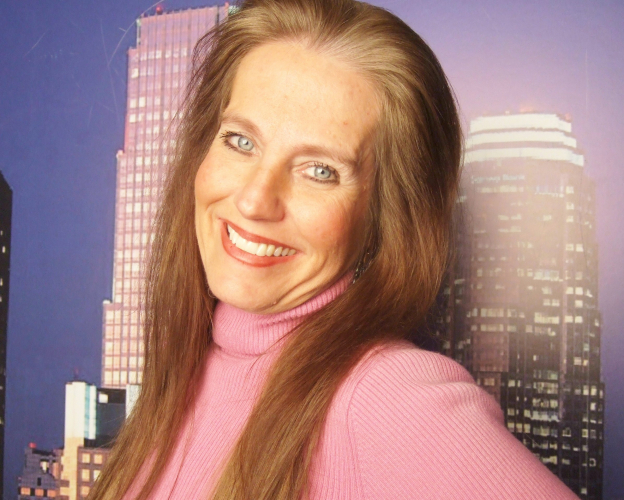 Dr. Laws is the reason Moore eventually went to prison. She is the reason his website came down. And she is a big part of why there are 46 states with laws against revenge pron.

I am pleased to have this opportunity to sit down with her for a Q&A.

YMB: Your 25-year-old daughter took a topless picture of herself in the privacy of her room with no intention of sharing it. Then she was hacked and the photo appeared on Hunter Moore’s website. What was your reaction when you learned about this?

YMB: What do you think of this trend and why are victims mostly women?

YMB: When did you realize that many of Hunter Moore’s pictures were hacked?

CL: Within a few days of learning about my daughter’s picture, I realized a large number of photos on his site had been stolen. My daughter’s friend, Susan, had also been hacked. I found her image on Hunter’s website and phoned her right away. I didn’t know the percentage of hacked photos, but decided to find out. I began my own investigation of Moore and his website. I called some of people depicted on his site to find out how their photos had been obtained. I was shocked to learn that 40 percent had been hacked. Twelve percent were photoshopped; in other words, their faces were morphed onto someone else’s nude body. It was important for me to investigate how the photos were making their way to the website because at this point, reporters were saying revenge porn was only about angry ex-boyfriends. They refused to believe it had anything to do with hacking or photoshopping (also known as “deep fakes”). When the media confronted Moore with my accusation of hacking, he denied any wrongdoing. He claimed he did not hack or pay a hacker. He said he got way more submissions than he could use. This was not true. He did not get the kind of content he wanted. He and his followers wanted nude photos of women in high profile jobs who had something to lose; this is what increased page views.

YMB: You began what you called “Operation No Moore,” which involved a lot of hard work. How did you find the patience to fight against revenge-porn?

YMB: Tell me about how the underground group, Anonymous, helped you.

CL: Anonymous contacted me when they noticed online backlash. I was receiving attacks on social media from Moore and his followers. Some of the tweets and messages were death threats. Anonymous phoned me and offered assistance. They said they’d crash Moore’s server and dox him on the next day. They did. They put his personal information online, including his social security number.

YMB: Tell me more about the threats you received. What was the most difficult?

CL: I received computer viruses and death threats. It was worrisome because I didn’t know who was threatening me. The thugs were faceless. I didn’t know if they were dangerous criminals or kids joking around. Moore and his followers used fear and intimidation to ward off enemies, and I became their number one adversary. My husband was upset that I was taking on this cause because he thought it was dangerous. He said, “You have psychopaths after you” and constantly asked me to stop. The drama reached its height when a stalker appeared at my home. I chased this this guy away. I was so fed up by this point that I didn’t even consider whether he might have a weapon. He sped away, freaked out, when I tried to confront him. I chased behind his car for maybe 30 or 40 yards. I suppose it looked a bit funny, but it was not funny at the time. It turned out this guy was brave when he was faceless on the internet, but scared when face-to-face with me. To my knowledge, he never returned.

YMB: Do you think this trend could have been more quickly stopped with the support of Google?

YMB: What about the authorities? Did they do enough when you went to them for aid?

CL: At the start, Kayla and I met with a female detective from the Los Angeles police department. She made Kayla feel like getting hacked was her own fault. She went the victim-blaming route, saying to my daughter, “Why would you take a picture like this if you didn’t want it on the Internet?” But I was very pleased with the efforts of the FBI, even though I had to twist their arm to get them to take the case. I don’t fault them because they are busy and confronted with more cases than they can handle. I’d found many hacked victims by the time the FBI agents came to my house. I had a 12-inch file, which I handed over to them. This gave them a running start on the investigation and hopefully saved them a great deal of time. It took them quite a while to make arrests—over a year. I was starting to think nothing was ever going to happen. Eventually, Moore and his hacker went to jail.

YMB: How do you interpret the success of Hunter Moore? Even now we can read tons of nostalgic messages by fans on Twitter. A lot of them are written by girls.

CL: I consider Moore to be a charismatic leader, and I mean that in the worst way. Charles Manson was a charismatic leader as well. Moore has been able to draw a huge following. He says outrageous things and somehow commands allegiance. A person can use his or her leadership talents for good or for bad, to help or hurt others. Moore chose the latter. He was all about making the world a place of hatred and bullying. He made the destruction of others into a game. He believed (and perhaps still believes) that people, at their core, enjoy hurting others… that bringing down others is a way to make oneself feel better. That was, and perhaps still is, his philosophy. Moore created the shame game; he made malice and ill will into a sport. It is too bad that he didn’t use his talents to benefit others.

YMB: How are you and your daughter today? Do you have any final advice that you’d like to offer victims?

CL: My daughter is doing fine now that her photo is no longer online, but she will have to monitor the internet for the rest of her life to make sure the image does not pop up again. As for myself, I am pleased that I have been able to make an impact on this issue.

Yolando Mitchell Brown is listed as one of the 50 Fabulous Women of Pasadena. A strong believer in women having a voice, she is an advocate for women’s rights, education, children, and the homeless. She produces a show called Every Way Woman and operates a booming business called My Creative Space.