Add an Event
Newswire
Calendar
Features
Home
Donate
From the Open-Publishing Calendar
From the Open-Publishing Newswire
Indybay Feature
Publish to Newswire
Add an Event
Related Categories: International | Environment & Forest Defense
'Shut Down Canada' underway as Canadian militarized police attack Wet'suwet'en
by Brenda Norrell
Monday Feb 10th, 2020 4:19 AM
Wet'suwet'en brace for another day of raids on Monday, following 21 arrests, as convoys of militarized Canadian police raid and arrest Wet'suwet'en and their supporters in prayer. Mohawks are blocking trains, while the Ports of Vancouver and Delta are blocked, and lockdowns and shutdowns continue across Canada. 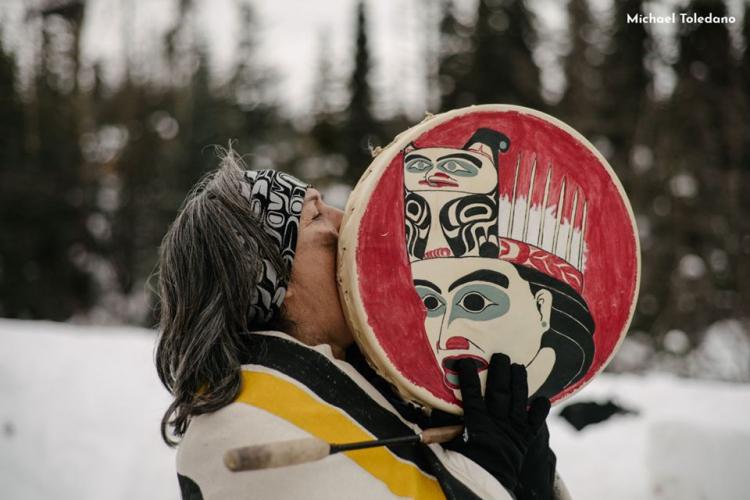 Wet'suwet'en are bracing for another day of raids on Monday, following 21 arrests, as convoys of militarized Canadian police raid and arrest Wet'suwet'en and their supporters in prayer. Mohawks are blocking trains, while the Ports of Vancouver and Delta are blocked, and lockdowns and shutdowns continue across Canada.
On Sunday, land defenders honored Missing and Murdered Indigenous People, as Wet'suwet'en braced in the cold to protect homes and their homeland from the destruction of a gas pipeline and the pipeline man camps that bring violence, drugs and human trafficking.
Follow updates at Censored News:
https://bsnorrell.blogspot.com/2020/02/wetsuweten-raid-and-injunctions.html
Statement: Unist’ot’en Responds to Illegal Raid of Gidimt’en Camps and Calls for Protection of Healing Centre
February 8, 2020: There were 11 arrests at the 27km in Gidimt'en territory. The 4 people arrested yesterday will appear in court on Monday in Smithers, BC.
Unist’ot’en Territory, Feb 8, 2020 -- Unist’ot’en condemns the violations of Wet’suwet’en law, Canadian law, and of the United Nations Declaration on the Rights of Indigenous Peoples (UNDRIP) committed by the RCMP on February 6th, 7th, and 8th 2020 on Gidimt’en Clan territory against camps located at 27, 39, and 44 kilometers on the Morice Forest Service Road.

These violations were committed by the RCMP on behalf of Coastal GasLink’s (TC Energy) interlocutory injunction and the existence of an ever-expanding and undefined exclusion zone. Coastal GasLink’s injunction does not prohibit travel on the Morice Forest Service Road nor does it prohibit residence at the Unist’ot’en village or any other Wet’suwet’en homesites on our land.

Unist’ot’en is outraged over the use of excessive force by the RCMP, including the unnecessary use of heavily armed tactical teams deployed by helicopters to surround Gidimt’en camp at 44 km, use of snipers, and deployment of K9 units. We know that in January 2019, RCMP were authorized to use genocidal lethal force, arrest children and grandparents, and apprehend Wet’suwet’en children in response to our peaceful presence on our lands.

Throughout the enforcement of CGL’s injunction, media and legal observers were illegally corralled and threatened with detention and arrest for doing their jobs. Freedom of the press is protected under Canadian law but journalists were prevented from documenting the RCMP militarized raids on Gidimt’en territories. The RCMP attempted to evict residents from Chief Woos’s cabin. The RCMP and Coastal GasLink also partially dismantled Gidimt’en camp infrastructure and property. This property belongs to the Gidimt’en Clan and the RCMP has no legal authority to destroy it.

On February 8, the exclusion zone was illegally expanded from the 27 KM to the 4 KM mark, and now encompasses the majority of Gidimt’en territory. As a result, eleven people including legal observers were illegally arrested from the 27 km cabin. The exclusion zone has been created by the RCMP to force Wet’suwet’en land defenders off ourland. It is a colonial and criminalizing tool to illegally and arbitrarily extend RCMP authority onto our lands. The massive exclusion zone, completely under RCMP authoritarian discretion, falls outside the injunction area. Chiefs and Wet’suwet’en people are illegally being denied access to their own territories.

We urge Canada to adhere to the UN Committee for the Elimination of Racial Discrimination (UN CERD) directives and to halt the Coastal Gaslink project, seek Free, Prior, and Informed Consent from the Wet’suwet’en Hereditary Chiefs, withdraw RCMP from our territories and ensure that no lethal weapons or force be used to forcibly evict Wet’suwet’en people from our lands. 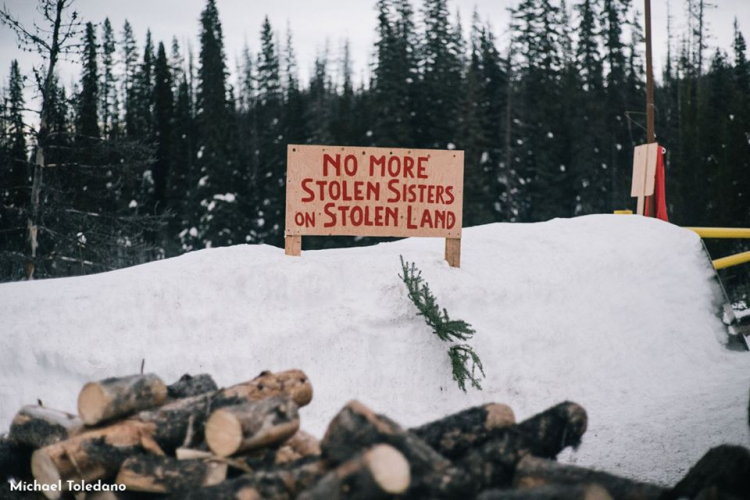 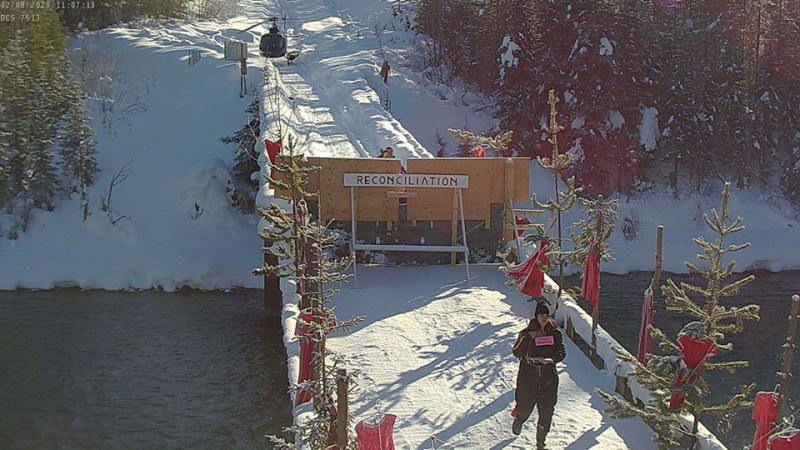 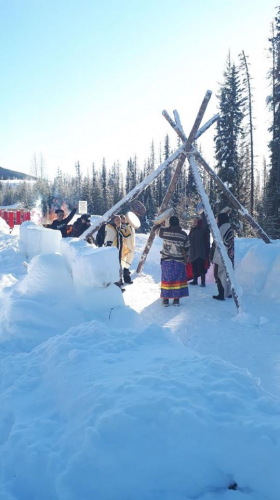 original image (539x960)
https://bsnorrell.blogspot.com/2020/02/wet...
Add Your Comments
Support Independent Media
We are 100% volunteer and depend on your participation to sustain our efforts!