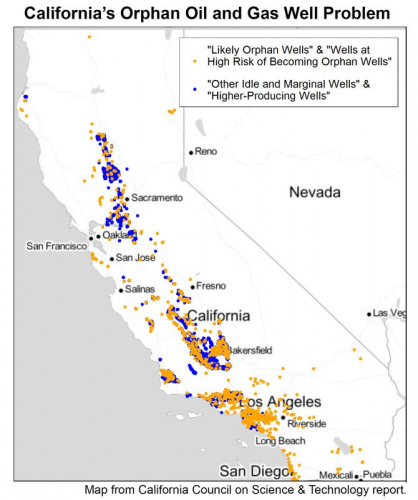 original image (670x800)
The Western States Petroleum Association (WSPA) the largest and most powerful corporate lobbying group in California, placed first in the annual lobbying “competition” in California in 2019 with $8.8 million spent on influencing legislators, the Governor’s office and other state officials, a position it captures most years.

When you add the $8.8 million from WSPA and the $5.9 million from Chevron, that comes to a total of $14.7 million spent on lobbying between the two oil industry giants.

Most notably, the money spent on lobbying by WSPA, Chevron and other oil companies was successful in preventing the Legislature from approving Assemblymember Al Muratsuchi’s AB 345, a bill to ensure that new oil and gas wells not on federal land are located 2,500 feet away from homes, schools, hospitals, playgrounds and health clinics,

Assemblymember Lorena Gonzalez made it into a two-old bill after pulling the bill from the docket of the Assembly Appropriations Committee that she chairs on May 16, 2019.

Unlike many other oil and gas producing states including Texas, Colorado and Pennsylvania, supposedly “green” California currently has no health and safety zones around oil and gas drilling operations.

For example, the state of Texas requires the fracking operations maintain 250 foot setbacks from homes, schools and other facilities while the City of Dallas mandates 1500 foot setbacks around oil and gas wells.

However, despite the flurry of oil industry spending on AB 345 and other bills last year, the bill has made considerable progress this year in the Legislature, passing the Assembly Floor by a vote 42 to 30 on January 27: http://www.dailykos.com/…

AB 345 is now in the Senate. The bill has been read for the first time and has gone on to the Committee on Revenue & Taxation (RLS) for assignment.

The increase in oil and gas drilling permits in recent years — and fact that California has no health and safety setbacks like many other states do — is a result of the millions of dollars every year that WSPA and oil companies spend every year on lobbying state officials, including the Governor’s Office and state regulatory agencies, as well as the many millions spent by the oil industry on campaign contributions to politicians and campaign committees.

Both the Jerry Brown and Gavin Newsom administrations expanded oil and gas drilling in California in recent years. The Brown administration approved 21,000 new or reworked well permits and Newsom’s regulators had approved over 4,049 new or reworked permits as of November 4, 2019. In addition, state regulators, while opposing new offshore drilling leases in federal waters off California, have increased offshore drilling permits in state waters under existing leases.

At the same time that California officials are approving new oil and gas wells, a report by the California Council on Science & Technology reveals that California taxpayers could be on the hook for more than $500 million to plug thousands of “orphan” wells drilled and abandoned by oil and gas companies.

The study, “Orphan Wells in California: An Initial Assessment of the State’s Potential Liabilities to Plug and Decommission Orphan Oil and Gas Wells,” was conducted at the request of the Division of Oil, Gas, and Geothermal Resources (DOGGR), now called the California Geologic Energy Management Division (CalGEM), under the California Department of Conservation.

“An initial analysis of readily available information suggests that 5,540 wells in California are, as defined, likely orphan wells or are at high risk of becoming orphan wells in the near future,” the report states. “The State’s potential net liability (subtracting available bonds held by CalGEM) for these wells is estimated to be about $500 million.”

According to Cal Matters (https://calmatters.org/newsletter/sacramentos-growth-industry-californias-educational-divide-san-franciscos-latest-scandal/), here are the five top spenders of 2019:

Here are the five top spenders over the past five years:

For more information about WSPA and Big Oil, go to: California's Biggest Secret? How Big Oil Dominates Public Discourse to Manipulate and Deceive: https://www.counterpunch.org/2019/06/07/californias-biggest-secret-how-big-oil-dominates-public-discourse-to-manipulate-and-deceive/
Add Your Comments
Support Independent Media
We are 100% volunteer and depend on your participation to sustain our efforts!