Newswire
Calendar
Features
Home
Donate
From the Open-Publishing Calendar
From the Open-Publishing Newswire
Indybay Feature
Publish to Newswire
Add an Event
Related Categories: San Francisco | Labor & Workers
Tartine ILWU 6 Workers Celebrate In SF In Fight To Organize Company
by Labor Video Project
Friday Feb 7th, 2020 8:04 AM
A celebration was held by hundreds of workers at San Francisco 24th and Mission as the over 100 workers at Tartine bakery voted to join ILWU Local 6. Workers talk about why having a union is critical to their lives. 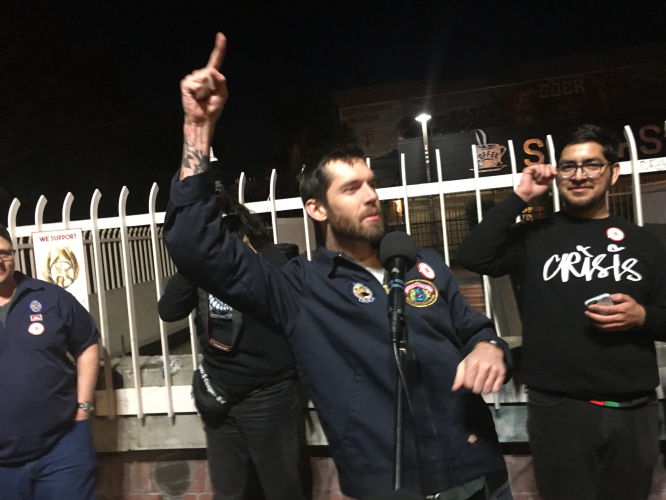 original image (4032x3024)
Hundreds of workers including Bay Area Tartine workers rallied on 2/6/20 at 24th and Mission in San Francisco.

The celebration was to announce their organizing efforts with ILWU Local 6. They spoke about why they unionized and why they chose the ILWU which led the San Francisco general strike in 1934.
The organizing drive also comes on the victory of the Anchor Steam brewery workers who won a union and contract after a one year fight. ILWU Local 6 continues to fight to get a contract VCA Mars in San Francisco. 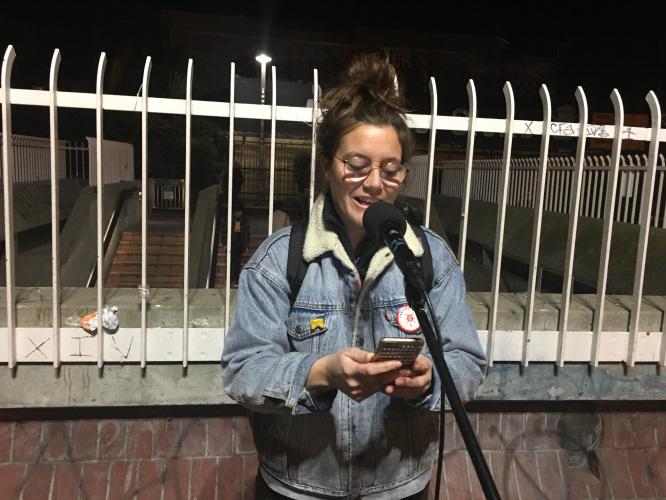 original image (4032x3024)
A baker at Tartine spoke out about why she supported a union and how the workers are defending themselves.
https://www.youtube.com/watch?v=fSzyIqU51s...
§Tartine Posters At 24th St.
by Labor Video Project Friday Feb 7th, 2020 8:04 AM 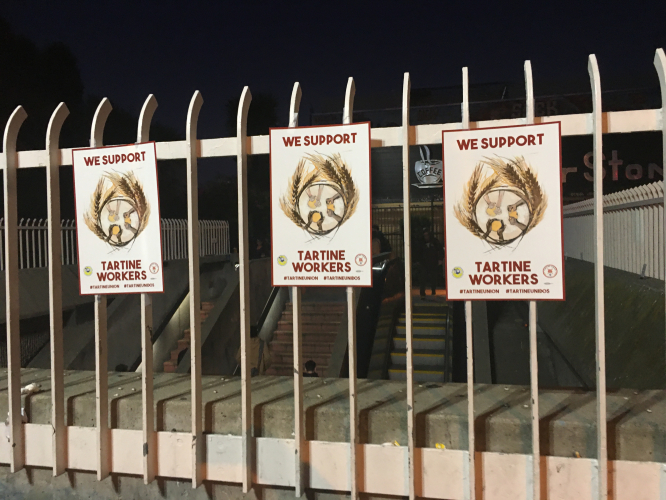 original image (4032x3024)
Supporters of the unionization drive put Tartine union posters up and later went throughout the district to post them at shops.
https://www.youtube.com/watch?v=fSzyIqU51s...
§Tartine Baker Speaks Out
by Labor Video Project Friday Feb 7th, 2020 8:04 AM 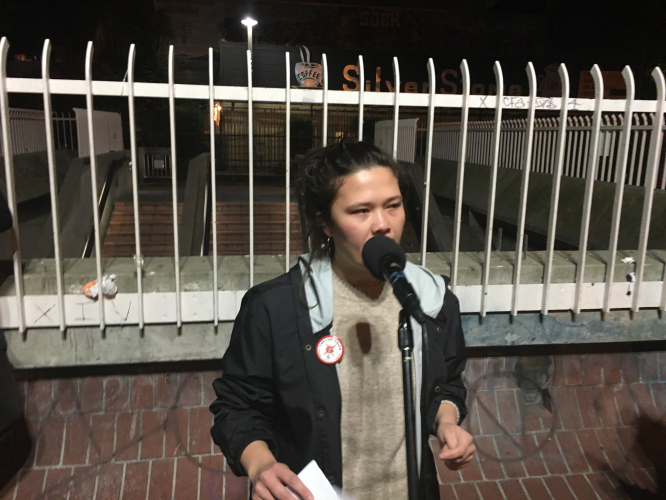 original image (4032x3024)
Tartine baker talked about the organizing drive lessons and what it means for other workers.
https://www.youtube.com/watch?v=fSzyIqU51s...
Add Your Comments
Support Independent Media