Add an Event
Newswire
Calendar
Features
Home
Donate
From the Open-Publishing Calendar
From the Open-Publishing Newswire
Indybay Feature
Publish to Newswire
Add an Event
Related Categories: Peninsula | Government & Elections
Excitement Turns to Anger in Palo Alto After Senate Trial Sham
by R.R.
Thursday Feb 6th, 2020 5:39 AM
In Palo Alto the Raging Grannies helped organize one of two rallies in that city to say Reject the Cover-up on February 5. 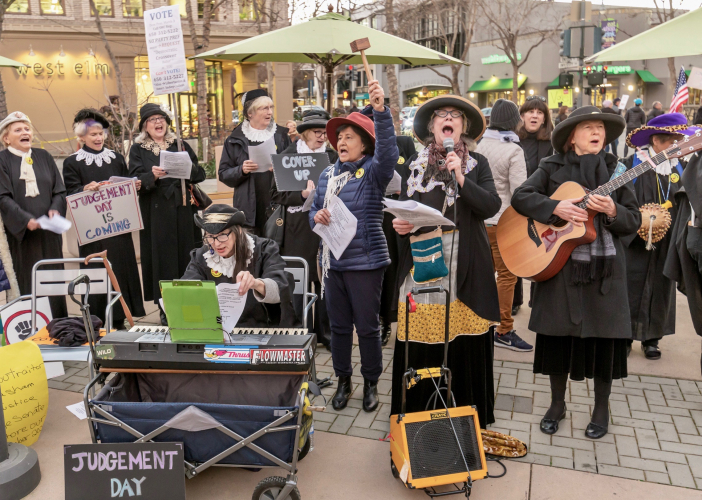 After an investigation revealed that he had sought foreign interference from Ukraine for the 2020 election, Trump was impeached by the House of Representatives on charges of abuse of power and obstruction of Congress. In Palo Alto Lytton Plaza was the scene of much excitement.

But after two contentious weeks in the Senate impeachment trial, Trump was found not guilty on both articles of impeachment. Working with a local organizer, the Raging Grannies pulled together yet another rally at the same plaza...this time everyone raged.

The Grannies brought keyboard, guitar and percussion instruments to keep up the beat. Dressed in black judicial robes, they raised a meat tenderizer turned gavel and rendered their verdict--the Senate trial was a total sham.
§Audience Rocks Along
by R.R. Thursday Feb 6th, 2020 5:39 AM 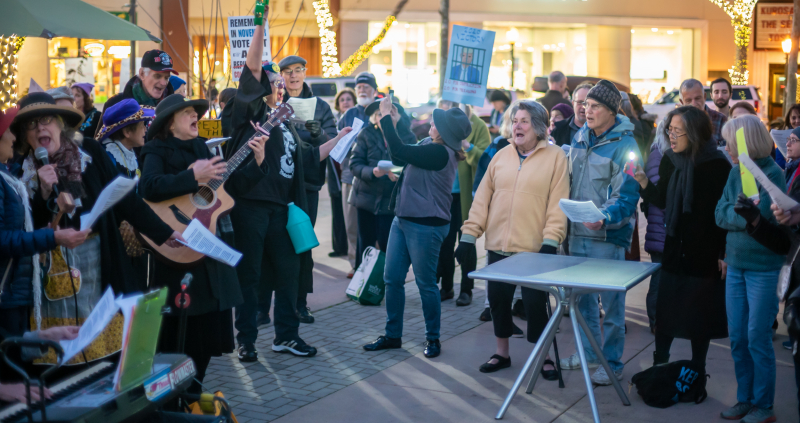 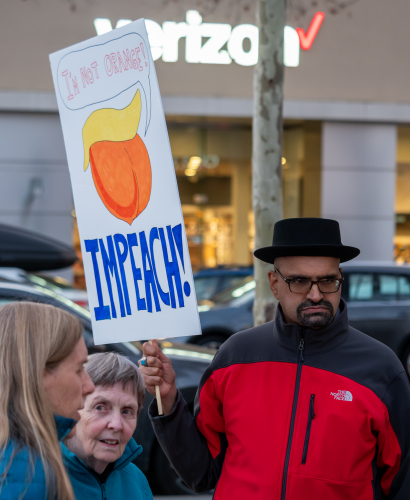 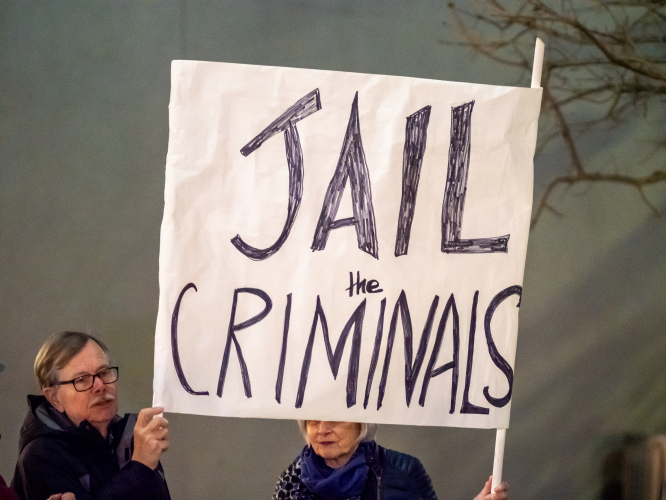 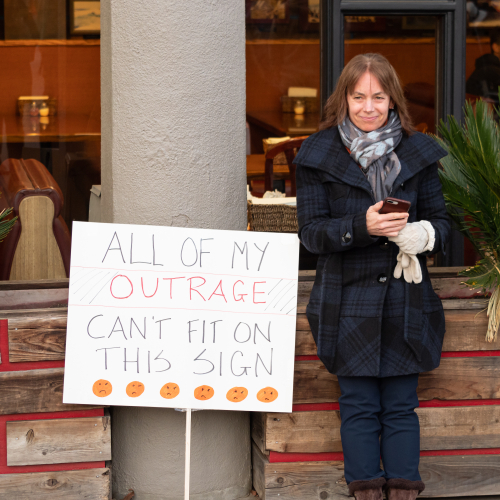 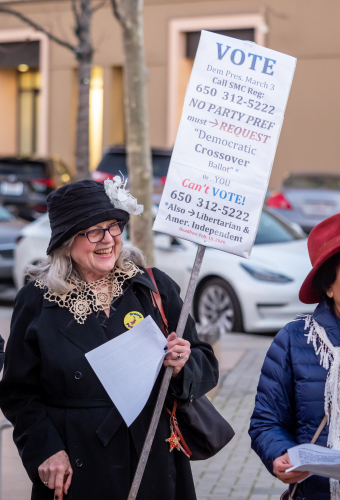 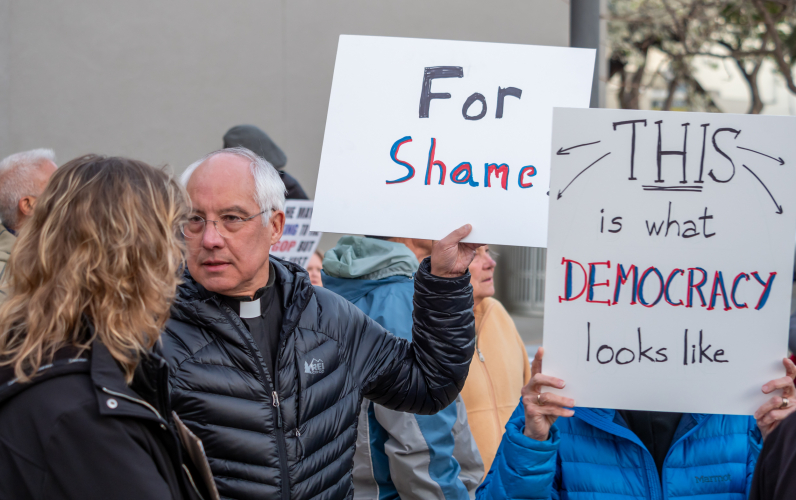 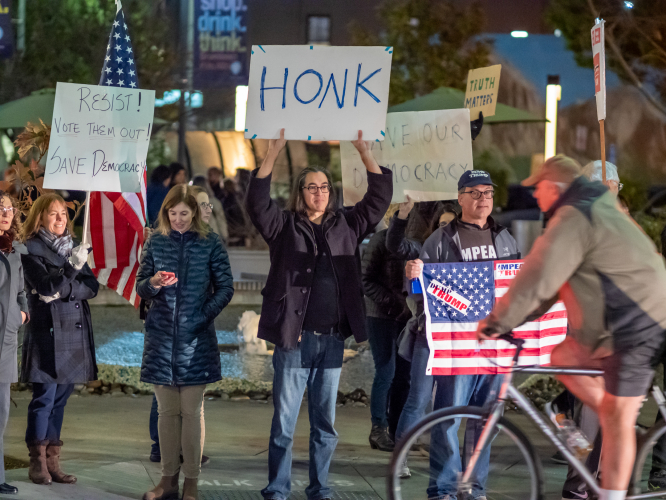 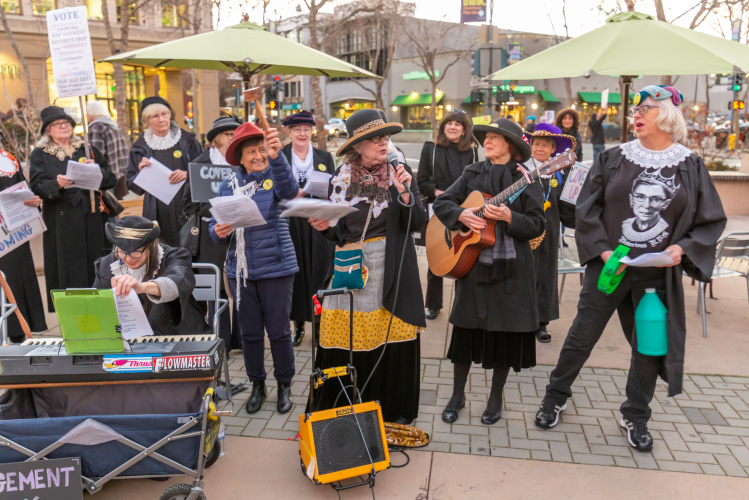 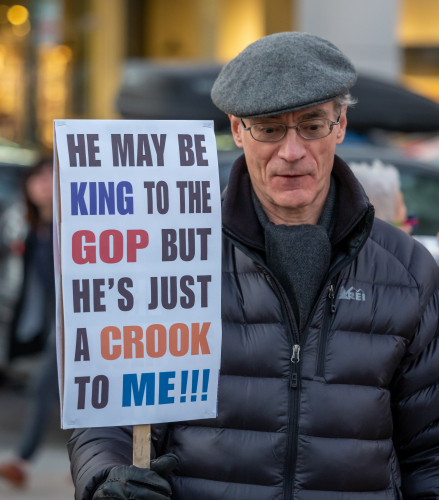 original image (2197x2500)
Add Your Comments
Support Independent Media
We are 100% volunteer and depend on your participation to sustain our efforts!