Add an Event
Newswire
Calendar
Features
Home
Donate
From the Open-Publishing Calendar
From the Open-Publishing Newswire
Indybay Feature
Publish to Newswire
Add an Event
Related Categories: San Francisco | Education & Student Activism
SF City Hall Speakout To Demand $2.7 M To Restore 300 Classes At SF Community College
by Labor Video Project
Tuesday Feb 4th, 2020 10:34 PM
A rally was held at San Francisco City Hall to support $2.7 million for the re-institution of 300 classes that have canceled by the chancellor Mark Rocha with the support of the CCSF Board of Trustees 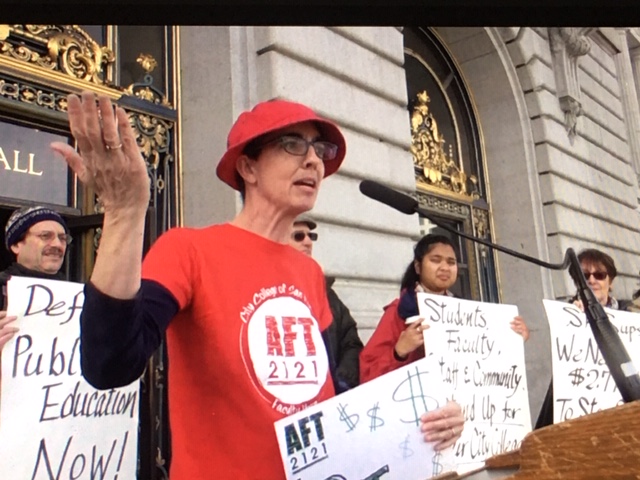 Seven Supervisors have supported the legislation but it requires 8 to become veto proof by SF Mayor London Breed who has said opposes the appropriation.

The speakout was called by the Higher Education Action Team HEAT had students from CCSF, faculty from AFT 2121 and also a faculty member and Executive Board member from Peralta Community College.

The California State Legislature has passed bills supported by the Lumina Foundation and ALEC to corporatize Community Colleges and punishing community colleges if working class students do not graduate within 2 years.

Additionally CCSF Chancellor Mark Rocha and Supervisor Mandelman are supporting the privatization of the college by selling off additional campuses to supposedly solve the budget crisis.

Are Community Colleges Meant Mainly to Crank Out Workers for Business? ALEC Lumina In CA
https://patch.com/california/lamesa/teachers-union-blasts

A Key (State) to Completion of Privatization
https://www.insidehighered.com/news/2017/08/04/california-embraces-completion-agenda-while-foundations-play-bigger-role 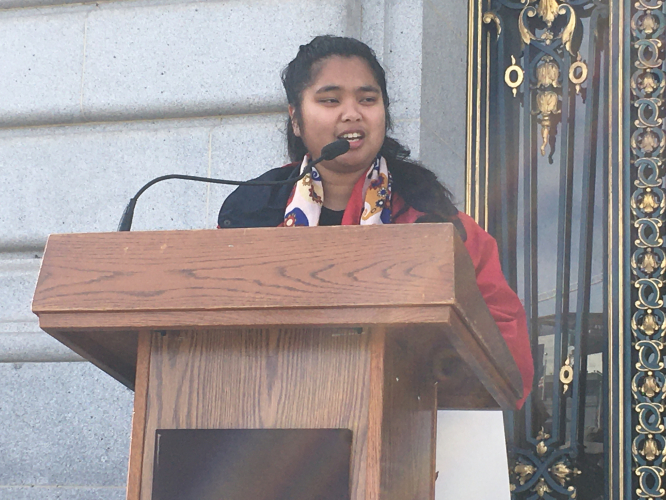 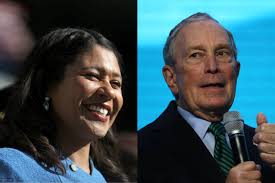 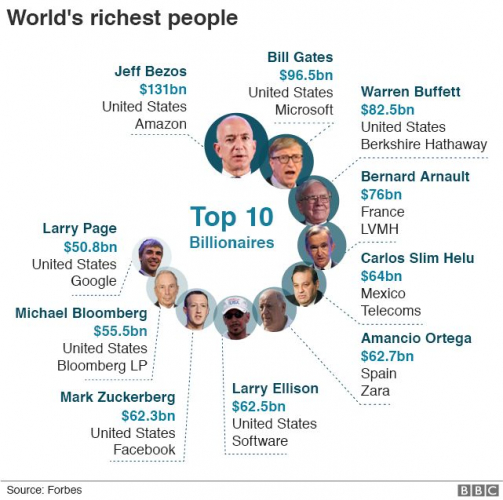 original image (641x637)
While the number of billionaires is growing public education is being destroyed in San Francisco and California.
https://youtu.be/55hE2tm1nfE
§Supervisor Mandelman and His Aid Tom Temprano
by Labor Video Project Tuesday Feb 4th, 2020 10:34 PM 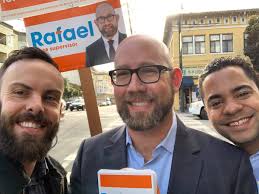 Supervisor Mandelman who is a non-profit development lawyer and his aid Tom Temprano who is on the CCSF Board of Trustees are both opposed to the city funding $2.7 million to restore the classes. Mandelman also wants SF City College to solve the budget crisis by selling off more campuses to developers.
https://youtu.be/55hE2tm1nfE
§Billionaires Profit While Students and Teachers Get Shut Down
by Labor Video Project Tuesday Feb 4th, 2020 10:34 PM 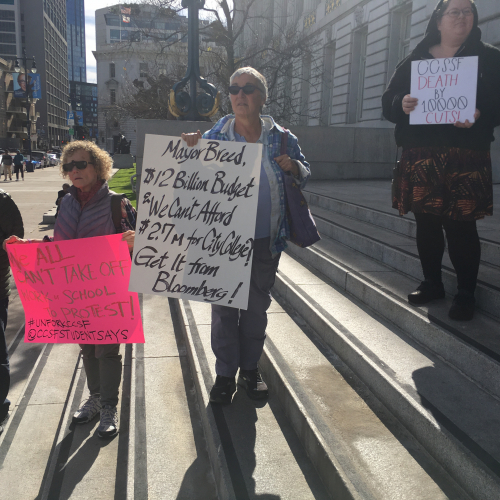 original image (3024x3024)
San Francisco which is one of the richest and wealthiest cities in the world is shutting down more and more of City college and selling it off to developers and speculators.
https://youtu.be/55hE2tm1nfE
Add Your Comments
Support Independent Media
We are 100% volunteer and depend on your participation to sustain our efforts!