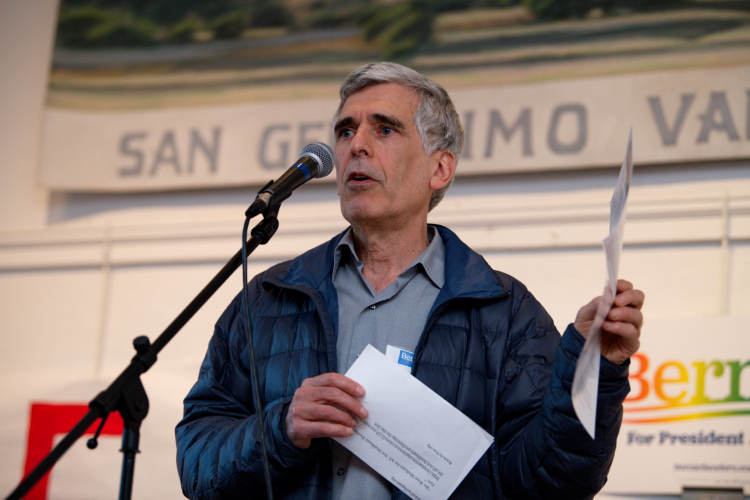 original image (2102x1400)
The Super Bowl was no competition for a group of West Marin voters who met support of Bernie Sanders’ Presidential Campaign at the San Geronimo Valley Community Center. Called in conjunction with the national online group, Roots Action, the gathering was the third in a recent series, held also in San Rafael and Petaluma.

Norman Solomon (Author, Columnist, Activist); Ruth Carter ( Chair California Democratic Party Senior Caucus); David Glick ( Writer, Poet, Psychotherapist); and Perry Lloyd ( CDP Delegate for AD 10, Meeting Organizer) addressed the enthusiastic crowd, giving their personal reasons for supporting Sanders at this fraught time in America and deftly handling questions from the audience. Support was also sought and given for a hoped-for proposition to alter Prop 13 for the tax base of large corporations, creating additional funding for schools, and for the establishment of a “Seniors for Bernie” group to combat the media perception that seniors are not his supporters.

Sanders is currently leading the polls in California, no surprise here. 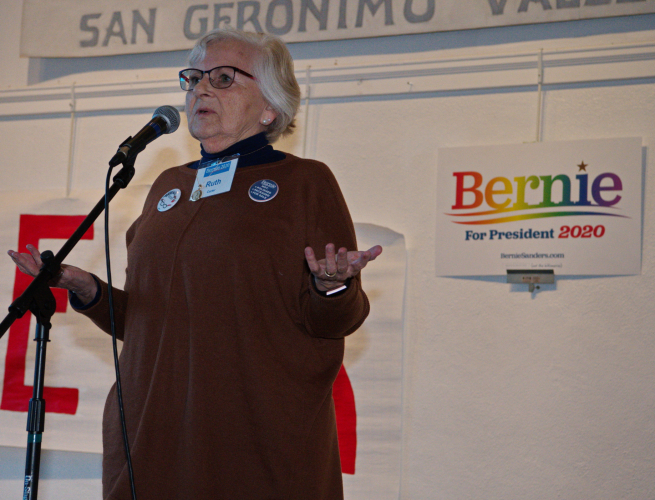 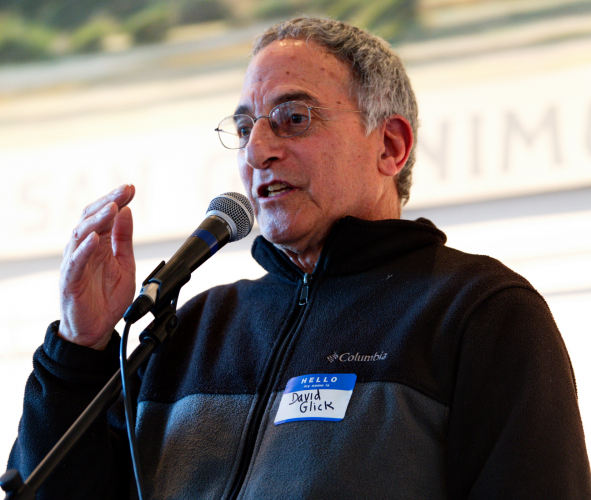 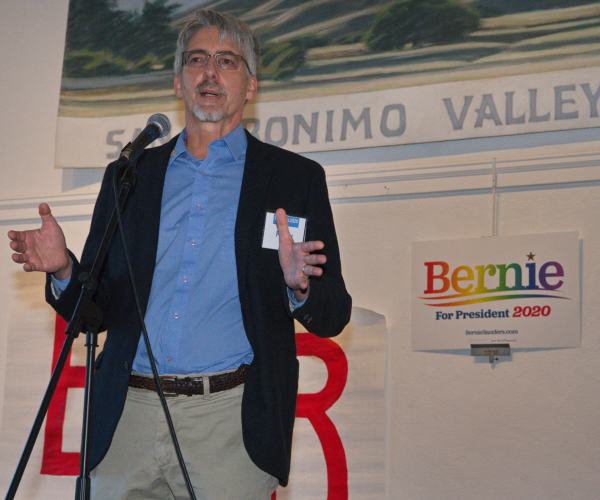 original image (1681x1400)
Add Your Comments
Support Independent Media
We are 100% volunteer and depend on your participation to sustain our efforts!