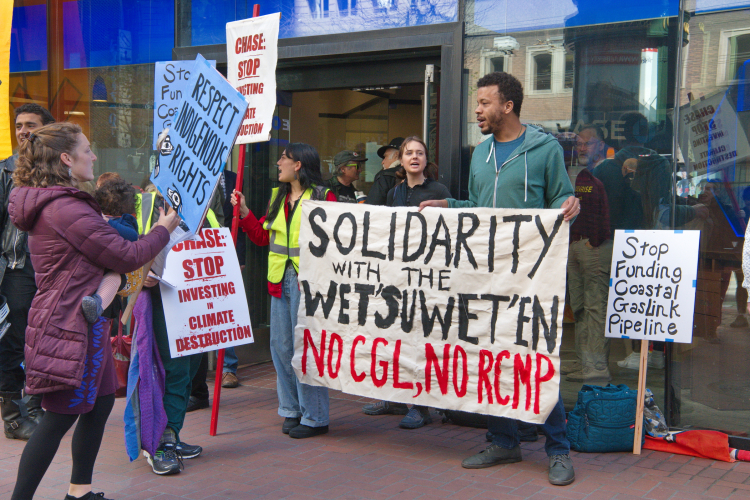 Assembling at Market and Montgomery street, over 150 demonstrators marched to the Market Street JP Morgan Chase branch to demand that the Bank stop the worst of all pipelines, the money pipeline from the Bank to the fossil fuel industry.

Between 2016 and 2018 JP Morgan Chase was the biggest fossil fuel industry funder at almost $196 billion. Wells Fargo was second at over $151 billion.

Coal, a dying industry, is highly dependent on bank financing for survival while the oil industry is losing its appeal to investors on many fronts.

The Saudis are diversifying their massive wealth away from oil. Stock prices in the industry are down as the financial press becomes ever less enthusiastic about the fossil fuel industry. For example, Zacks, a leading Investment research company, has as its lead article on August 19, 2019, “Oil & Gas US Integrated Industry Outlook: Prospects Gloomy.”

In Oil and Gas People.com we hear from the World Economic Forum in Davos:

The bosses of some of the world’s biggest oil companies discussed adopting much more ambitious carbon targets at a closed-door meeting in Davos on Wednesday, a sign of how much pressure they’re under from activists and investors to address climate change

Yes, the climate movement is working.

The oil industry, worried about its long term future, is eager for quick profits over the next two or three years before the economic and social pressures become too great. Quick and dirty (high interest) bank financing is saving them, at least for the moment.

Demonstrators with large signs converged at the Chase branch on Market Street. On the floor inside the bank, in front of the tellers, there was a simultaneous “die in” for over two hours.

Women in bright red rag costumes and painted white faces, appeared on Market Street and in a surreal slow motion, walked into the bank.

The writing is on the wall for the fossil fuel industry. This is a good time for the climate movement to intensify the pressure and finally put this money pipeline beast out of its misery. 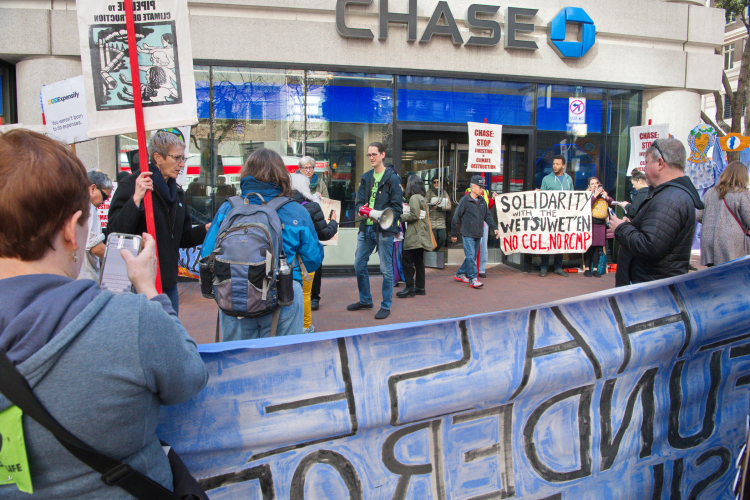 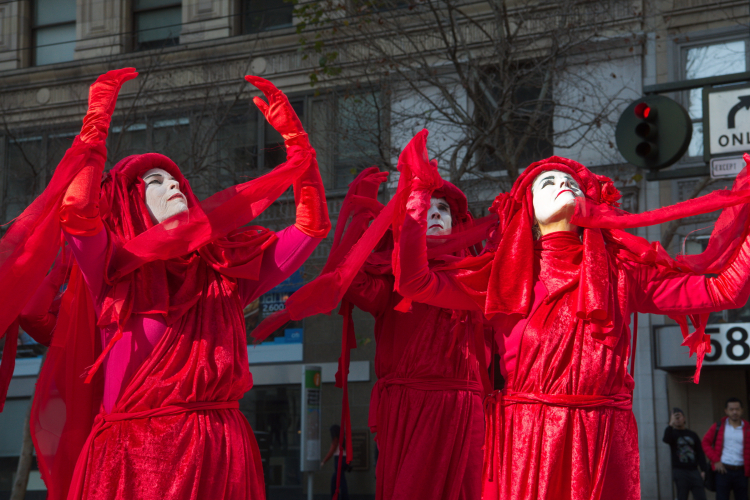 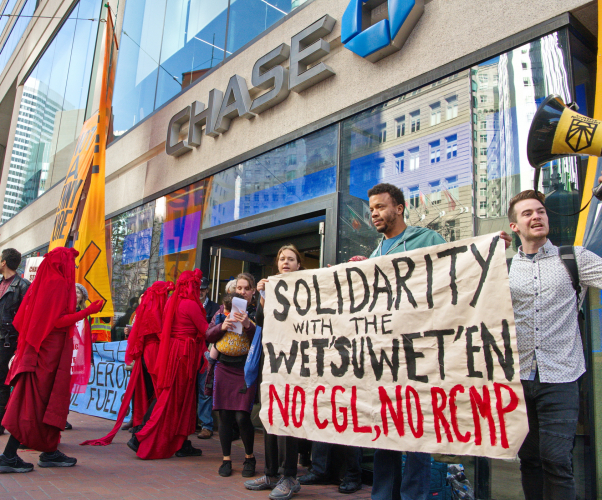 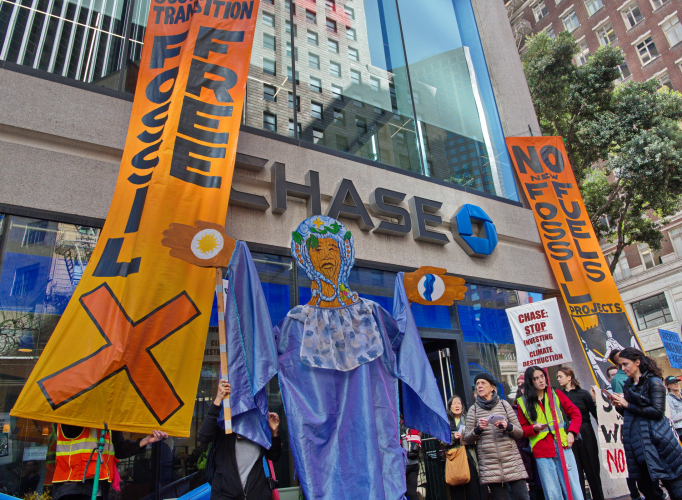 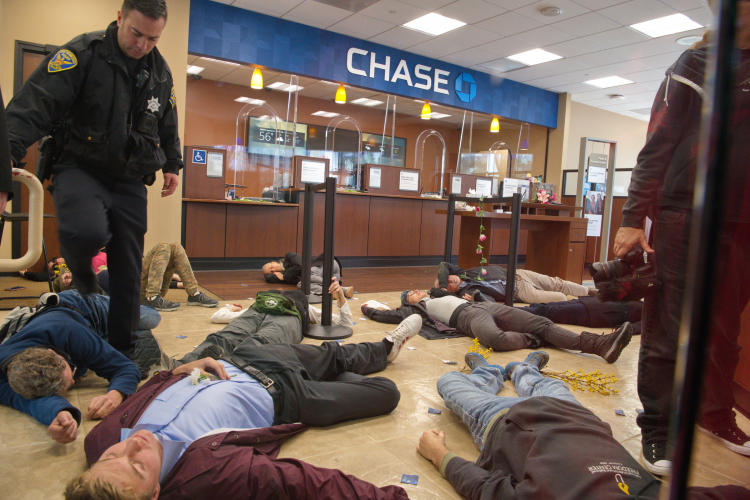 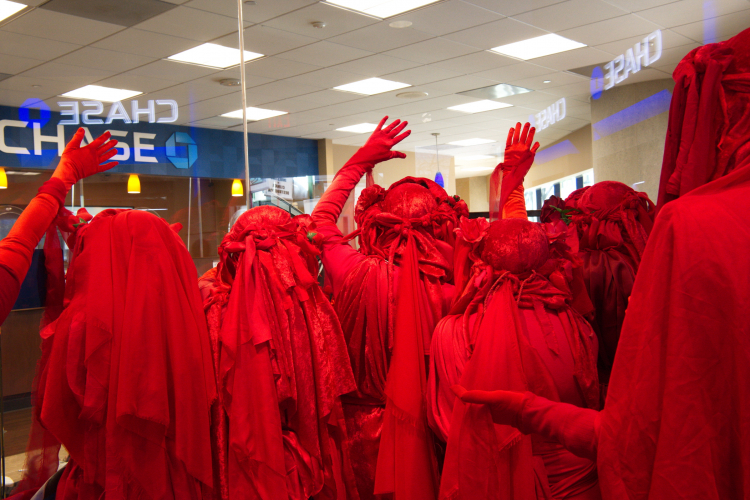 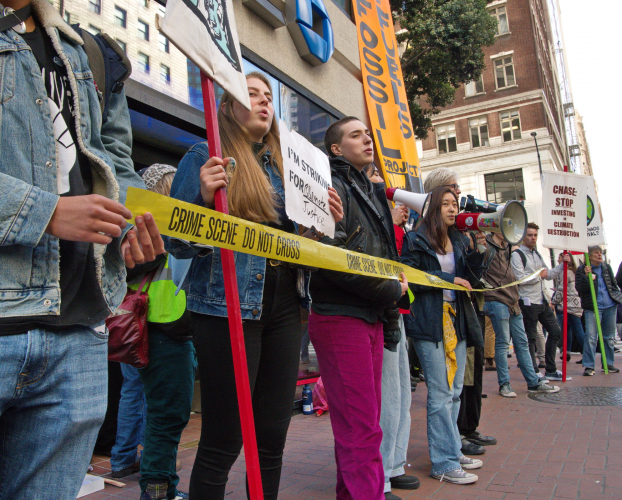 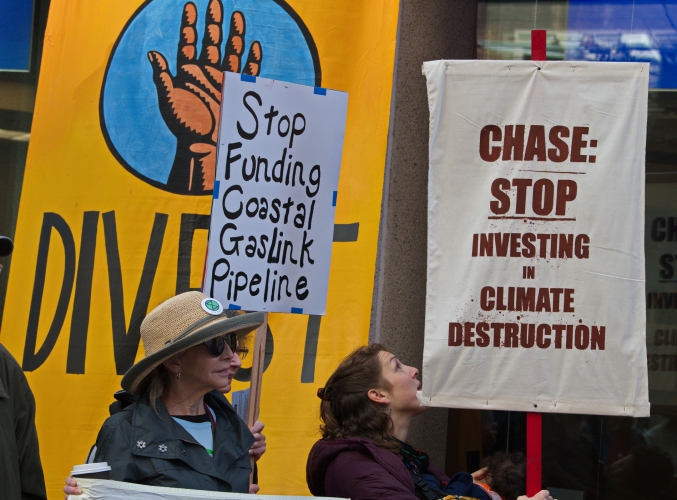 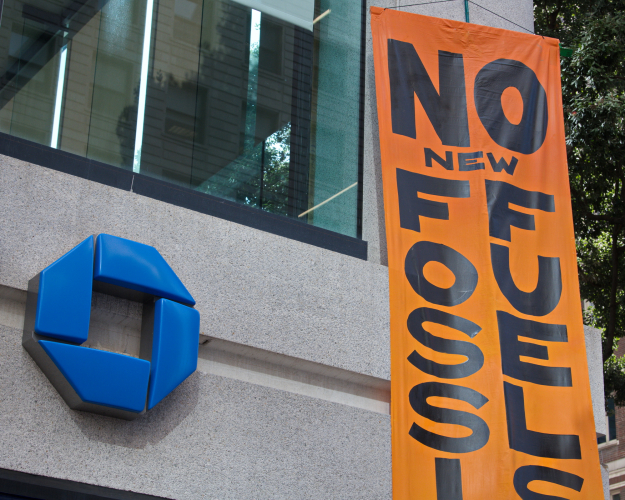 original image (2102x1400)
https://kunstena.smugmug.com/Politics/Demo...
Add Your Comments
LATEST COMMENTS ABOUT THIS ARTICLE
Listed below are the latest comments about this post.
These comments are submitted anonymously by website visitors.