Newswire
Calendar
Features
Home
Donate
From the Open-Publishing Calendar
From the Open-Publishing Newswire
Indybay Feature
Publish to Newswire
Add an Event
Related Categories: Central Valley | Environment & Forest Defense
Bill to develop health and safety setbacks around oil and gas wells passes CA Assembly
by Dan Bacher
Thursday Jan 30th, 2020 4:25 PM
If the bill makes it through the Legislature and is signed by Governor Gavin Newsom, it would finally put health and safety setbacks in place around oil and gas wells for the first time in California history. 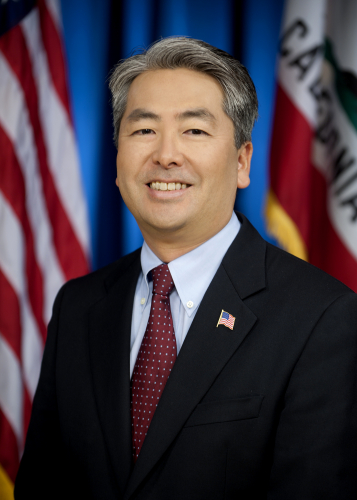 original image (2832x3965)
On January 27, Assemblymember Al Muratsuchi’s bill to establish 2500 foot health and safety setbacks around oil and gas wells passed by a vote of 42 to 30 through the California Assembly.

The bill, AB 345, is now in the Senate. The bill has been read for the first time and has gone on to the Committee on Revenue & Taxation (RLS) for assignment.

Unlike many other oil and gas producing states including Texas, Colorado and Pennsylvania, supposedly “green” California has currently no health and safety zones around oil and gas drilling operations.

For example, the state of Texas requires fracking operations to maintain 250 foot setbacks. This is by no means adequate for health and safety protections, but it is better than California that has zero required setbacks now. In addition, the City of Dallas mandates 1500 foot setbacks around oil and gas wells.

If the bill makes it through the Legislature and is signed by Governor Gavin Newsom, it would finally put health and safety setbacks in place around oil and gas wells for the first time in California history.

AB 345 establishes an environmental justice program within the Natural Resources Agency (NRA). The legislation requires, on or before July 1, 2022, the Department of Conservation (DOC) to adopt regulations to protect public health and safety near oil and gas extraction facilities that include a “minimum setback distance between oil and gas activities and sensitive receptors such as schools, childcare facilities, playgrounds, residences, hospitals, and health clinics.”

“Great news! My bill #AB345 passed the Assembly Floor,” said Assemblymember Muratsuchi in a tweet after the bill passed. “This bill requires @calnatresource to develop health and safety regulations to protect children, families and workers who live and work near oil wells, including the creation of buffer zones.”

Muratsuchi noted that nearly five and a half million Californians—mostly people of color—live within one mile of an oil or gas well. Studies link proximity to oil and gas wells to increased risk of asthma and other respiratory illnesses, pre-term births and high-risk pregnancies, and cancer.

Other harms and risks to human health and the environment include water contamination, noise pollution, leaks, spills of toxic chemicals and explosion, according to the Center on Race, Poverty and the Environment. Drilling and wastewater disposal threaten groundwater and pollute drinking water.

Muratsuchi thanked Assemblymembers Monique Limoncellos, Eloise Gómez Reyes and Luz Rivas and Assembly Speaker Anthony Rendon, along with two environmental organizations, Center on Race, Poverty and the Environment (CRPE) and Voices In Solidarity Against Oil In Neighborhoods (VISION) for their “support and partnership” on the bill.

The bill came under strong opposition from the oil industry and some labor unions last year — and was eventually made into a two year bill by Assembly Appropriations Chairwoman Lorena Gonzalez (D-San Diego). Gonzalez has received thousands of dollars in campaign contributions from both the oil industry and labor unions that oppose AB 345. For more information, read Steve Horn’s article: Why Did the California Assembly Table Oil Setbacks Bill? https://therealnews.com/columns/why-did-the-california-assembly-table-oil-setbacks-bill.

The Western States Petroleum Association, in opposition to a previous version of the bill, argued that AB 345 “will result in a significant loss of jobs, tax revenue, and an increased dependence on foreign crude oil. The oil and gas industry in California supports thousands of blue collar and union jobs, with an average annual salary of approximately $123,000. AB 345 will simply result in increased imports from foreign sources not operating under the same environmental standards and will lead to significantly higher transportation costs and an increase in greenhouse gasses and other emissions associated with bringing that oil into the state.”

On the other hand, the California Federation of Teachers, in support of a previous version of the bill, said AB 345 “will protect children and communities from the health and safety hazards associated with oil and gas extraction. Nearly five and a half million Californians, mostly people of color, live within one mile of an oil or gas well. Studies link proximity to oil and gas wells to a host of human health impacts, including increased risk of asthma and other respiratory illnesses, pre-term births and high-risk pregnancies, and in some cases, cancer. Oil and gas extraction produces toxic air pollutants, including volatile organic compounds (VOCs) like benzene and formaldehyde, fine and ultra-fine particulate matter (PM), and hydrogen sulfide,”

For more information about the youth-led climate justice campaign to phase out oil drilling in California, read Cesar Aguirre’s oped in the Sacramento Bee: Newsom must act to phase out oil http://www.sacbee.com/...

The increase in oil and gas drilling permits in recent years — and fact that California has no health and safety setbacks like many other states do — is a result of the millions of dollars every year that the Western States Petroleum Association (WSPA), the most powerful corporate lobbying group in California and the West, and oil companies spend every year on lobbying state officials, including the Governor’s Office and state regulatory agencies.