Add an Event
Newswire
Calendar
Features
Home
Donate
From the Open-Publishing Calendar
From the Open-Publishing Newswire
Indybay Feature
Publish to Newswire
Add an Event
Related Categories: San Francisco | Anti-War
No War, No Sanctions on Iran
by We Insist
Thursday Jan 30th, 2020 3:01 AM
January 25, 2020...a fabulous San Francisco turnout at the last in a series of emergency protests prompted by Trump’s assassination of Iran’s General Qasem Soleimani. 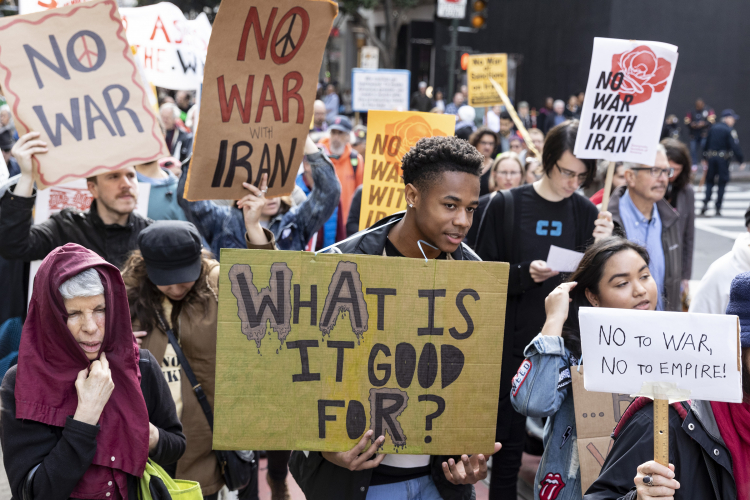 More than a thousand protesters spilled on to the streets of San Francisco demonstrating against war with Iran and the US-led sanctions against the country. Activists rallied at Powell and Market, then marched to Union Square chanting anti-war slogans all along the way. Speakers said they want Trump removed from office before he ignites illegal wars, calling him the greatest threat the US is facing.

They fear that Trump’s order to assassinate Iranian Revolutionary Guard Corps General Soleimani and sanctions on Iran could lead to more war in the Middle-East.

CodePink and the ANSWER coalition organized the international day of action. In San Francisco local activist groups including Arab Resource and Organization Center (AROC) and Bay Resistance had a strong presence.

Along their route Korean drumming provided a beat for the march. 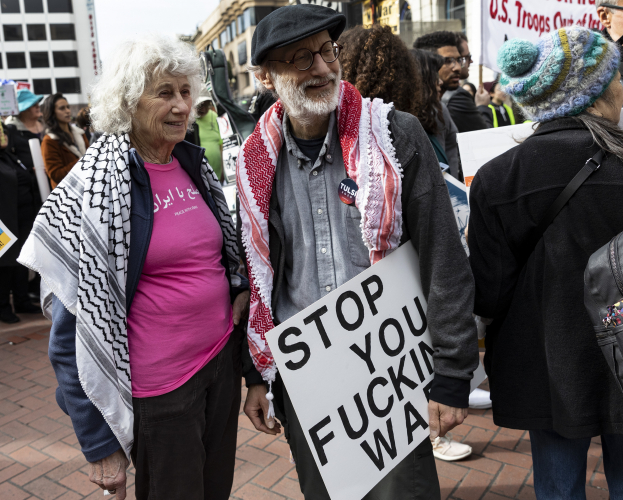 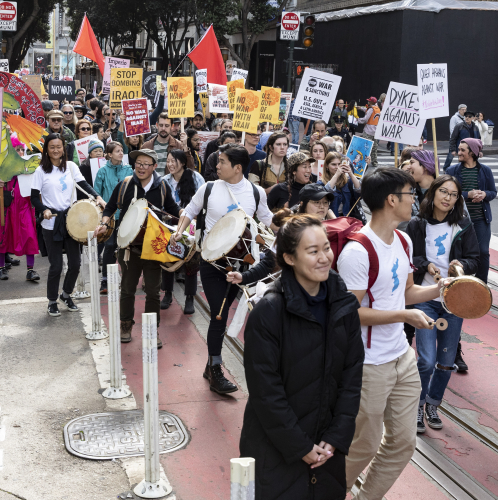 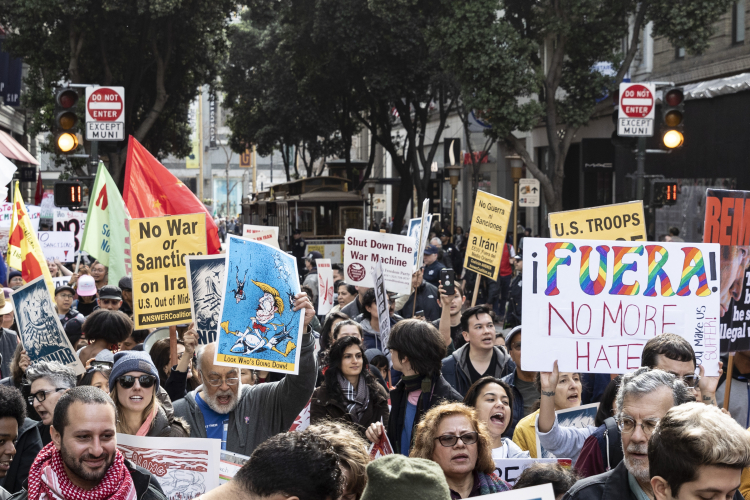 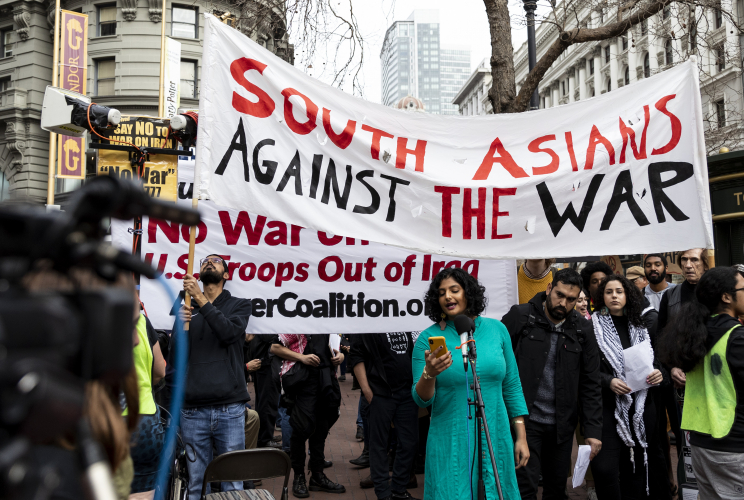 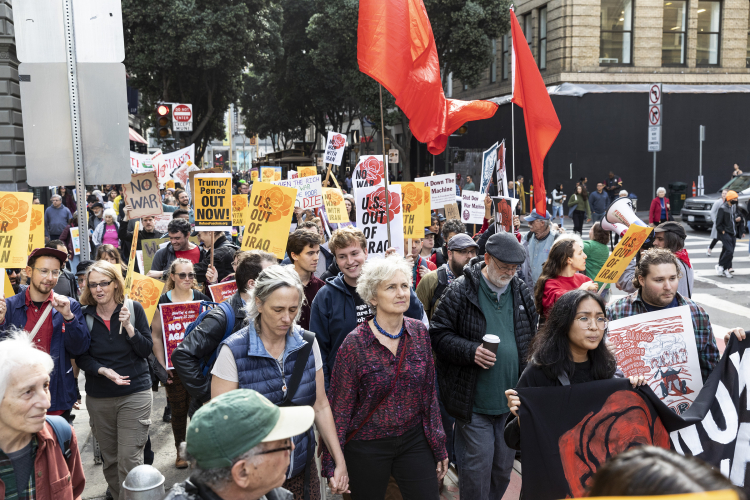 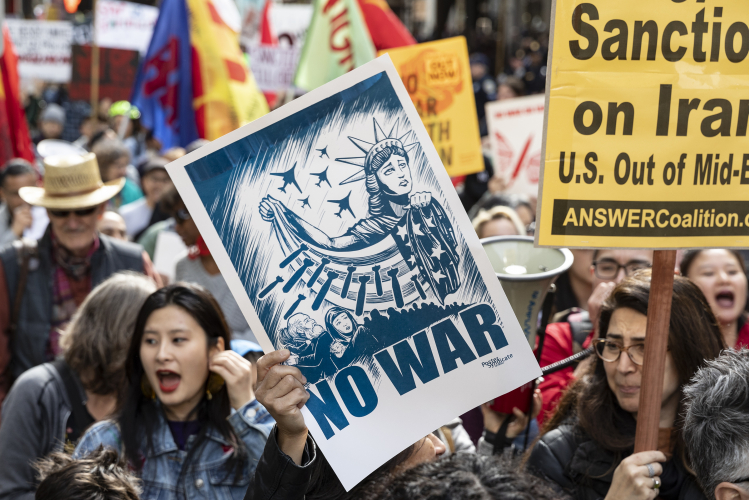 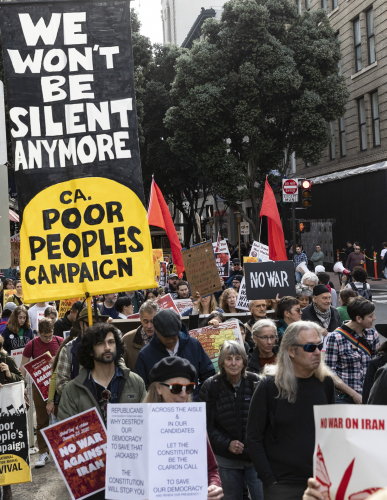 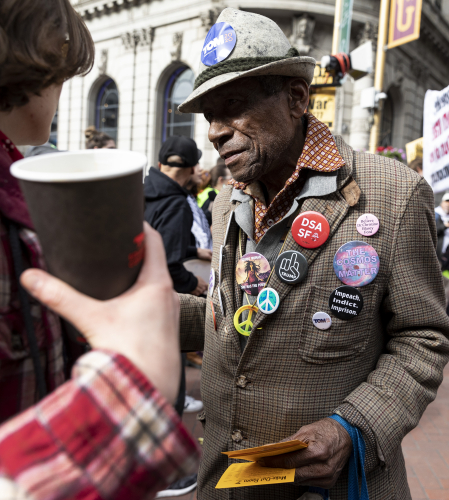 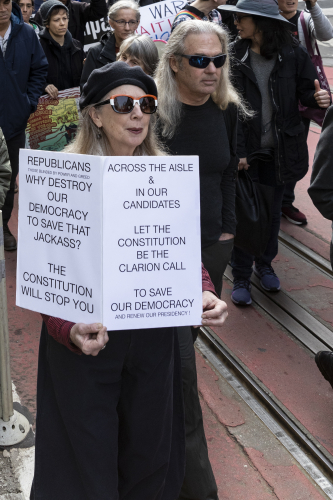 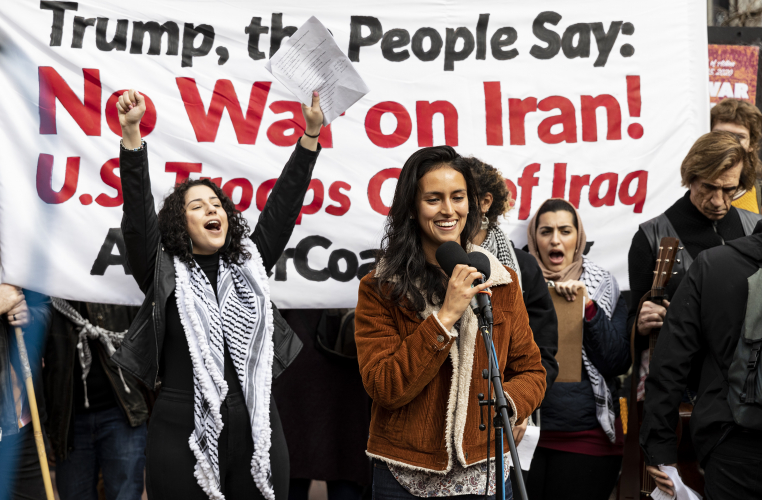 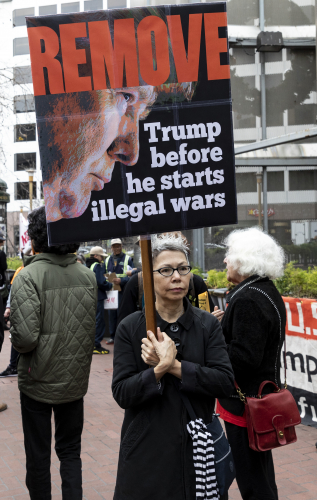 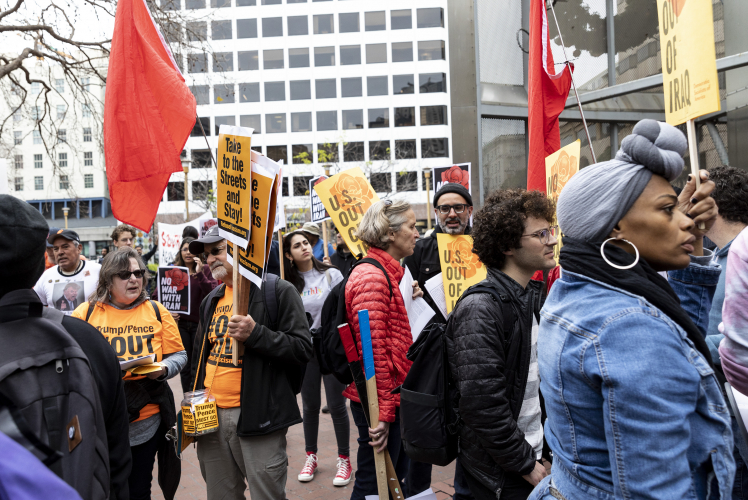 original image (3150x2104)
Add Your Comments
Support Independent Media
We are 100% volunteer and depend on your participation to sustain our efforts!