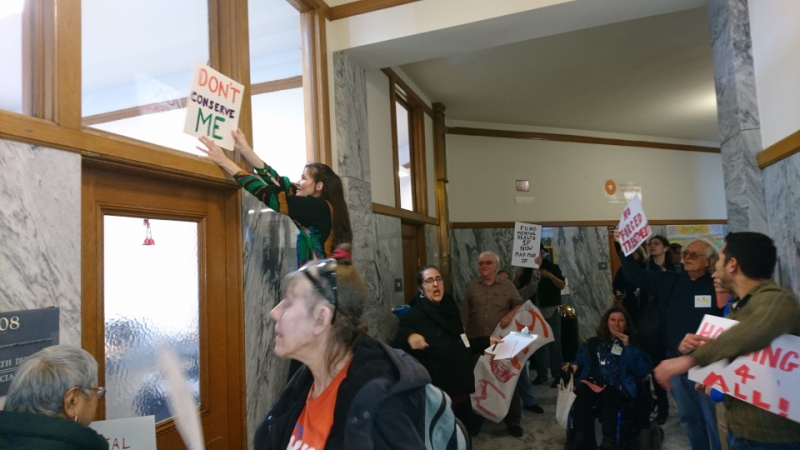 original image (960x540)
On Friday, January 24, 2020, Mad Mob SF, a new group of mental health peers organized to advocate for ourselves, held its first public event. A group of about 25 people rallied at noontime in Civic Center Plaza to introduce Mad Mob SF to the public. Several speakers shared why they joined Mad Mob SF during the beginning of the program.

Then the fun increased. The mob marched across the street to the entrance of the Department of Public Health at 101 Grove Street where it attracted the attention of spectators and led chants like “Peer Led Not Fear Led.” After about 10 minutes, the group entered the building to deliver a letter to DPH Director Grant Colfax with its demands, including no expansion of conservatorships and fully and immediately funding Mental Health SF.

The surprised DPH staff locked the door to Colfax’s office and even called in a Deputy Sheriff to confront the boisterous group that was exercising its First Amendment rights to free speech and to petition the government to redress grievances. Eventually, one of Colfax’s staff opened the door and accepted the letter.

Mad Mob SF then left the building, ended the rally and started thinking about its next steps. Please join Mad Mob SF at its next meeting on Friday, February 14, 2020 at Senior and Disability Action, 1300 Mission Street #400, SF, CA 94103 from 2 PM to 3:30 PM. For more information contact Raia Small at raia [at] sdaction.org. Check out the Mad Mob SF website here: https://sdaction.org/programs/mad-mob-sf-mental-health-consumers-working-group/. 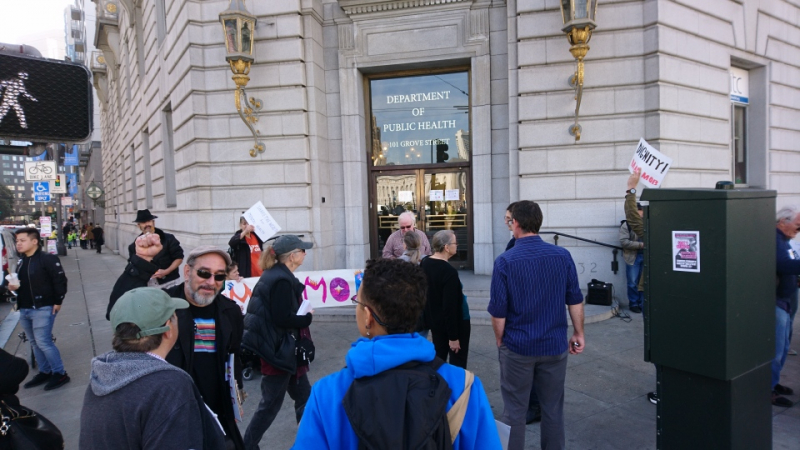