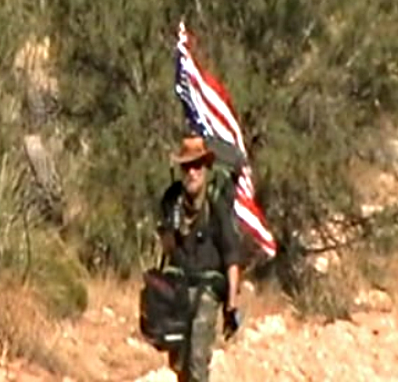 On December 5, 2019 at 11:00 AM local time, Commander X surrendered himself to the INM of Mexico in San Miguel de Allende and formally requested emergency refugee status and political asylum. He was well received, and his request for refugee status was immediately granted. The INM received from Commander X a legal packet containing his formal request for political asylum, a Change.org petition with the signatures of hundreds of people from around the world who support Commander X, and two hard bound copies of his books. The INM then attached their own positive report, and transmitted the entire package to COMAR in Mexico City.

On January 10, 2020 COMAR officially recognized my political asylum petition, and finding that it had merit - officially upgraded my status to that of Temporary Refugee. COMAR has now attached their own positive summary, and transmitted my political asylum package to the Foreign Secretary and the Interior Secretary of Mexico for formal review. A positive opinion is expected from these national leaders within 4 to 8 weeks. At that point Commander X will receive Permanent Refugee status, and may apply for permanent residency in Mexico. On January 13, 2020 Commander X met with the INM, again in San Miguel de Allende - and an INM Officer officially read the COMAR decision to Commander X, and had him sign a copy.

Commander X is not only the first person ever granted political asylum in a foreign country for persecution suffered under the flag of Anonymous - but as it turns out, he is also the first US citizen ever in history to claim political asylum in the nation of Mexico. Any journalist wishing to discuss these events with Commander X, or even visit him in exile in Mexico - should contact him personally at CyberWarLord [at] protonmail.com

Press Release: https://pastebin.com/UuPcMLxu
Add Your Comments
Support Independent Media
We are 100% volunteer and depend on your participation to sustain our efforts!