Add an Event
Newswire
Calendar
Features
Home
Donate
From the Open-Publishing Calendar
From the Open-Publishing Newswire
Indybay Feature
Publish to Newswire
Add an Event
Related Categories: South Bay | Anti-War
Call for "No War but Class War" in San José on International Day of Action Pt I
by R. Robertson
Tuesday Jan 28th, 2020 3:13 AM
San José demonstrators broadcast their demands on an international day of action against war with Iran on January 25. Several hundred people with signs and banners met at City Hall for a brief program then marched through the historic downtown to the intersection of Story and King Roads where they rallied. 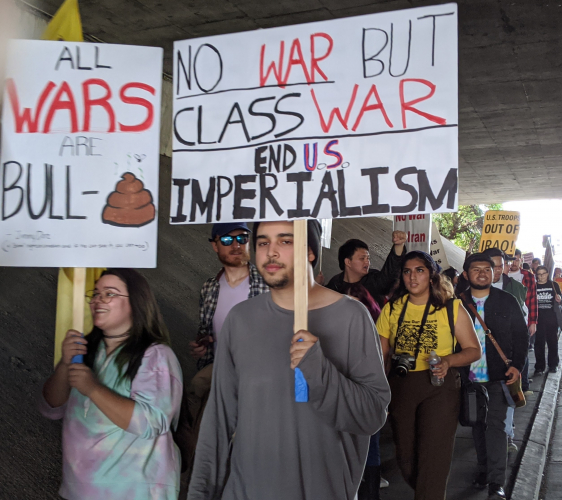 Brown Berets with their signature "La Causa" yellow flag marched ahead of a bright blue banner displayed by the South Bay Anti-Imperialist Coalition. Many organizations and individuals displayed messages to show the world on a day of international action co-sponsored by CodePink and ANSWER. CodePink members came with a sign calling for global peace, while ANSWER volunteers hoisted placards reading "No Intervention in Iran."

The Party of Socialism and Liberation's printed message said “We Condemn the Pentagon’s Assassination of Iran’s Leaders” while a Veteran for Peace held a hand-made sign "No Blood for Oil, Not Theirs Not Ours."

Granny Essie of the San José Raging Grannies reminded young Americans of the consequences of a U.S. invasion with her sign "If they Bomb Iran You Can Get Drafted." Signs in Spanish included "Muerte Al Imperialismo" and "Imperio Yanqui Fuera del Medio Oriente."

While there were many signs like the one "All War is Bullshit" calling for an end to every war, one sign said "No War but Class War." This last slogan is widely used by diverse groups as a means of underlining the priority of class struggle above other political aims and as a general anti-militarist expression. 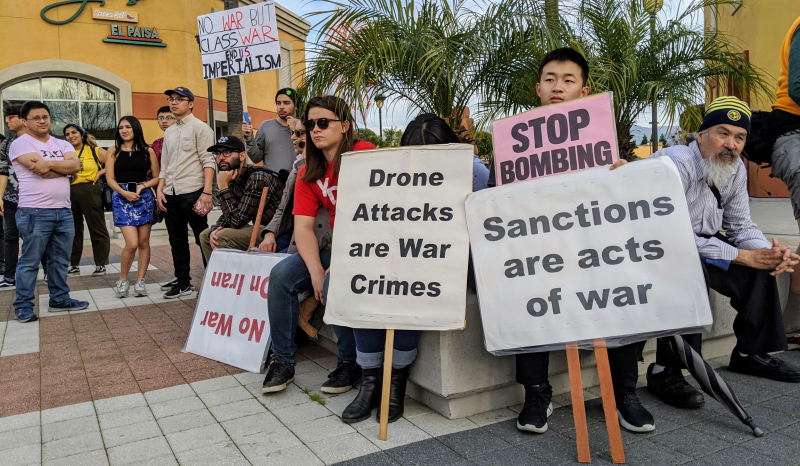 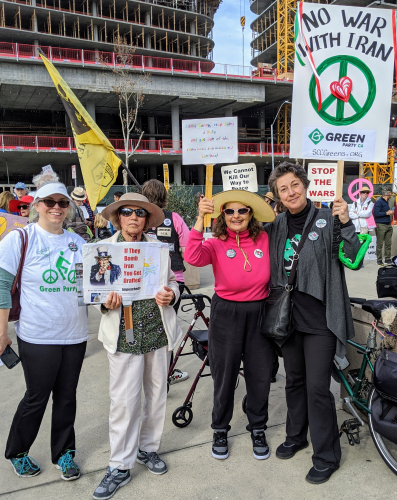 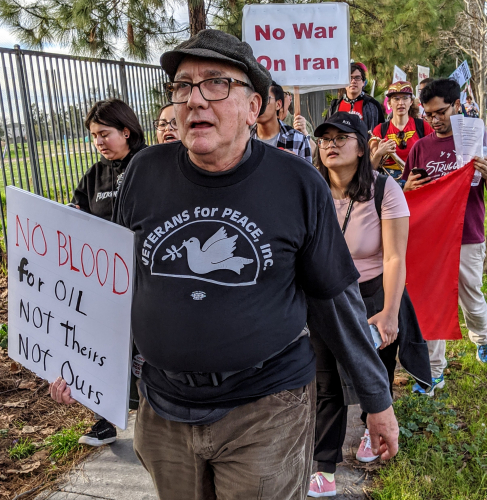 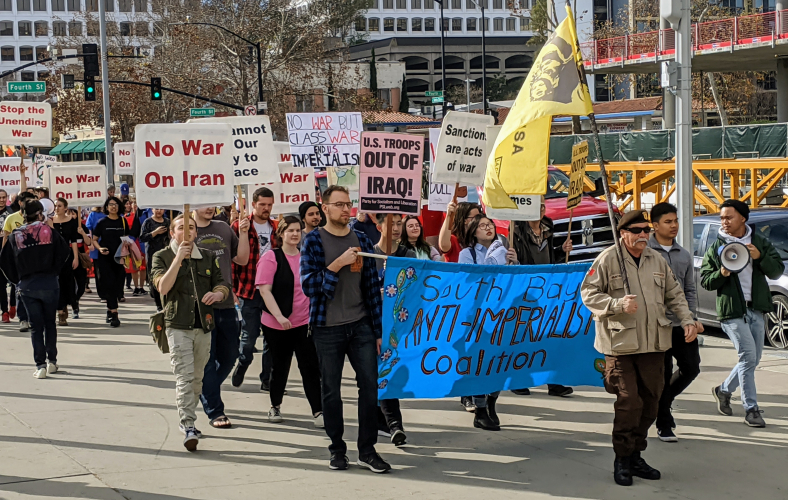 original image (3762x2387)
https://sanjosepeace.org/a-statement-from-...
Add Your Comments
Support Independent Media
We are 100% volunteer and depend on your participation to sustain our efforts!