Add an Event
Newswire
Calendar
Features
Home
Donate
From the Open-Publishing Calendar
From the Open-Publishing Newswire
Indybay Feature
Related Categories: Animal Liberation
How to eradicate raccoons: "We must stop the slaughter of this selfish species.
by non profit individual (Japan)
Saturday Jan 25th, 2020 11:35 PM
" How to eradicate raccoons "
(How to proceed with planned eradication)
by Wildlife Division, Natural Environment Bureau, Ministry of the Environment Government of Japan (JCN1000012110001)
( Outpatient Control Office) March , 2014 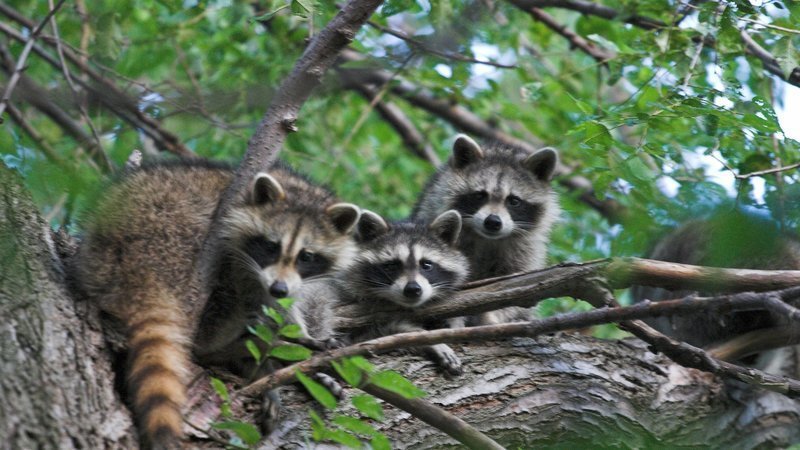 " How to eradicate raccoons "

(How to proceed with planned eradication)

(How to proceed with planned eradication)

First, let me explain the title of this manual.
It is expressed in Japanese as" 防除＝control ", but this is clearly intended to be "eradication". Therefore, the word "eradication" was used.

"We must stop the slaughter of this selfish other species."

This is an unreasonable atrocity of human convenience developed in various parts of Japan.

" Specific Foreign Biological Law "
According to the Foreign Biological Law, foreign species designated by law to be exterminated are referred to as "specific alien organisms". There are now 148 species, such as well-known mongooses and raccoons, which have been declared to be harmful to the original ecosystem and humans, such as the destruction of fields, poisoning and diseases that are harmful to humans.
" Convention on Biological Diversity,CBD "
The Japanese government considered this treaty.
then, In June 2004, the Specified Alien Biological Act was enacted. Effective June 1, 2005. Under this new law, among the organisms brought in from overseas, the specified alien species that may have a significant adverse effect on the ecosystem, agriculture and forestry, and human life of Japan are designated as "specified foreign species".
Raccoons have been designated for this "specific alien species"
This means the eradication of raccoons in Japan.

Why are they in Japan?
The reason for the wildness in Japan was that in 1962, 12 raccoons escaped from a zoo in Aichi Prefecture.
Many of them were imported as pets due to the influence of tv animation broadcast in the 70's.

now, I want to think about the period of high growth in Japan.
This is the afforestation policy of " The Ministry of Agriculture, Forestry and Fisheries."
Many of the owners of the mountain cut down the natural forests and planted "cedar" and "cypress " for money. The Japanese government helped with that.
And, nature in the vicinity was made a residential land because of the migration of the excessive population to the urban area.
Then they moved on to imported wood, and the price of "cedar" and "cypress "plummeted. And the owner left this unnatural artificial forest.
And Today, a huge amount of"cedar pollen" hits Tokyo every year. This is a man-made disaster.
More than half of Japan's forests are strange forests created artificially like this.
And, it is a housing lot. The Japanese government has created an environment where animals cannot live. If an animal approaches a man's house, it will definitely be shot.

I want to say!
At this point, many of japan's unique creatures had already been lost.The Japanese government does not recognize the failure of this afforestation project and transfers all responsibility to the foreign species.
At present, the Japanese government is targeting all the culprits as alien species such as raccoons, hostile to them and eradicating them.The Japanese government aims to eradicate raccoons.
I know this very cunning way.
[The fishes are gone!
The catch has decreased. Yes, it's caused by whales and dolphins! Kill them!! ]
At any time, the Japanese government subsidizes the slaughter. Agriculture and fisheries take it and slaughter animals that don't say things.
I think that it changes suddenly to the slaughter mania, and it loses sight of the essence. If you kill them, everything's ok.
If we eradicate them, everything is ok. All responsibility lies with human beings. Pet vendors, Japanese government, irresponsible owners.
And now Is the crop damage enormous? No, it's a grant. And, the crops are ruined also in the animal peculiar to Japan. Of course, they are also killed.
The Japanese government must acknowledge the failure of the afforestation project and stop easily killing other creatures. They have no sin. Stop making wrong education the next generation.

I want to help raccoons. Capture means death.
Here's a very interesting view.
It is wakayama prefecture in taiji which is famous for the killing of dolphins.
"Raccoon slaughter and effective use of fur products are also considered by Kinokawa City and kinki University."Mainichi Shimbun February 23, 2011 Regional Edition, Kinokawa City, Wakayama Prefecture"

In 2005, 693 Raccoons were killed.In 2009, 1502 Raccoons were killed. [ in wakayama]
Researchers at kinki University and Kinokawa City have begun to examine raccoons native to North America, which are disposed of as harmful animals such as roughing crops, into fur products.

Wakayama Prefectural Government's policy of making money by animals is a common principle.
The killing of dolphins in Taiji has not ended yet. Hey! Wakayama. Do you make money with fur in this time?
There is a professional of the murder here. He is proudly performs on his own capture trap.
he even writes a book about capture.

Finally, I think. Blaming other creatures for the sins committed by human beings is evil and a very stupid policy.
And the Japanese government wants to play honor students against foreign countries at any time.
The shame part such as the dolphin slaughter of "Taiji" must be concealed.
To play the honor student. This killing is a similar thing.

Dolphin slaughter in "Taiji". Wakayama Prefecture and the Japanese government lie when it comes to food and tradition. After all, the goal is to sell young dolphins to aquariums, and all the other families are killed. Again, money is the primary objective.

in agriculture. "chinese cabbage " harvested in large quantities is not shipped to the market. Because it lowers the overall price. Consumers buy expensive vegetables. Farmers dump "chinese cabbage" and bury them with bulldozers. It would be something wrong. Of course, money takes precedence here too.
It is very regrettable that this agricultural system claims only damage from animals.

Raccoons who have no right to speak and animal rights in human society. On their behalf, I will send this SOS message from Japan to the world.
Here is a list of ministries related to raccoon eradication policy. Please contact various places to stop this killing. I'm begging you.Please spread it by SNS etc.
thank you.

Name, Email address, Other information , Not required.
You can use this.
https://www.kantei.go.jp/foreign/forms/com...
Add a Comment
Support Independent Media
We are 100% volunteer and depend on your participation to sustain our efforts!