We will STAY in the streets into the afternoon, to protest this year's Christian fundamentalist "Walk for Life" attack on women's abortion rights. 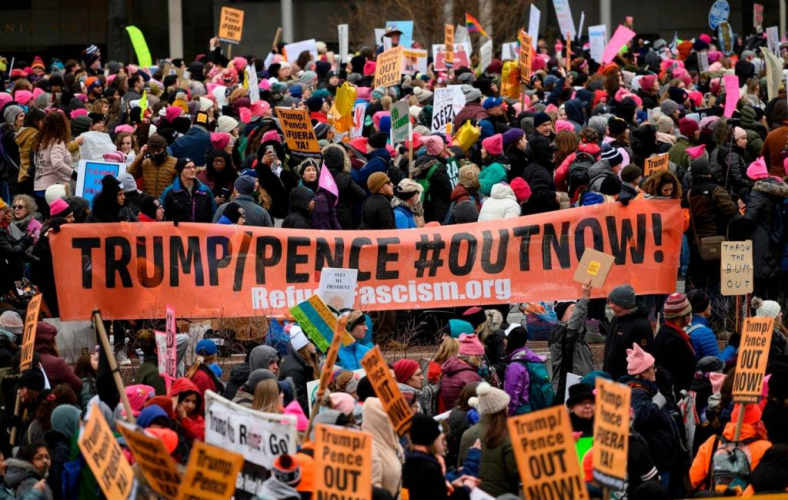 original image (1024x649)
With a new surge of hope and energy from impeachment — and even greater urgency to prevent new U.S. war moves in the Middle East — now is the time to seize the moment and join together, recognizing that only a determined struggle of thousands and ultimately millions taking to the streets in a broad based movement of continuing protests can create a political crisis from below that could force this whole regime from power.

From war—even nuclear war, casually threatened—to the right to abortion stripped away… THIS IS FASCISM UNFOLDING AND IN POWER.

The harmful hypocrisy of "The Right To Life" movement will confront powerful contradiction this Saturday, when anti-war activists decry the deadly consequences of the "holy" wars hailed by leaders of Christian supremacy. We hold that American lives are NOT more valuable than others.

It's time to connect the dots. Trump's brazen war crimes on Iran are of a piece with Pence's fundamentalist war on women. Both represent an existential danger and threat to humanity. #OUTNOW is a single unifying demand that everyone can take up, across different perspectives, geographies and righteous streams of struggle — and be out in the streets. Together, let’s turn dread and fear of the future into a force for hope.
https://www.facebook.com/events/1315206395...
Add Your Comments
Support Independent Media
We are 100% volunteer and depend on your participation to sustain our efforts!