Newswire
Calendar
Features
Home
Donate
From the Open-Publishing Calendar
From the Open-Publishing Newswire
Indybay Feature
Publish to Newswire
Add an Event
Related Categories: U.S. | Police State & Prisons
Police Violence Leading Cause of Death in United States
by Felicia
Thursday Jan 23rd, 2020 10:30 AM
Police violence is a leading cause of death for young men in the United States. The average lifetime odds [for all races] of being killed by police are about 1 in 2,000 for men and about 1 in 33,000 for women. Police officers with a military background significantly more likely discharged their firearm while on duty. 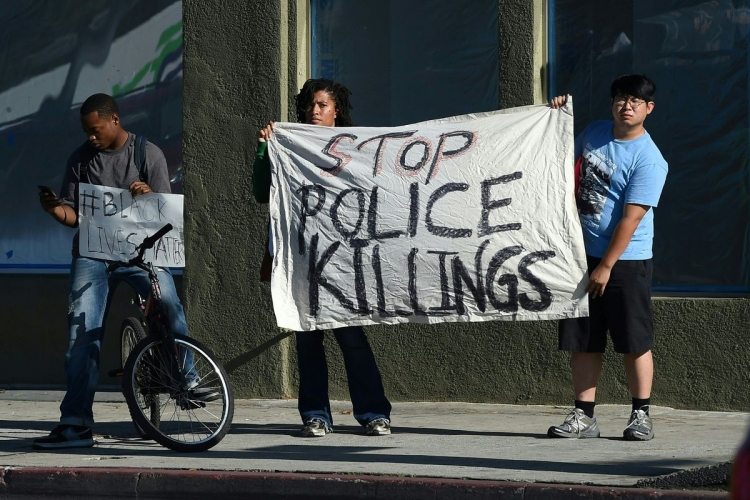 In the United States, police officers fatally shoot about three people per day on average. [The number of people who are shot by police but survive their injuries is much higher than three people per day.] Social scientists and public-health researchers have begun to dig into these records and have produced more than 50 publications so far — up from a trickle of papers on the topic before 2015. Although the databases are still imperfect, they make it clear that police officers’ use of lethal force is much more common than previously thought.

In Seattle, investigators reviewed the Police Department’s reports on the use of force and found that one out of every five episodes was excessive. (https://www.justice.gov/sites/default/files/crt/legacy/2011/12/16/spd_findletter_12-16-11.pdf)

Of course most use of force by police is not deadly force. According to a Department of Justice (DOJ) Study https://www.bjs.gov/content/pub/pdf/punf0211.pdf between 2002-2011 polce used force against 715,500 people and in 535,300 cases (75%) that force was found to be excessive. It is likely that the use of force is much higher than reported in the DOJ study, since use of force is investigated by the police themselves. 535,300 cases of excessive use of force are just the cases that couldn't be covered up! But, even if we accept the DOJ report as complete and accurate that is an average 59,478 cases per year (163 cases per day, each and every day for nine consecutive years) where an investigation determined that police used excessive force against us.

A separate DOJ study (https://www.bjs.gov/content/pub/pdf/cpp15.pdf) looking at residents who experienced nonfatal threats or use of force during contacts with police,in just 2015 found that 985,300 people experienced some type of use of force by police during that year (2015). Almost none of these use of force cases resulted in an official investigation, but according to the DOJ report in almost half of the cases 48.4% the person involved perceived the force used by police to be excessive in their last (most recent) police initiated contact.

Police too often view the residents of the communities that they "serve" as the enemy. This is especially true where police officers have a military background. A Marshall Project (https://www.themarshallproject.org/2018/10/15/police-with-military-experience-more-likely-to-shoot) study in 2018 found that "police officers with military experience were significantly more likely to have discharged their firearm while on duty than cops with no military service... Results from this study suggest that veteran status, regardless of deployment history, is associated with increased odds of shootings." Many veterans becoming police officers in communities have a "military police" background, and when these veterans come from massively corrupt military police departments, such as Joint Base Lewis-McChord (https://www.theolympian.com/news/local/article25280662.html), you will see an increase in misconduct / violence as they perform their duties in the civilian community.