Add an Event
Newswire
Calendar
Features
Home
Donate
From the Open-Publishing Calendar
From the Open-Publishing Newswire
Indybay Feature
Publish to Newswire
Add an Event
Related Categories: San Francisco | Health, Housing & Public Services
SF Treasure Island Former Residents File Suit For Contamination /Injuries & For Shutdown
by Labor Video Project
Tuesday Jan 21st, 2020 4:35 PM
Former residents of San Francisco Treasure Island filed a lawsuit for their contamination by radioactive and other chemicals on them and their families and for the shutdown of the development project. They also charged there was collusion by government agencies and City, State. and National politicians to push ahead with the multi-billion dollar condo/hotel development. 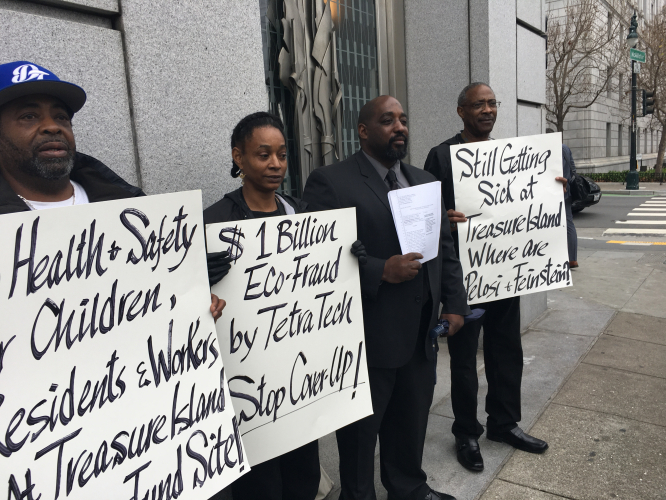 The suit filed by their lawyer Stanley Goff charged that they had not been informed about the radioactive contamination and that it had led serious illnesses and even deaths.

They are seeking damages of $2 billion and also the shutdown of the development project.

They also said that they had filed complaints with Cal-OHSA and other government agencies about the radiation, chemicals and toxins but had received no response and investigations.

They and their lawyer also charged that there had been and continues to be a collusion between the developers to push forward with the project regardless of health and safety dangers as well as environmental dangers.

They charged that in the event of a major earthquake there would. be liquefication of the Island leading to the collapse of any condo skyscrapers and hotels. 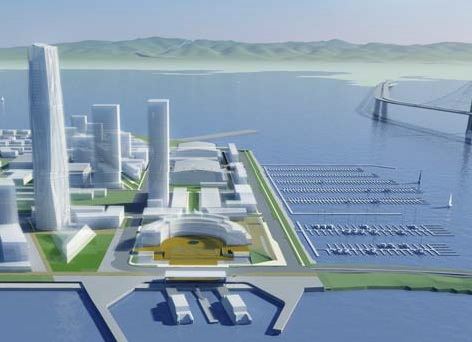 Speakers charged that if there was a major earthquake there would be liquefication of the Island threaten any hotels or condo skyscrapers
https://youtu.be/04Aq7-TC9Ks
§Politicians Pushed Toxic SF Treasure Island Development
by Labor Video Project Tuesday Jan 21st, 2020 4:35 PM 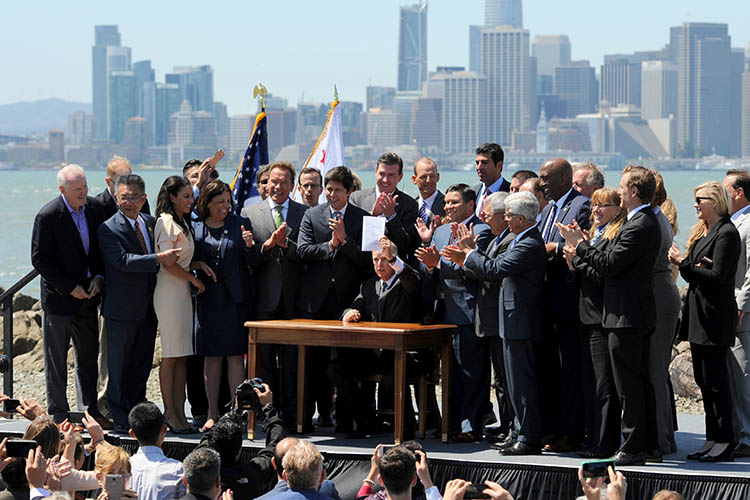 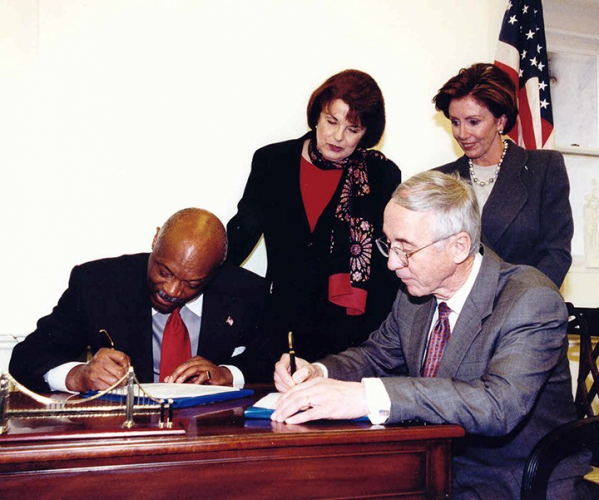 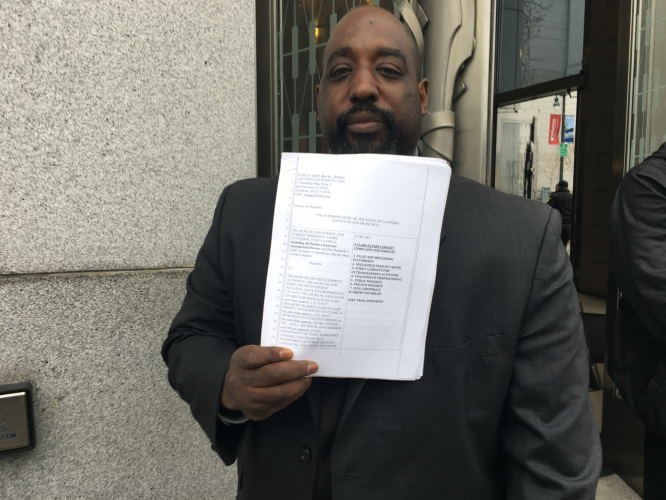 original image (4032x3024)
Attorney Stanley Goff with a copy of the complaint that charges that residents were harmed by radioactive materials and toxins at. the Island
https://youtu.be/04Aq7-TC9Ks
§Massive Movement Of Radioactive Material On Treasure Island With No Protection
by Labor Video Project Tuesday Jan 21st, 2020 4:35 PM 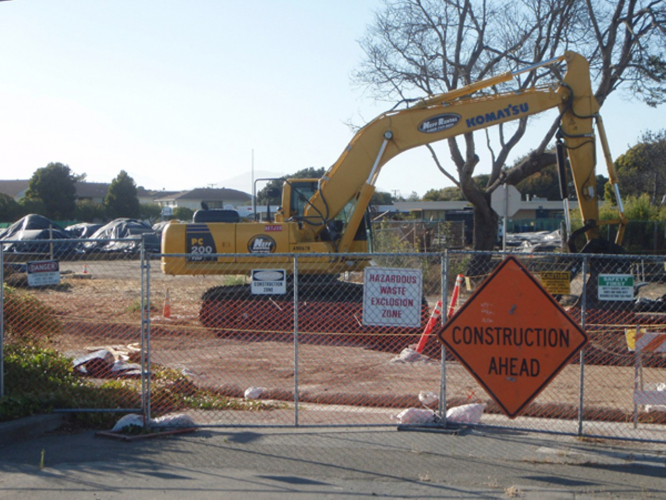 original image (1280x960)
According to the lawsuit, there was massive movement and transfer of the radioactive and toxic material without proper protection for. health and. safety the residents and workers.
https://youtu.be/04Aq7-TC9Ks
§Complaint To Cal-OSHA About Contamination Ignored
by Labor Video Project Tuesday Jan 21st, 2020 4:35 PM 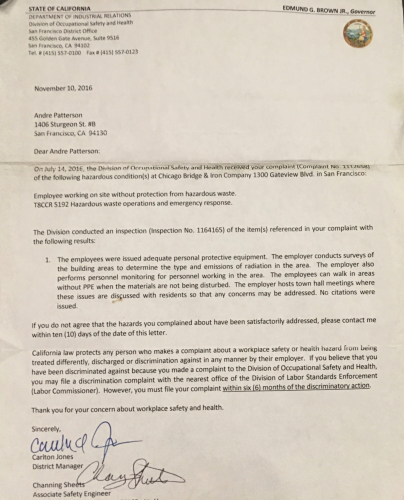 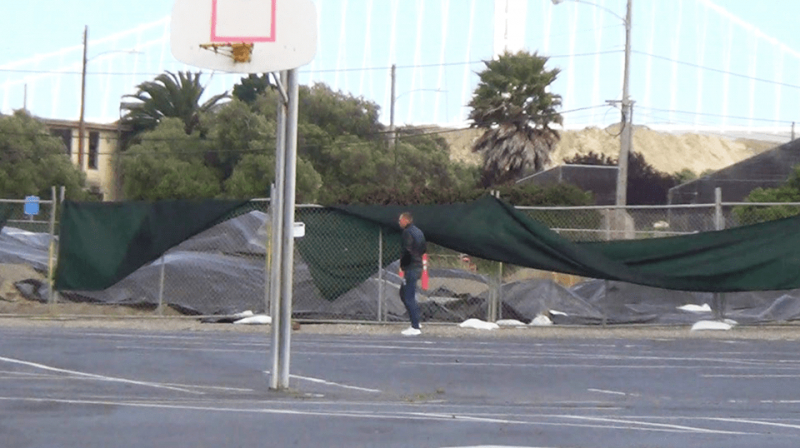 original image (960x538)
The Treasure Island Public School was shut down in part due to the serious contamination of the students. Now the SFUSD and the TIDA want to put a charter school on the site.
https://youtu.be/04Aq7-TC9Ks
Add Your Comments
Support Independent Media
We are 100% volunteer and depend on your participation to sustain our efforts!