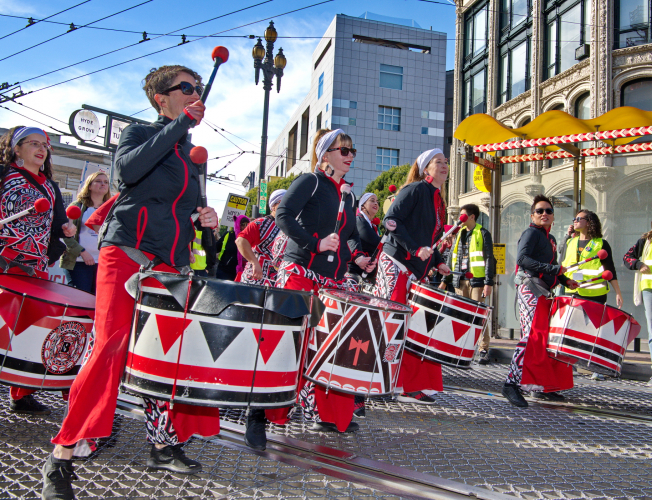 original image (1828x1400)
Jan. 18, San Francisco. From City Hall to the Embarcadero Plaza women marched again this year to demand their rights. Many people also held signs telling Congress to do its job and remove the mobster President from the oval office.

Mayor London Breed and other dignitaries began events with speeches in front of City Hall.

At first, the rally seemed a bit small but by the time the 1:30 pm march began, the crowd had swelled to nearly 20,000 people of all races, orientations, not to mention a scattering of politically oriented dogs.

As last year, native American were in the lead, protesting violence against women. The pace was set by an intense drumming contingent.

The crowd dispersed at a sunny Embarcadero Plaza, ready to continue a year during which many more marches will be required. 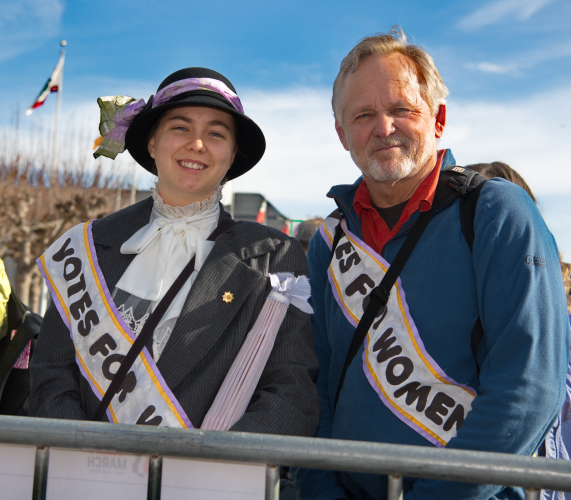 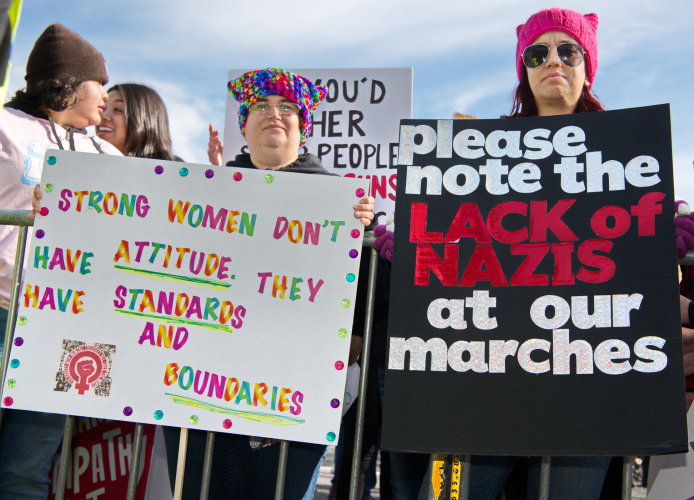 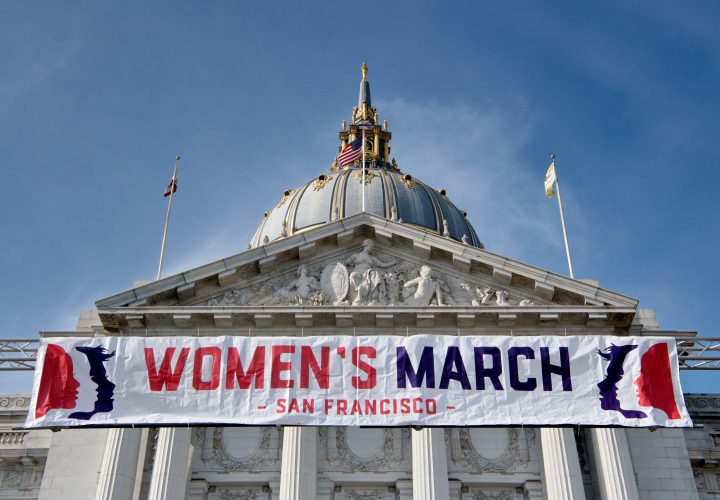 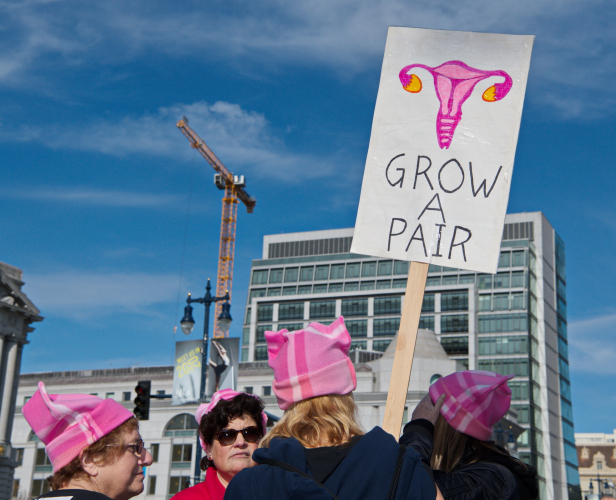 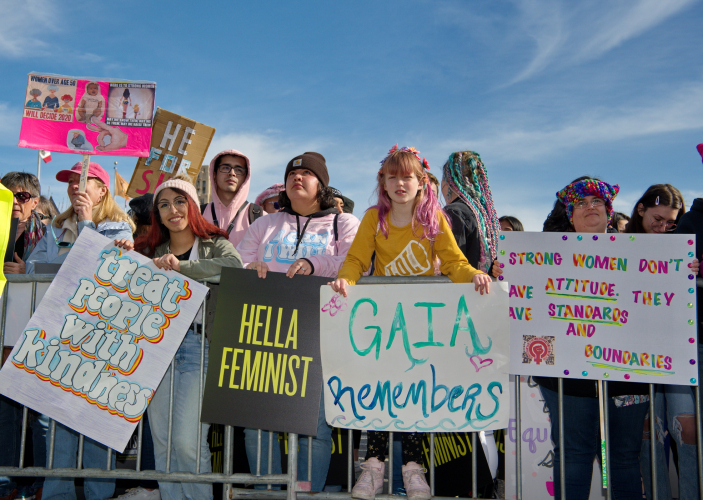 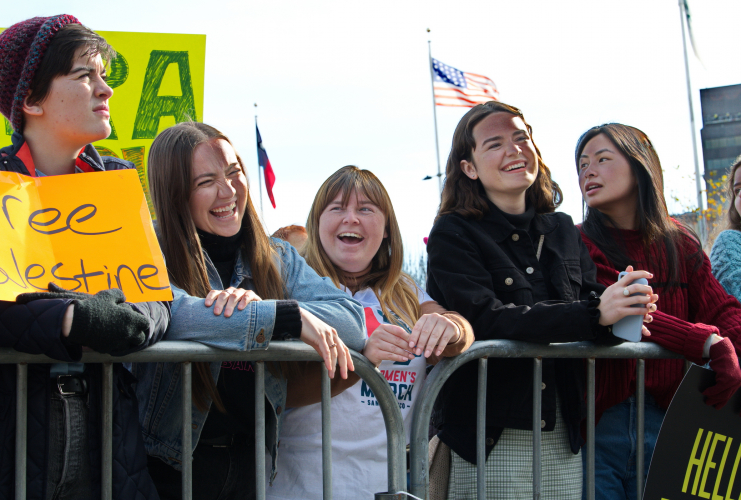 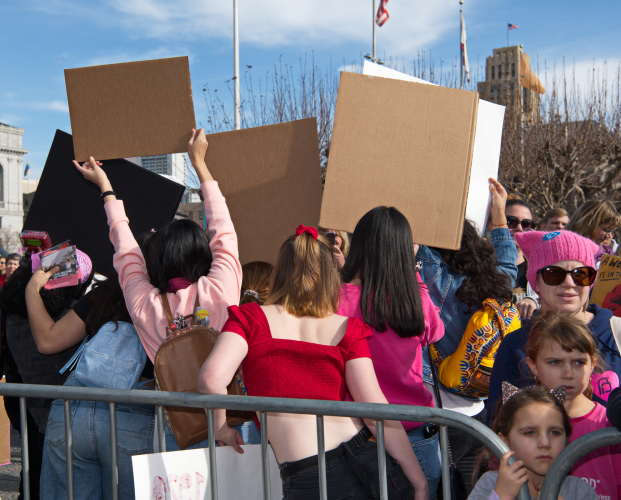 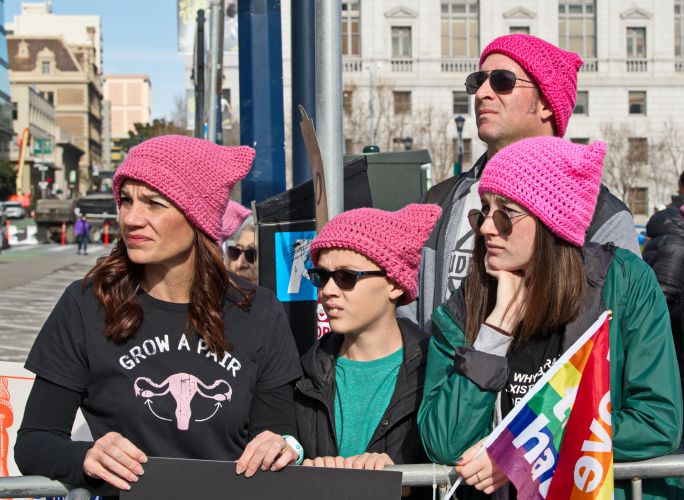 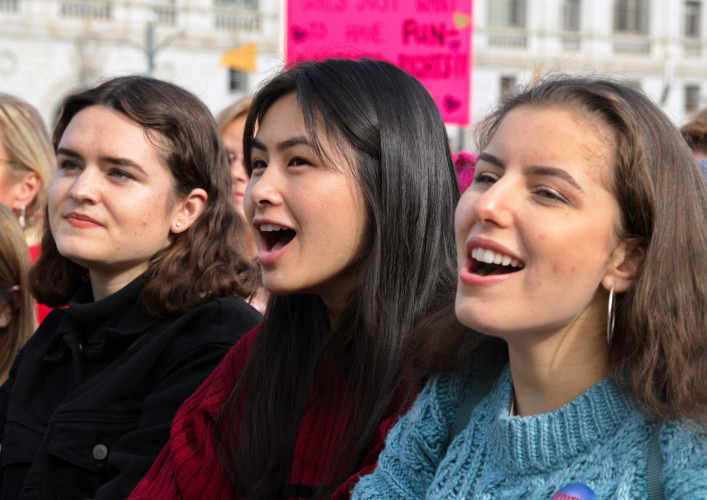 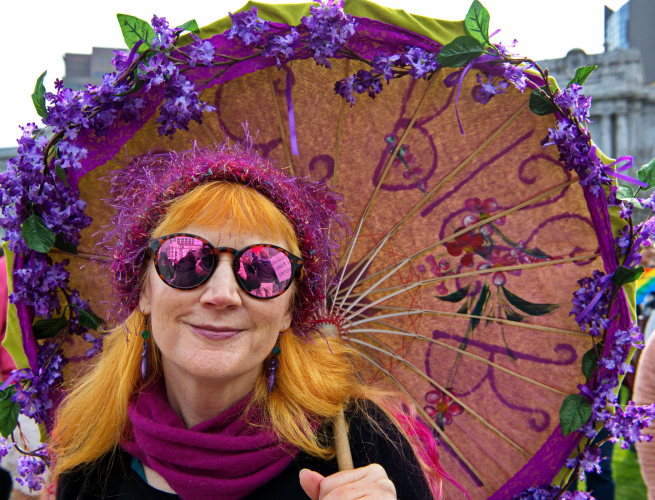 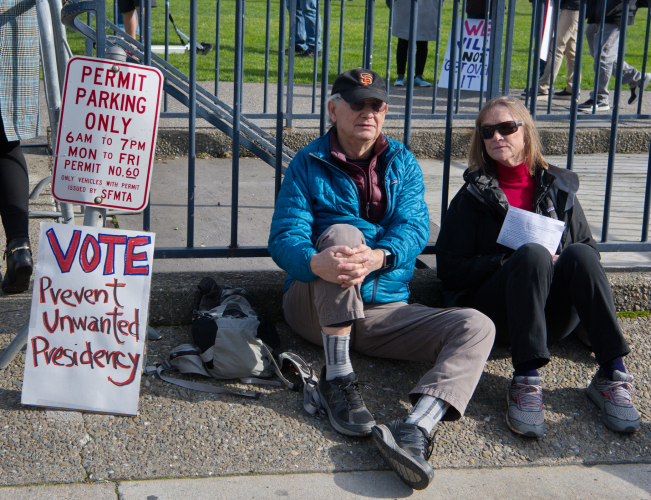 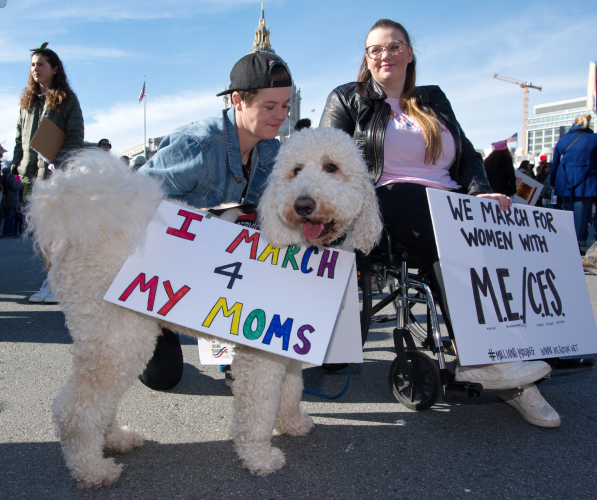 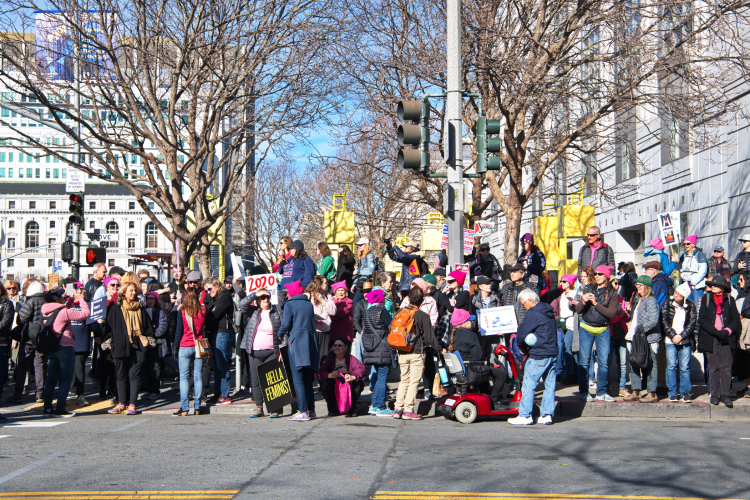 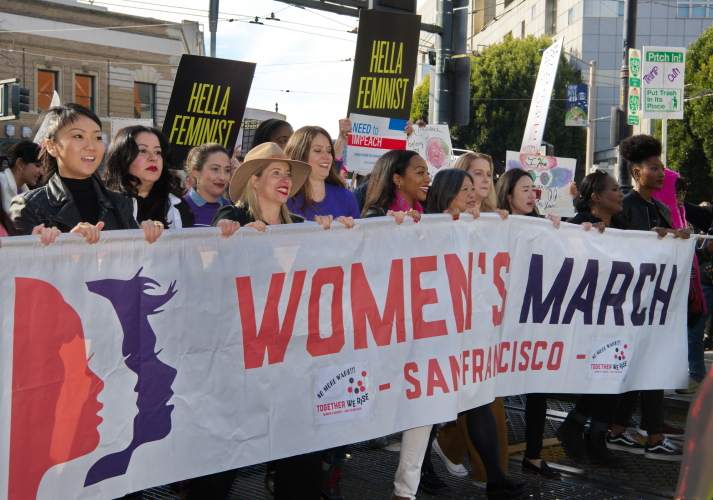 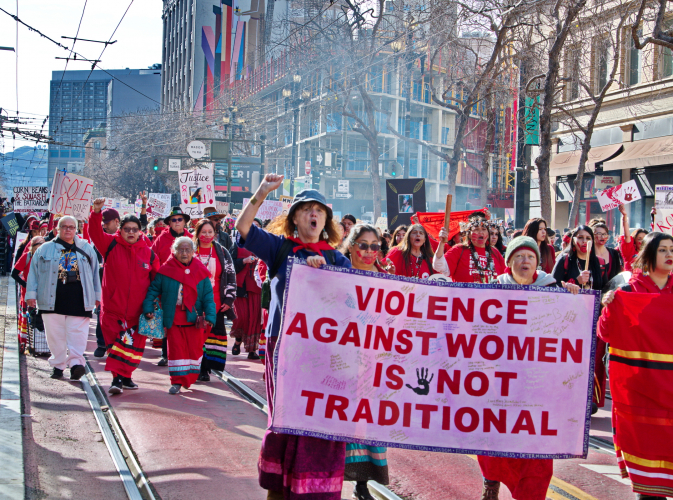 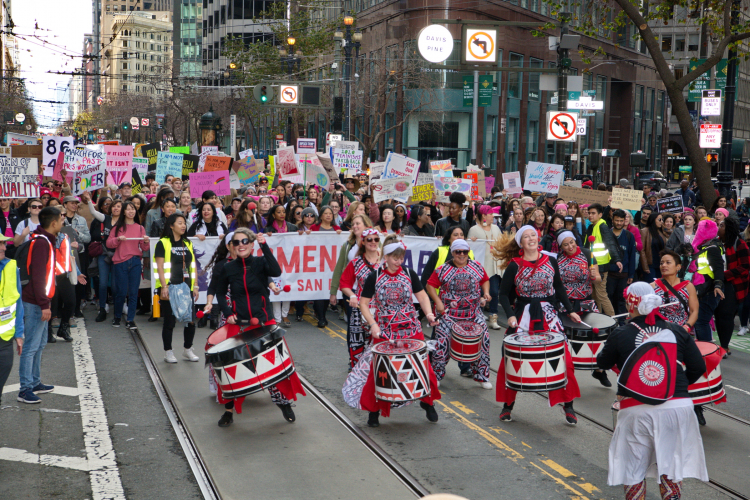 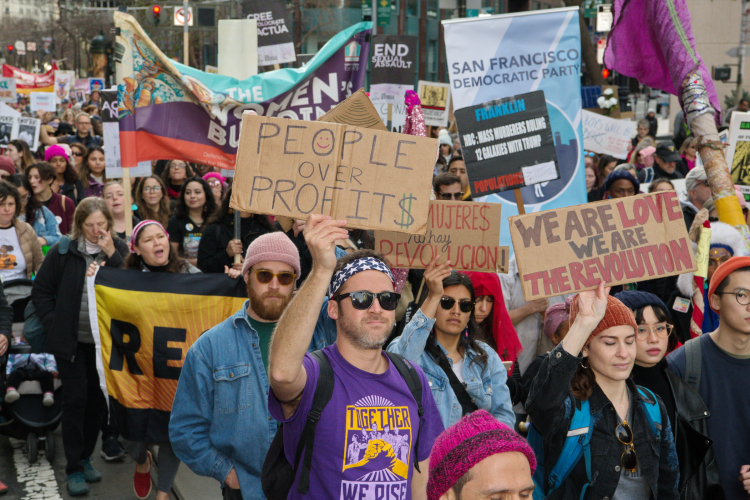 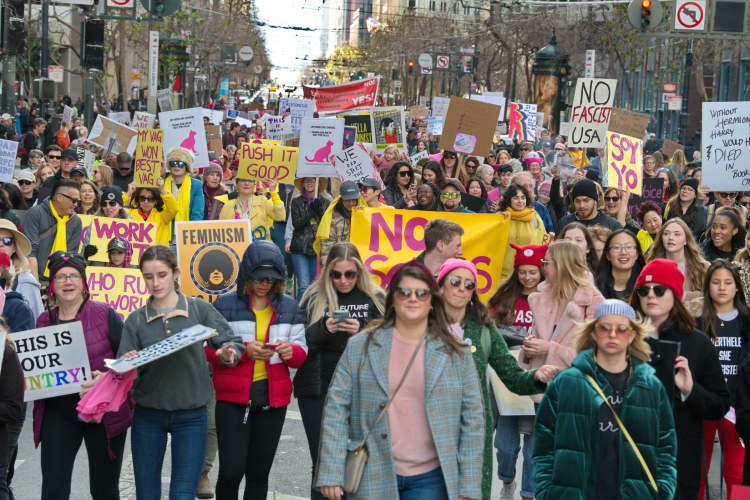 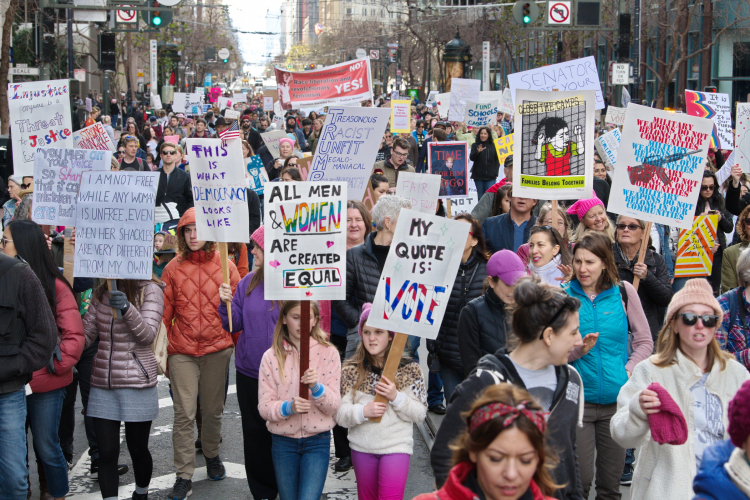