Add an Event
Newswire
Calendar
Features
Home
Donate
From the Open-Publishing Calendar
From the Open-Publishing Newswire
Indybay Feature
Publish to Newswire
Add an Event
Related Categories: Peninsula | Government & Elections
Demonstrators Form Giant Human Sign "Truth Matters" in Front of Facebook HQ
by R. Robertson
Saturday Jan 18th, 2020 12:39 AM
Facebook continues to refuse to check for accuracy in their political ads. Many bodies made for a huge display of protest.

A group of demonstrators, each bearing a large letter, stood in front of Facebook’s "thumbs up" sign at the company's Menlo Park, California headquarters on January 17. They called out Facebook for its continued refusal to fact check political advertisements, their message formed with letters that spelled out "TRUTH MATTERS."

Truth loving activists have long asked why Facebook won't put the brakes on its spread of digital disinformation. Now it seems that even top Democrats are at war with Facebook leadership. Democratic presidential nominee Pete Buttigieg, has been quoted as saying that "Zuckerberg has too much power." On January 16th Nancy Pelosi slammed Facebook, calling it a "shameful" company. She accused it of being "accomplices for misleading the American people with money from God-knows where."

Locally, a group that was active in the 1990's called Bay Area Action gathered anew to bring their complaint directly to Facebook's front door. Before the turn of the century, these activists frequently took their message against nuclear testing to venues including bridges over the Bay Area's highway 101. On Friday, friends regrouped to form their human sign as close to Facebook as they could get...in front of the social media giant's iconic "like" sign on highway 84 during rush hour.
§Crossing the highway in front of FB headquarters
by R. Robertson Saturday Jan 18th, 2020 12:39 AM 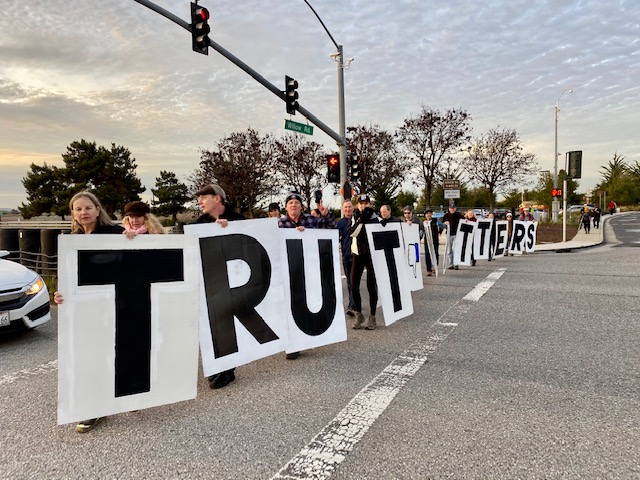 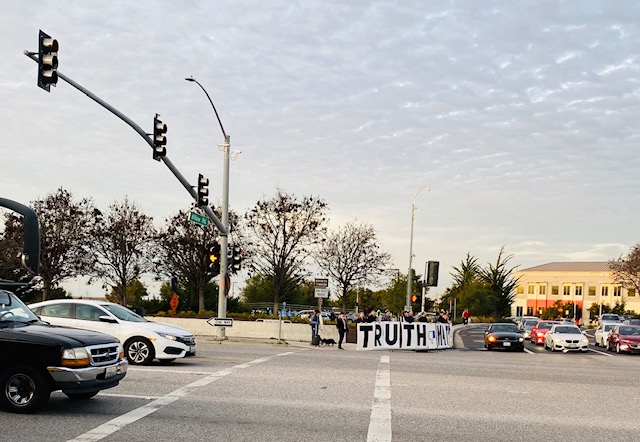 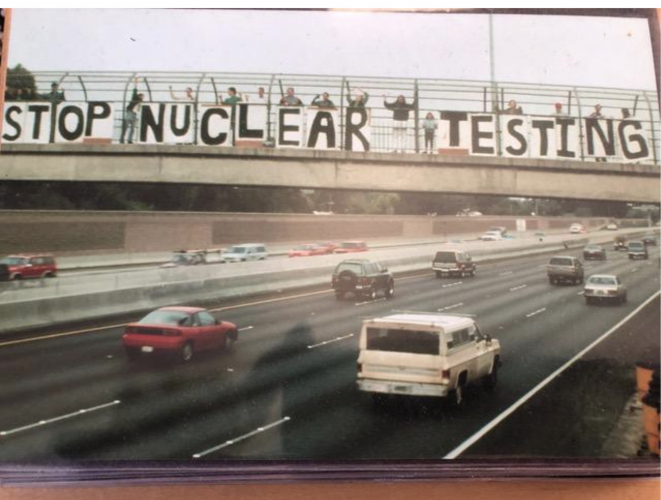 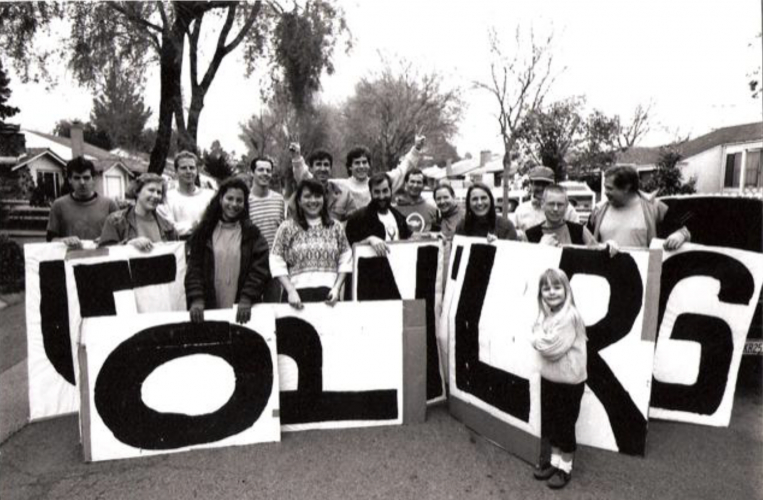 original image (1372x898)
Add Your Comments
LATEST COMMENTS ABOUT THIS ARTICLE
Listed below are the latest comments about this post.
These comments are submitted anonymously by website visitors.