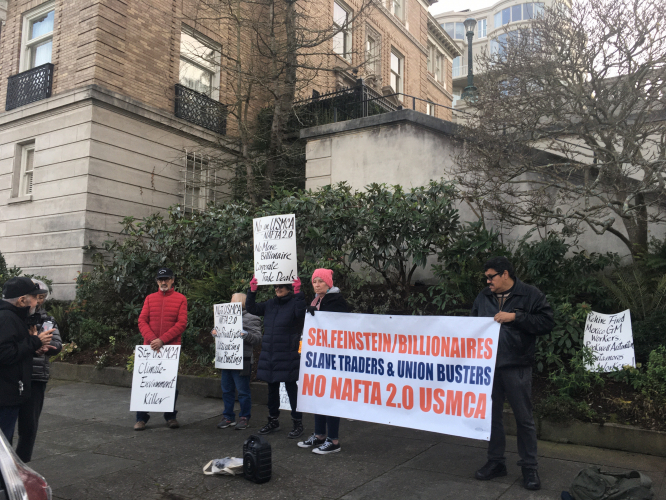 original image (4032x3024)
A rally was held on January 15, 2020 at San Francisco Senator Diane Feinstein's mansion to oppose the passage of the USMCA NAFTA 2.0 agreement. The agreement continues the outsourcing and privatization of jobs in Mexico, the US and Canada. Speakers talked about the effect of NAFTA in Mexico and the US.

USMCA has not only been hailed by Trump, the US Chamber of Commerce and Nancy Pelosi but AFL-CIO president Richard Trumpka and the AFL-CIO. Only the IAM, UFCW and UE unions have opposed it. It has been opposed by most national environmental and climate organizations yet no rallies and protests have been organized against it.

This rally was sponsored by the United Public Workers For Action. 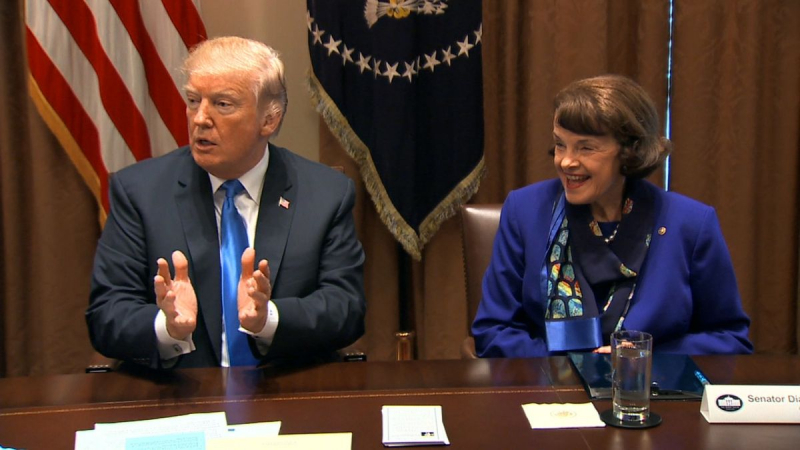 original image (1200x675)
Feinstein and Trump are both supporting USMCA which will benefit the multi-nationals and union busters on both sides of the border.
https://www.youtube.com/watch?v=9SlNELsTXhQ
§Stop USMCA And Union Busting
by Labor Video Project Thursday Jan 16th, 2020 12:34 PM 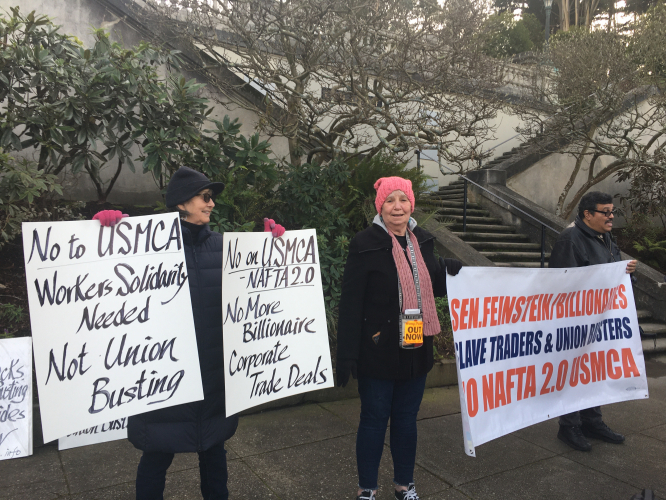 original image (4032x3024)
The USMCA NAFTA 2.0 corporate deal will continue to support union busting on both sides of the border. Fired workers in Mexico at GM, Rockwell Automation and throughout the country are fighting for their jobs back and USMCA will not change these union busting methods.
https://www.youtube.com/watch?v=9SlNELsTXhQ
§AFL-CIO President Trumpka Loves USMCA NAFTA 2.0
by Labor Video Project Thursday Jan 16th, 2020 12:34 PM 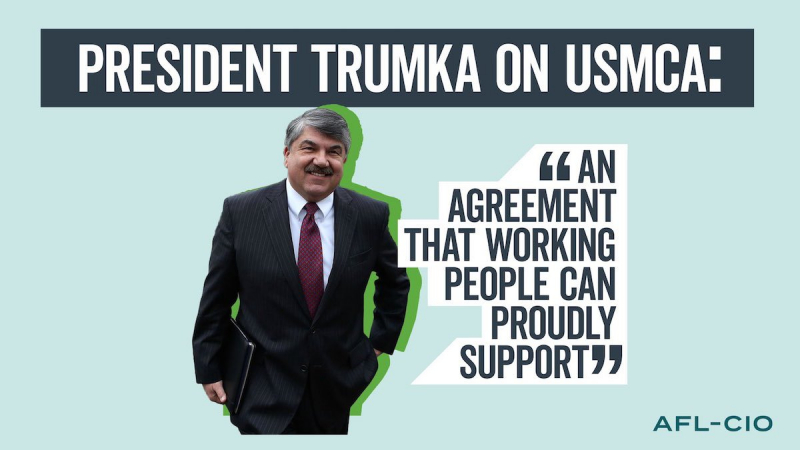 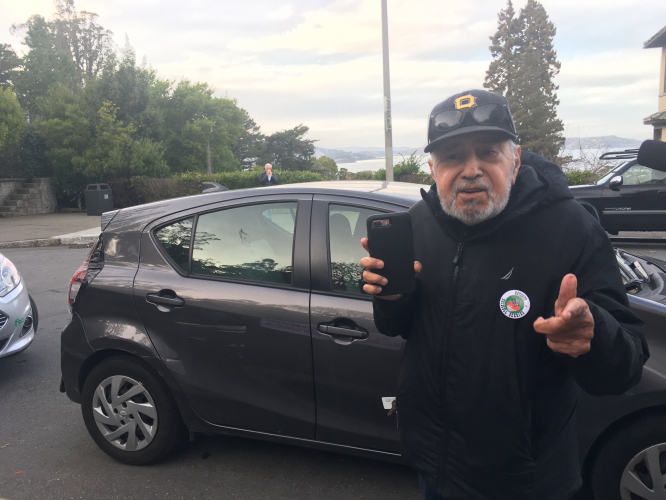 original image (4032x3024)
Al Rojas, co-founder of the UFWA and with LCLAA Sacramento spoke against passage of the USMCA NAFTA 2.0 and talked about the reactionary nature of this agreement and the failure of most US unions to oppose it.
https://www.youtube.com/watch?v=9SlNELsTXhQ
Add Your Comments
Support Independent Media
We are 100% volunteer and depend on your participation to sustain our efforts!