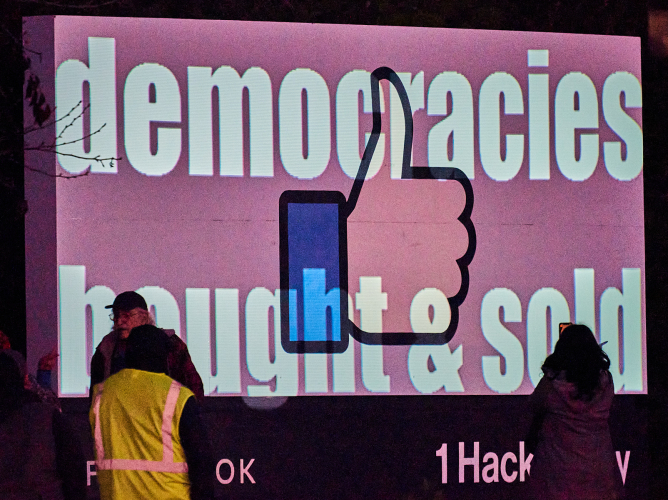 Social media critics strongly feel that Facebook is leading its 2.7 billion users down a dark road into an information environment filled with propaganda. Recently, an informal collective of activists started off 2020 with a bang both outside and on the property of Facebook headquarters in Menlo Park, California.

In a culture jamming action, demonstrators displayed their protest against the ubiquitous expansion of Facebook into public and private life. Through light projection technology, they superimposed the words "Fake News Real Hate" over Facebook's giant thumbs up "like" sign to call out the platform's political ad policy, which the company reiterated in recent days. Other projections followed, reading "Break Up Big Tech," "Democracies bought and sold," and more.

When the social network announced it won’t take down ads with misleading information this month, Andrea Buffa, addressing a rally outside the company headquarters said, "Facebook is actually facilitating bad actors putting out disinformation, putting out divisiveness that can actually jeopardize our election." She continued by saying that future actions are planned against "this huge social media company in our back yard."

Culture jamming via altering billboards by changing key words to radically alter the message to an anti-corporate one is not new. It is said to have started in San Francisco as early as the mid 1970's. But it is relatively new to the hi tech world of Silicon Valley, an economic region facing criticism for contributing to the mistreatment and deportation of immigrants, greenwashing, and now influencing democratic elections both in the US and elsewhere.
§The giant sign seen from across Hwy 84 before light projections started at about 5:30pm
by RR Photos Chris Cassell, Pro Bono Photo Sunday Jan 12th, 2020 2:25 PM 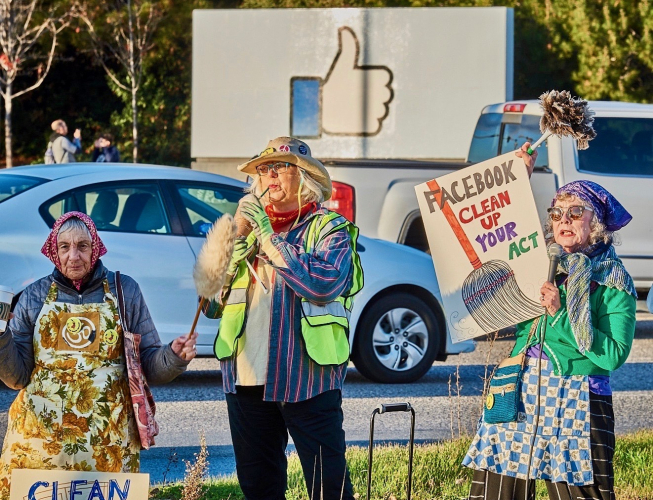 original image (1322x1011)
The Raging Grannies did some culture jamming of their own with street theater demanding "Facebook Clean Up Your Act." They wore aprons and headscarves and pushed brooms in front of corporate headquarters.
§Sign v. Sign
by RR Photos Chris Cassell, Pro Bono Photo Sunday Jan 12th, 2020 2:25 PM 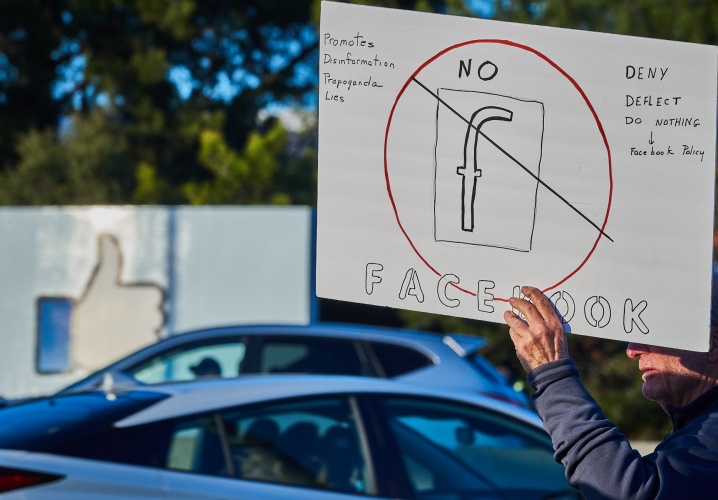 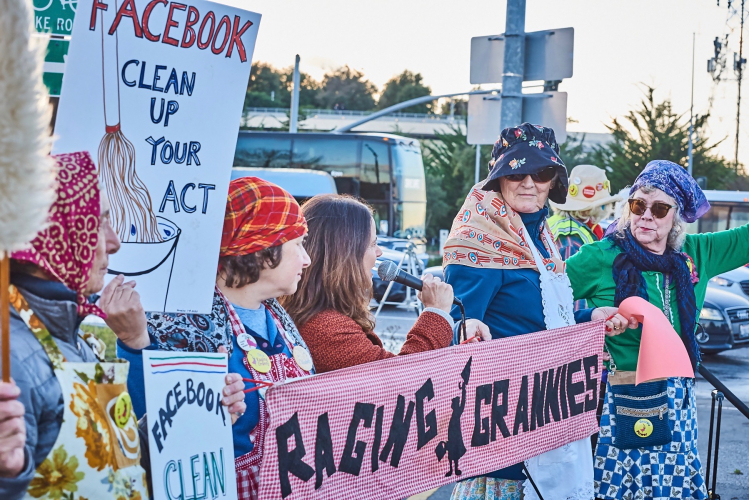 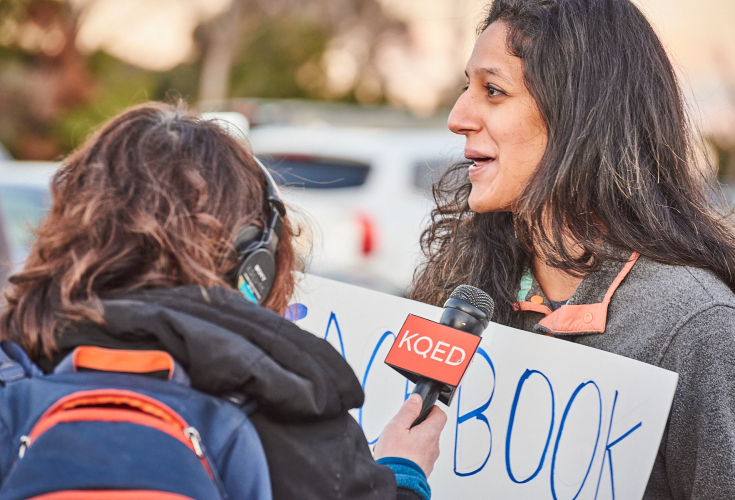 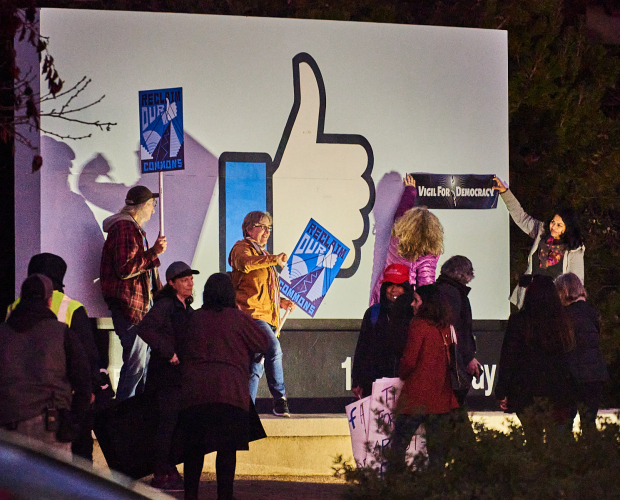 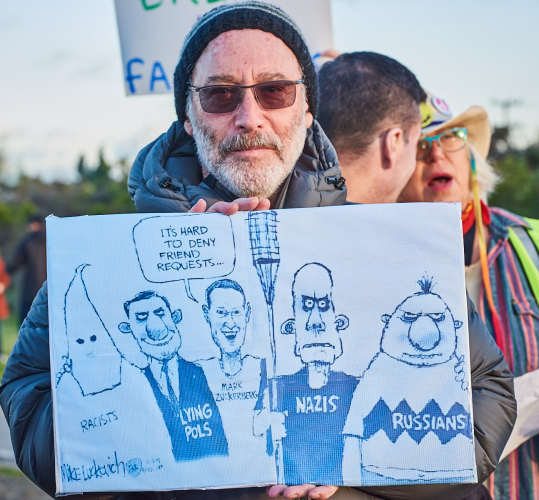 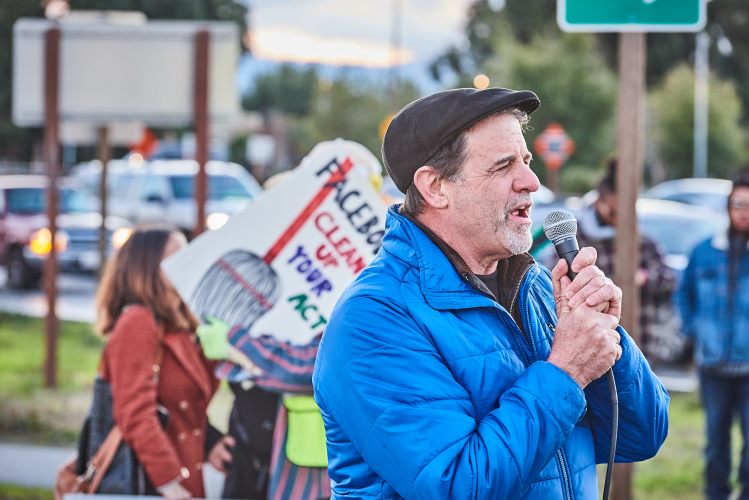 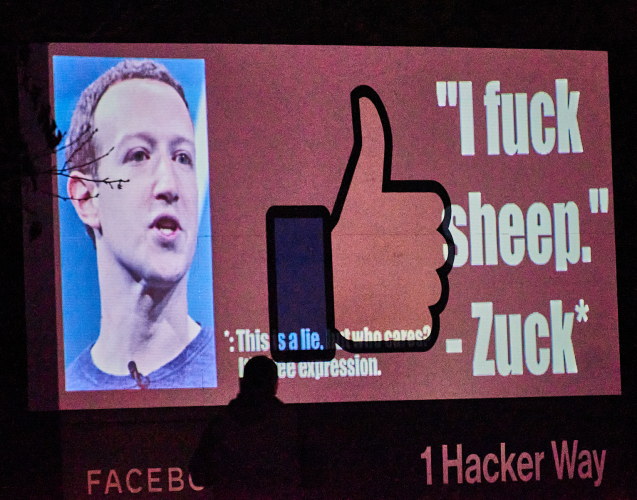 original image (1531x1200)
Add Your Comments
Support Independent Media
We are 100% volunteer and depend on your participation to sustain our efforts!