Newswire
Calendar
Features
Home
Donate
From the Open-Publishing Calendar
From the Open-Publishing Newswire
Indybay Feature
Publish to Newswire
Add an Event
Related Categories: San Francisco | Labor & Workers
Rocha Has To Go! AFT 2121 CCSF Members Protest Cutbacks & Union Busting
by Labor Video Project
Friday Jan 10th, 2020 6:58 PM
San Francisco City College AFT 2121 members at FLEX day protested and. called for the removal of the chancellor Mark Rocha who has recently cut 300 classes sent a letter to SF Mayor London Breed and the Board of Supervisors saying this was part of the restructuring no funds were needed. 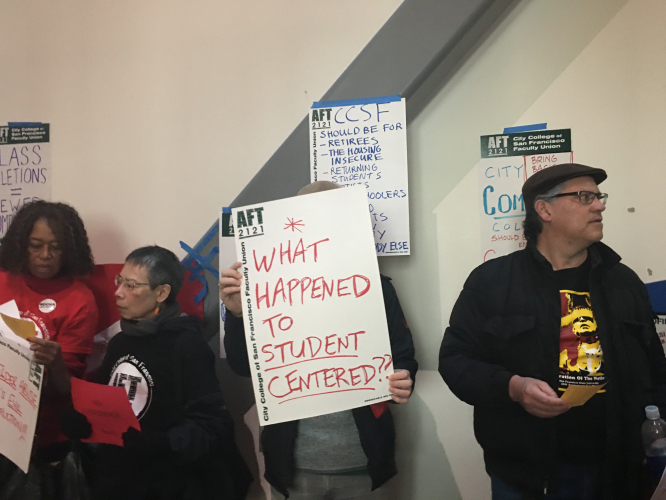 original image (4032x3024)
San Francisco City College faculty who are members of AFT 2121 spoke out and rallied on January 10, 2020 Flex day against the massive cutbacks of classes and faculty at the community college. They called out his lies and also demanded that he be removed as chancellor.

He with the support of the CCSF Board of Trustees had also sent a letter to Mayor London Breed and the Board of Supervisors saying that the cutbacks were part of the restructuring into a Jr. College and no bridge funding was needed to restore the 300 classes that have been eliminated. These included all the classes for the elderly.

Faculty also talked about corporatization of all community colleges by the Governor and legislature including more online classes which Rocha has supported.

These "reforms". have also been pushed by ALEC and Lumina and past governor Brown, the present Governor Newsom, and the State legislature have passed legislation to implement this privatization agenda.

Are Community Colleges Meant Mainly to Crank Out Workers for Business? ALEC Lumina In CA
https://patch.com/california/lamesa/teachers-union-blasts

A Key (State) to Completion of Privatization
https://www.insidehighered.com/news/2017/08/04/california-embraces-completion-agenda-while-foundations-play-bigger-role 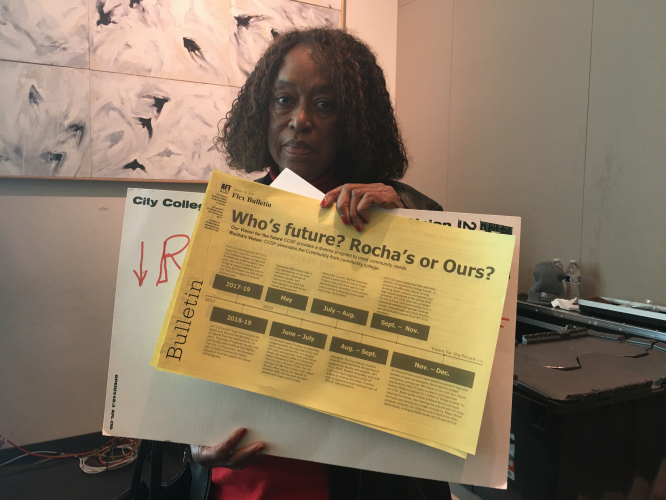 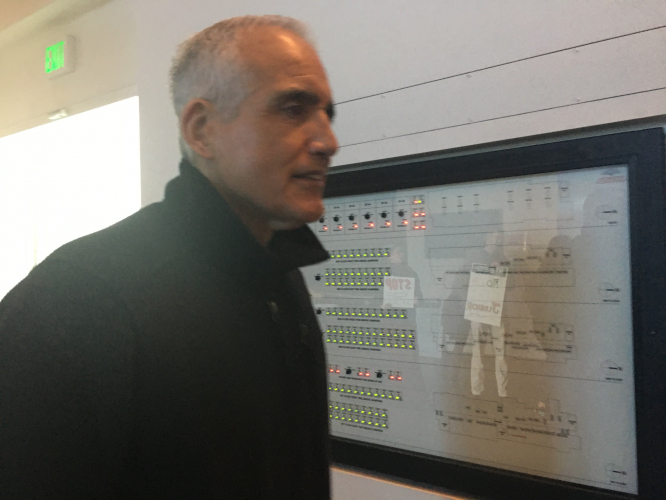 original image (4032x3024)
Privatizer and union buster CCSF chancellor Mark Rocha going into the meeting. He emailed SF mayor London Breed and the SF supervisors that the 300 class cuts were part of the restructuring and no more funds were needed.
https://www.youtube.com/watch?v=ADzAOOx3zZM
§No On Jr. College At CCSF
by Labor Video Project Friday Jan 10th, 2020 6:58 PM 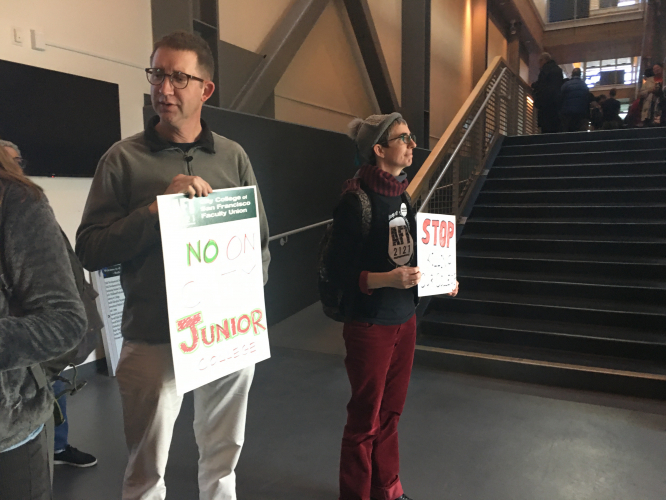 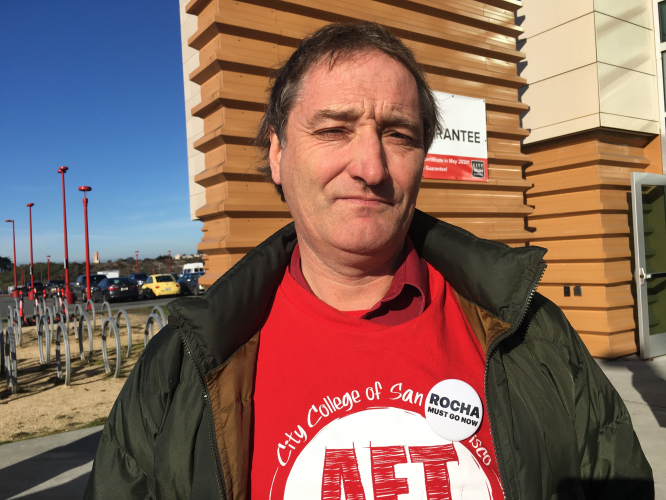 original image (4032x3024)
Stephen a faculty member on vocational programs talked about how they are being shutdown by Rocha and how students are being forced to take loans to get skills.
https://www.youtube.com/watch?v=ADzAOOx3zZM
§No Cuts To Healthy Classes
by Labor Video Project Friday Jan 10th, 2020 6:58 PM 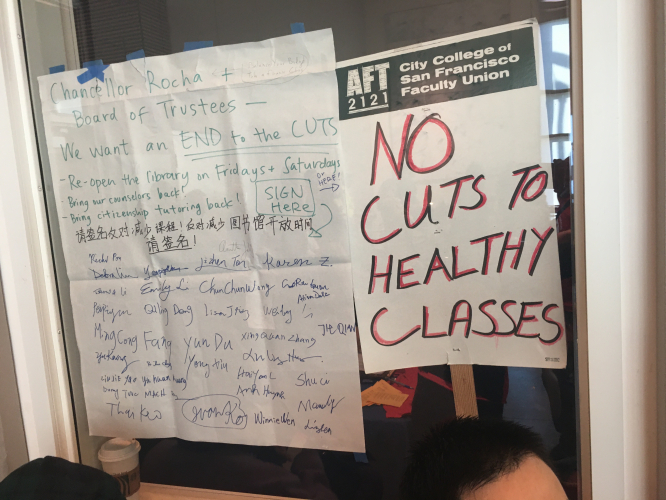 original image (4032x3024)
Even classes with high numbers are being shut down by CCSF Mark Rocha. who has been completely supported by the rubber-stamp board of trustees
https://www.youtube.com/watch?v=ADzAOOx3zZM
§More College No Austerity
by Labor Video Project Friday Jan 10th, 2020 6:58 PM 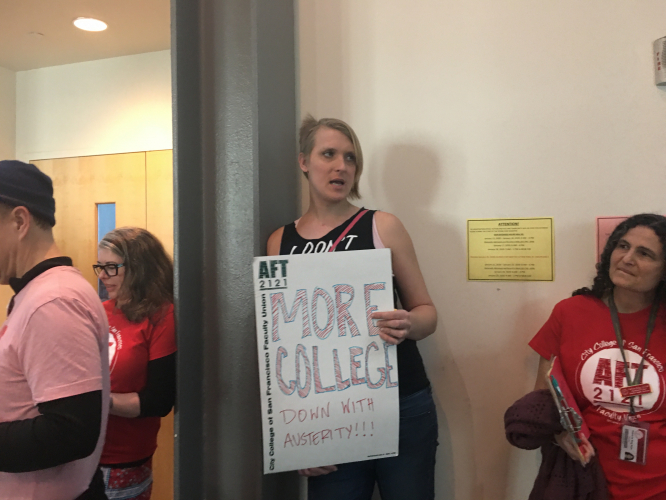 original image (4032x3024)
Despite the $21 billion surplus in California and the massive wealth in San Francisco with the highest number of billionaires in California the capitalist politicians are decimating public education.
https://www.youtube.com/watch?v=ADzAOOx3zZM
§Faculty Voting For General College Meeting
by Labor Video Project Friday Jan 10th, 2020 6:58 PM 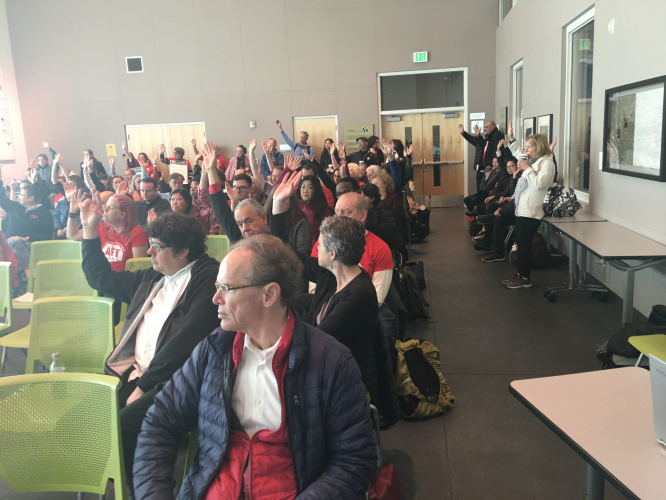 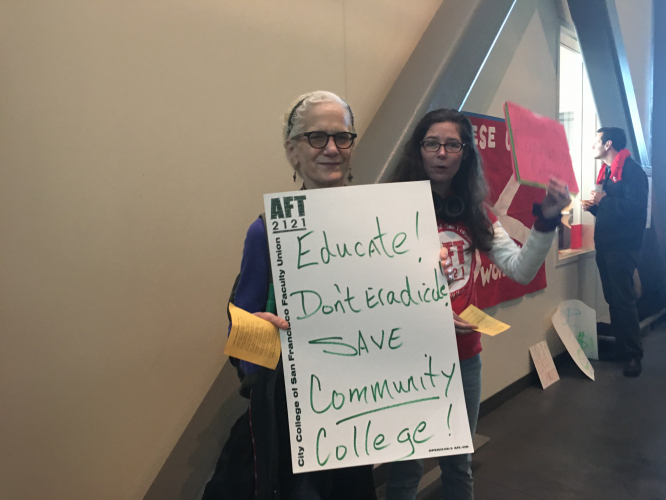 original image (4032x3024)
The destruction of Community Colleges and public education is the concern of faculty, students and staff.
https://www.youtube.com/watch?v=ADzAOOx3zZM
Add Your Comments
Support Independent Media