Add an Event
Newswire
Calendar
Features
Home
Donate
From the Open-Publishing Calendar
From the Open-Publishing Newswire
Indybay Feature
Publish to Newswire
Add an Event
Related Categories: International | Environment & Forest Defense | Immigrant Rights
Arizona border wall contractor's parent company is among world's most polluting companies
by Brenda Norrell
Friday Jan 10th, 2020 9:09 AM
The parent company of Southwest Valley Constructors -- now building the border wall, violating all federal protection laws, destroying endangered species and bulldozing the pristine Sonoran Desert -- is a global mining and construction corporation that is listed as one of the most polluting companies in the world. 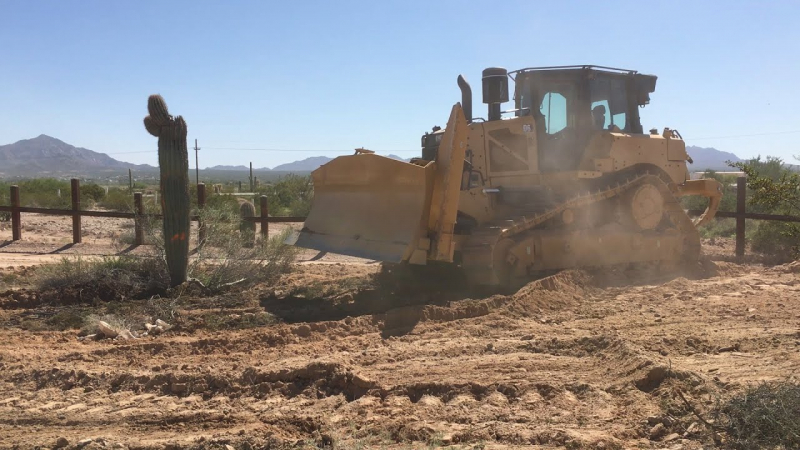 AJO, Arizona -- The parent company of Southwest Valley Constructors -- now building the border wall, violating all federal protection laws, destroying endangered species and bulldozing the pristine Sonoran Desert -- is a global mining and construction corporation that is listed as one of the most polluting companies in the world.

Southwest's parent company Kiewit, based in Omaha, Nebraska, is listed as one of the top 32 North American polluters killing the planet.

The border wall contractor, Southwest Valley Constructors based in Albuquerque, is now violating all federal protection laws created to protect endangered species, water and sacred sites, as it builds an illegal border wall based on political ruin, xenophobia and the collapse of the US government.

The endangered pupfish is found nowhere else in the world but here near Ajo in a spring sacred to Tohono O'odham.

Nearby, the migration paths of endangered jaguar and pronghorn antelope are being destroyed.

Protected saguaro cactus are being ripped from the earth with disregard for state or federal laws.

The federal government has waived 41 federal laws that protect life as it builds the border wall.

In its lawsuit, the Center for Biological Diversity points out the damage to human rights, as the pristine desert borderzone is turned into a militarized zone.

"Beyond jeopardizing wildlife, endangered species and public lands, the U.S.-Mexico border wall is part of a larger strategy of ongoing border militarization that damages human rights, civil liberties, native lands, local businesses and international relations. The border wall impedes the natural migrations of people and wildlife that are essential to healthy diversity," the Center said.

Kiewit was also awarded a border wall contract in Texas, along the Rio Grande. "The $42.8 million contract was awarded to Kiewit Infrastructure West Co. The project, according to CBP, includes the construction of "18-30 foot tall steel bollards, in addition to road construction, detection technology and lighting installation," CNN reported.

Kiewit's projects around the world polluting the planet include construction for Suncor's tar sands in Alberta, Canada; mining nickel in Quebec; mining diamonds in Yellowknife, NWT; mining iron ore in Western Australia; mining coal in Wyoming; mining phosphates in Idaho; lignite mining in Texas; and nickel mining in Voisey's Bay, NF., according to its website.

In North America, Houston and Calgary are the top cities where corporations are killing the planet, primarily with oil and gas and tar sands industries.

The border wall construction in violation of federal protection laws is part of a greater scheme of the U.S. government that is now violating international laws that protect migrant children, including the genocidal act of separating children from their parents and disappearing the children.

Migrant children are being imprisoned in US death camps where they are being sexually abused and dying of neglect and preventable infections, according to documented cases of migrant child deaths.

The United States now leads the world in the widespread disregard for human life and the Earth.

Copyright Brenda Norrell, Censored News
https://bsnorrell.blogspot.com
Add Your Comments
Support Independent Media
We are 100% volunteer and depend on your participation to sustain our efforts!