Add an Event
Newswire
Calendar
Features
Home
Donate
From the Open-Publishing Calendar
From the Open-Publishing Newswire
Indybay Feature
Publish to Newswire
Add an Event
Related Categories: South Bay | Anti-War
In San José, Protesters Say We've Got a Moron with a War On
by Text: R.R. Photos: Bernie Bob Jung
Tuesday Jan 7th, 2020 11:16 AM
Many interesting signs and flags from national day of action against war on Iran in San José, California.
January 4, 2020. 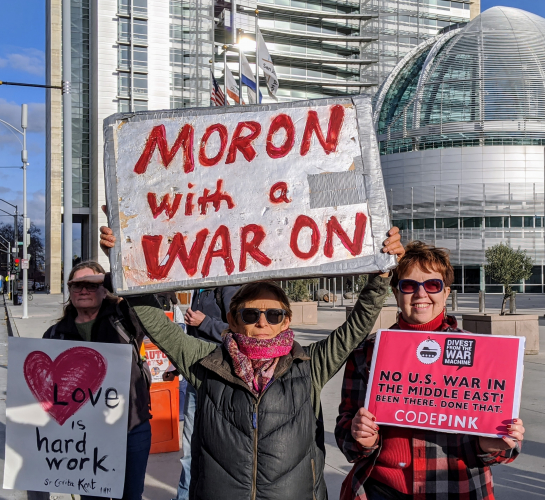 original image (3050x2794)
CodePink, Refuse Fascism Bay Area, and the ANSWER Coalition, joined by dozens of endorsing organizations, called for nationwide protests in response to the U.S. attack on Iran. In San José, the recently formed Anti-Imperialist Coalition moved quickly to mount an action in that city.

Some of the signs at the protest of hundreds read, "Moron with a War On," "Sanctions are Acts of War," "Drone Attacks are War Crimes," and "We Can Not Kill Our Way to Peace." Flags included the signature emblem flag of the Brown Berets and the Mexican national flag.

The Anti-Imperialist Coalition of San José was created last fall in part to help manage rapid response actions such as last Saturday's. In November, they held a rally outside City Hall to protest the overthrow of indigenous President Evo Morales of Bolivia by a U.S.-backed coup. The Coalition brings together activists from Anakbayan Silicon Valley, Barrio Defense Committee, and the Party for Socialism and Liberation, amongst others. 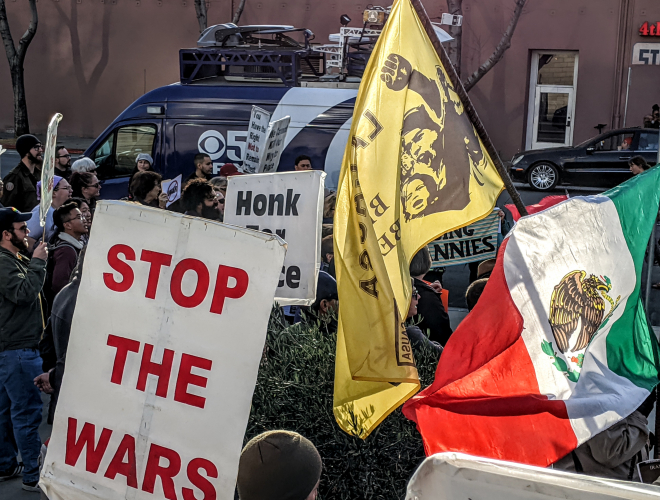 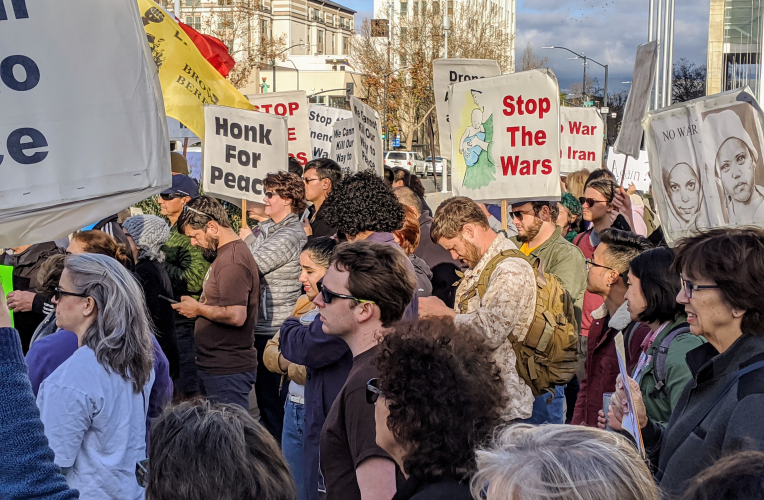 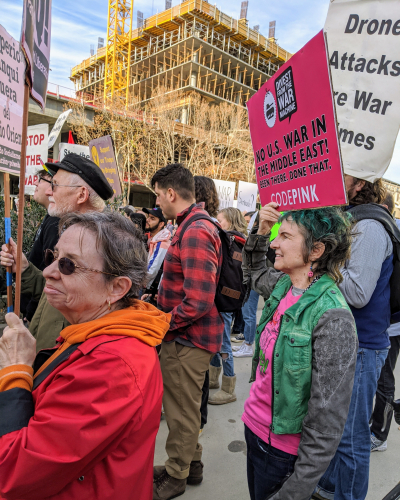 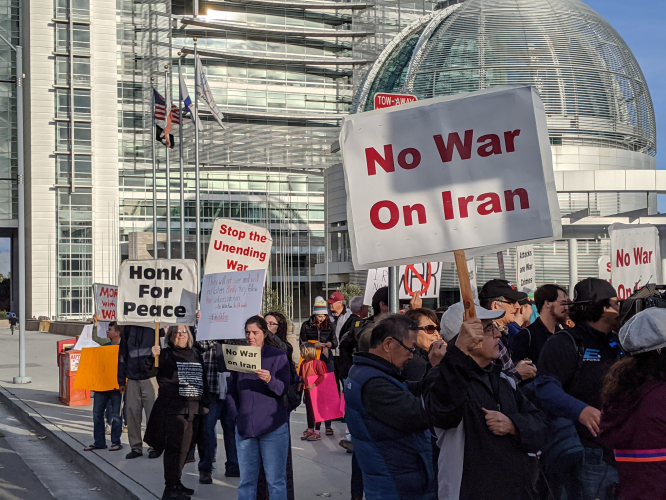 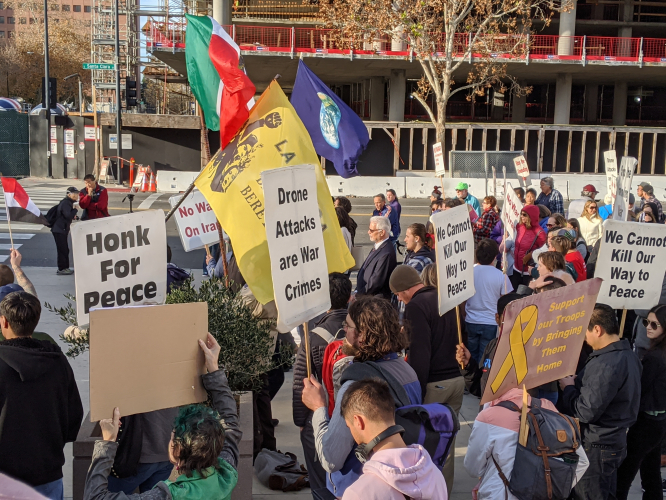 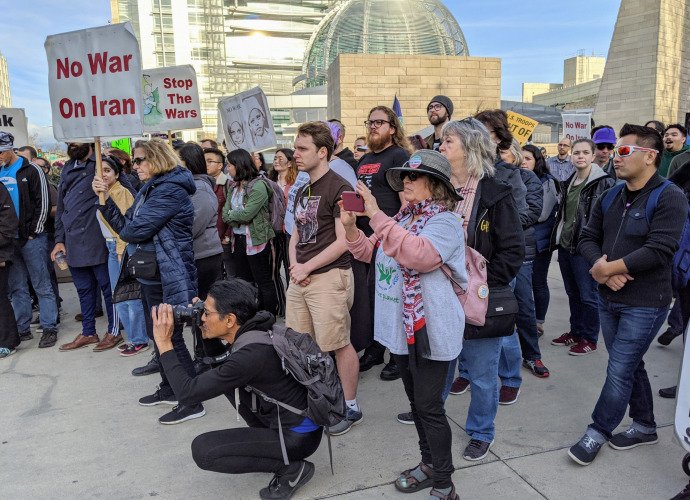 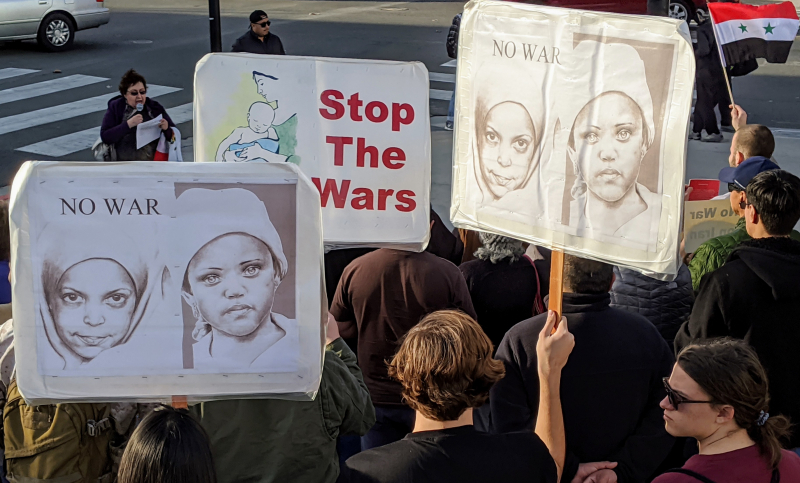 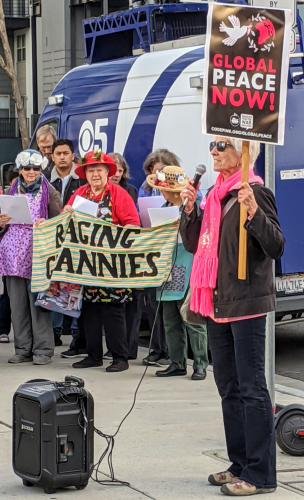 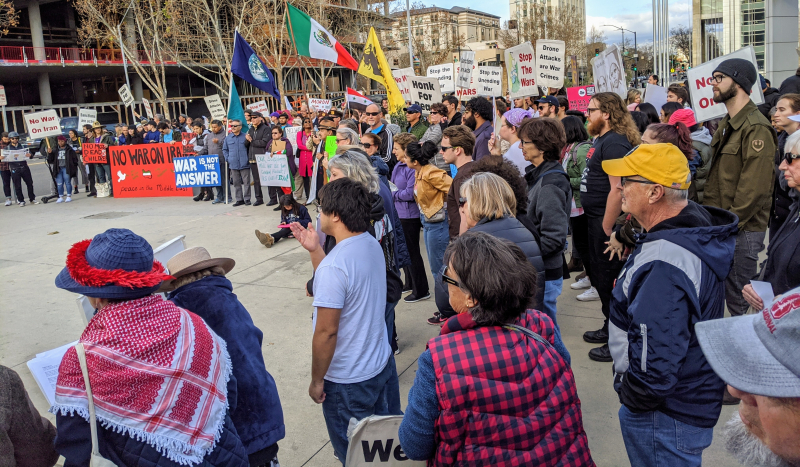 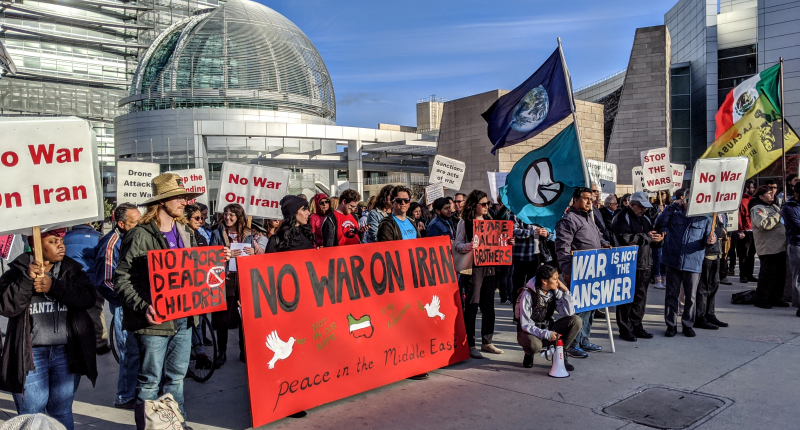 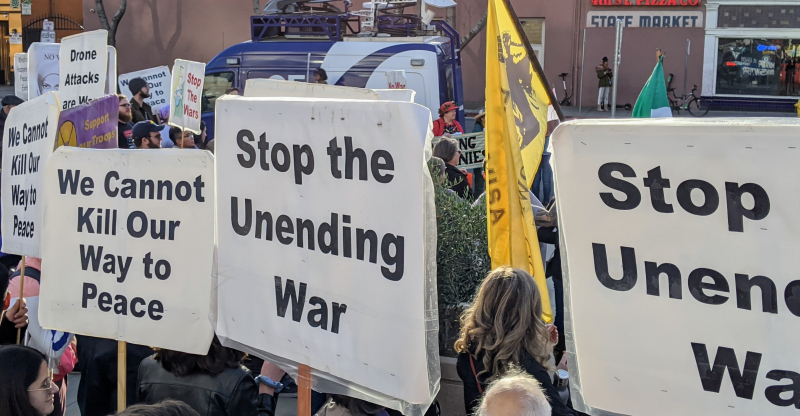 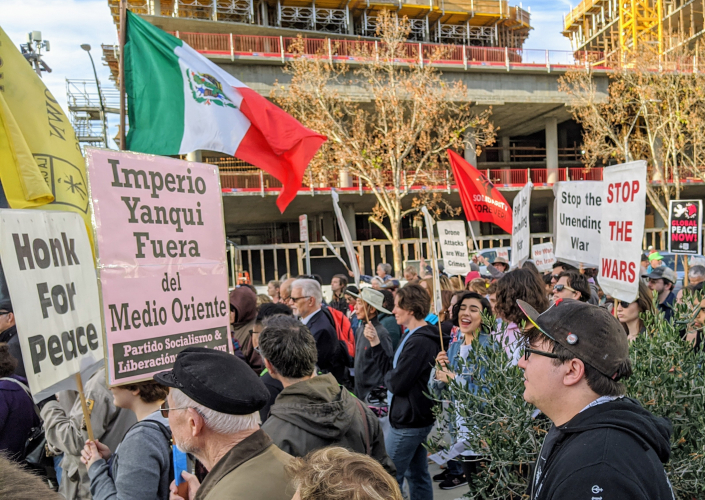 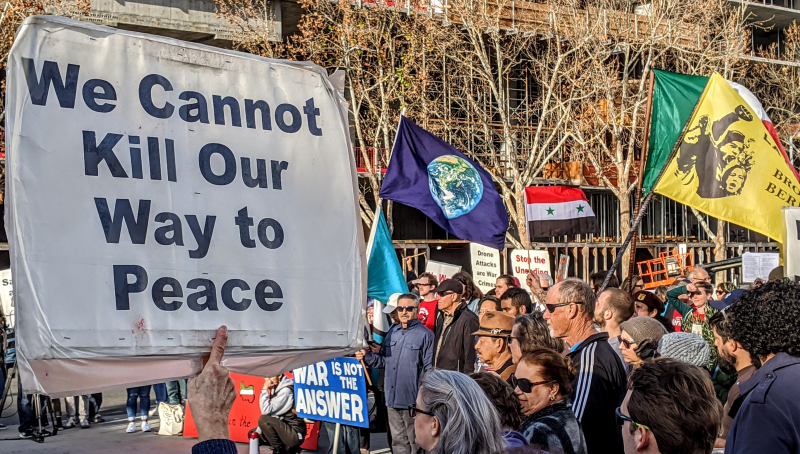 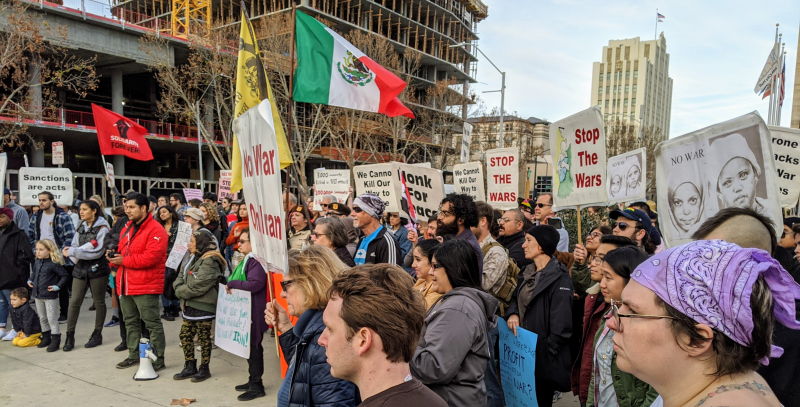 original image (4032x2052)
Add Your Comments
Support Independent Media
We are 100% volunteer and depend on your participation to sustain our efforts!