Add an Event
Newswire
Calendar
Features
Home
Donate
From the Open-Publishing Calendar
From the Open-Publishing Newswire
Indybay Feature
Publish to Newswire
Add an Event
Related Categories: International | Anti-War
Native People urge peace and friendship with Iran, demand U.S. get out of Iraq
by Brenda Norrell
Saturday Jan 4th, 2020 2:25 PM
Native Americans spoke out today, urging peace and friendship with the people of Iraq and Iran, and called out Trump for assassinations and provocations to escalate war. 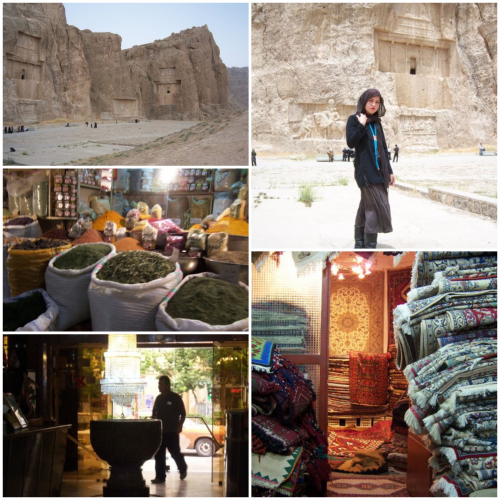 Native Americans rallied for peace today, sending a message of friendship to the people of Iran and demanding that the U.S. get out of Iraq, as they called out Trump for both assassinations and provocations for war. Dineh, Lakota, Pueblo and Tohono O'odham led the urgent call for peace and diplomacy to halt the tragedies of war.

"Over a decade ago, in what seems like another world now, I was welcomed into Iran where the bones of Kings like Darius the Great and Esther still remain. These are also Holy Lands," Cook told Censored News today.

"My heart breaks for the Iranian people, for the nomadic tribes of Iran, our relatives, who should never be harmed or demonized."

"Our Dineh hands, like the Persian hands, weave rugs, the wool fibers carrying the knowledge and imprints of our ancestors."

"We have so many Native American service members who will be impacted by this tragic and ill-informed maneuver. I pray protection over our servicemen and women who are being called to a dangerous, false and immoral duty for the personal gain of bad men."

"I urge all people to actively resist any call for force in Iran and any message which uses negative cultural or racial stereotypes against the Iranian people or seeks violence. I urge all peoples to protect Iran, prevent violence and act immediately for peace and diplomacy.

Ofelia Rivas, Tohono O'odham said from the southern border today, "Every atrocity is covered up, erased by politicians and corporate media, then justified with more death by war."

"Peace to the people that expose this and battle it every day," Rivas said.

The Red Nation, comprised of Native American scholars and social justice advocates, spoke out against the criminal act of assassination and the provocation of war with Iran.

'No War on Iran! U.S. out of Iraq!' said the Red Nation in Albuquerque today. "Three decades of US sanctions, militarism, and occupation has ripped apart Iraq, wreaking havoc on the population."

"The US assassination and murder of Qassem Soleimani, Iran’s top military official, this week by a drone strike on Iraqi soil is a clear indication the United States is willing to start a war with Iran using Iraq as a staging ground."

"This criminal act on behalf of the Trump administration and the Pentagon is part of an effort to not only provoke war with Iran, but it is also a crude retaliation against the popular uprisings in Iraq against the brutal US military occupation of the country entering its seventeenth year."

Joye Braun, Lakota, Cheyenne River Sioux Nation in South Dakota, said the Lakota people stand for peace and are not the enemy of the people in Iran.

"We have a close bond with the people of Iran. There are tribal people over there plus we have a shared relationship with our oppressors in forms of colonization and exploitation."

"To the people of Iran we the original people of this land are not your enemy. We do not stand with this or past government regimes who have oppressed our peoples.

"We send our prayers and know we stand for peace," Braun told Censored News today.

"Auntie Marilyn Phillips-Harden-Takes the Knife from Cheyenne River and Juan Reyna were negotiators for the 40 American hostages in the American Embassy in Tehran," Waste Win Young told Censored News today.

"There was an Oglala woman married and living in Iran, Jeaneene Lonehill-Greyeagle (mom of Dana Lonehill.) Her first husband was Iranian. Iran would not believe she was Indian and not Iranian. Uncle Bill Means, Uncle Russell Means and Aunty Marilyn helped get her home."

"Indigenous people from Turtle Island have the respect of the Iranian people. We have the ability to reach out and broker peace as we have done in the past," Waste Win Young said.

Speaking out for peace, Michelle Cook, Dineh said after her visit to Iran, "As Navajo people, we are taught to take care of the earth, and in return, she will take care of us, this is an ancient practice of ecological sustainability.

"If we violate the rules of nature, as well as the teachings of the Holy People they can discipline us, therefore we are taught to do whatever we can to maintain hozho. This is what the elders have said. The holy people also taught us how to live, and not to consume too much of any resource, this teaching extends to oil consumption. Wars should not be fought for oil. Oil is like the blood of the mother earth. " (Read more below.)

While the United States continues its pattern of wars based on personal political gain and control of oil reserves with complicit media, the late Thomas Banyacya, Hopi, made a resounding plea for peace.

Banyacya spent seven years in prison for refusing to sign up for the draft and followed this as a global voice for peace, speaking out against war and nuclear weapons. Pointing out that the uranium for the first atomic bombs was ripped from the earth in the Four Corners region without consultation of Hopi spiritual messengers, Banyacya warned the world of the consequences of relentless wars.

Michelle Cook, board member of the Navajo Nation Human Rights Commission, wrote the following after her visit to Iran in 2008.

"Tribute to a strong-hearted warrior woman striving to bring justice to a world of industrial nations craving minerals and fossil fuels, creating refugees of millions of human beings and death and who grieve by systems such as the united states immigration.

"Every atrocity is covered up, erased by politicians and corporate media, then justified with more death by war.

"Every atrocity and pain is what we feel when we are melancholy when we are sad and know something is not right.

"Peace to the people that expose this and battle it every day," Rivas told Censored News.

Walking In Beauty As A Framework for International Peacemaking In Iran

(April 2008) International politics and decisions impact Navajo people and Indian country in very real ways. If the U.S attacks Iran it will have consequences for the numerous Navajo and other indigenous peoples who are currently serving in the armed forces.

Leaders, advocates, and youths of Indian Nations have the responsibility to ask questions to protect indigenous servicemen and women from fighting wars or engaging in military conflict that can be prevented or is unnecessary.

Listen to the words of the late Thomas Banyacya, Hopi:
https://bsnorrell.blogspot.com/2019/12/hopi-messenger-thomas-banyacya-speaks.html

https://bsnorrell.blogspot.com/
Add Your Comments
Support Independent Media
We are 100% volunteer and depend on your participation to sustain our efforts!