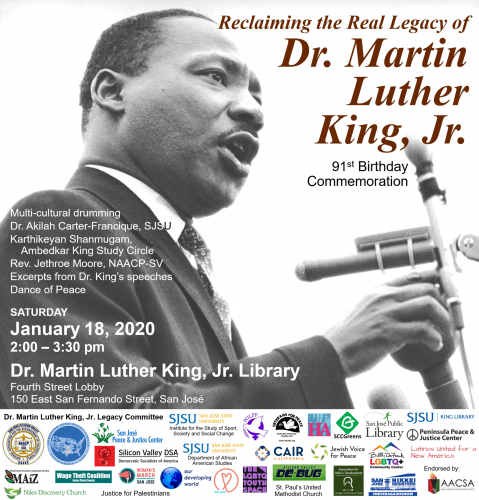 Join us in celebrating the 91st birth anniversary of Dr. King by remembering him first as a leader who struggled for racial equality, social justice, labor rights, peace, and against the entire system that reproduces inequality and violence.

Multi-cultural drumming
Proclamations on Dr. King's birthday
Special guests from the Community
Readings of excerpts from several of Dr. King's most momentous speeches
Dance of Peace

Free and open to the public
Wheelchair accessible 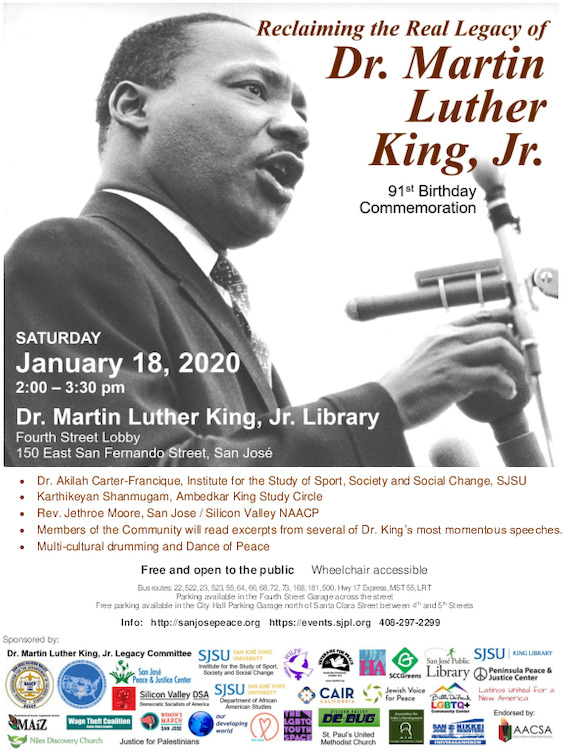 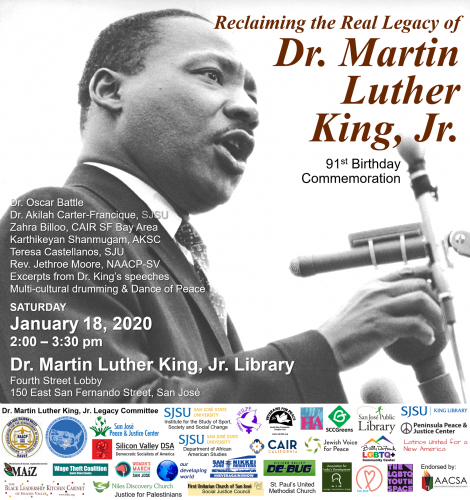 original image (1758x1868)
Updated info-graphic flyer
Add Your Comments
Latest Comments
Listed below are the latest comments about this post.
These comments are submitted anonymously by website visitors.
TITLE
AUTHOR
DATE
Reclaiming the Real Legacy of Dr. Martin Luther King, Jr.
Dr. Martin Luther King, Jr. Legacy Committee
Support Independent Media
We are 100% volunteer and depend on your participation to sustain our efforts!