On January 11, 2020 there will be an action in Koriyama near Fukushima to protest the Olympics in Japan and against nuclear power and nuclear weapons.

A flurry of powerful typhoons tore through Japan leaving widespread damage. We offer our deepest condolences to all the victims.

Typhoon Hagibis, which ravaged the eastern and northern parts of the archipelago in mid-October, caused massive flooding that resulted in nearly 100 deaths and more than 850 incidents of landslides and mud-flows. Also, 85,000 houses were damaged. Some 300 rivers overflowed and at least 25,000 hectares of land were flooded.

In the event of a typhoon or other anticipated natural disaster, the government used to call for the public to remain vigilant and to recommend or order to take a specified action in the middle of the typhoon disaster. TV and radio repeatedly and strongly advised us all the time to “act to protect your lives immediately!” The way of these directions sounds to us Fukushima people like: “Evacuate at your own risk” or “You should take all responsibility upon you whatever happens to you”. We expect that every one of you shares the same feeling of being abandoned with us this time.

As was the case with the devastating tsunami at the time of Great East Japan Earthquake, the government has learned nothing from the precious lesson from the past floods. As a result, our country has suffered from serious damages. It has revealed the poorly maintained infrastructures of Japan. Utility poles―water pipes, roads, bridges, levees etc.―they all significantly exceed the limit of durable years. The Japanese government has promoted municipal mergers and job cuts to reduce local government expenditures, which has inflicted further damage and prolonged recoveries.

Money is concentrated in a handful of people and not spent on a vital necessity. Most people insist that the government should spend money for disaster recovery expenses instead of buying 100 of F-35 fighter jets which cost billions of dollars. It has been revealed recently that the executives of Kansai Electric Power Co. (KEPCO) took cash and gifts worth about 320 million yen ($3 million) from local companies that worked on its nuclear power plant in Takahama via one of its former deputy mayors. But it is just the tip of the iceberg. Nuclear power plants have been operated thus without putting safety as a top priority. The Fukushima Daiichi Nuclear Power Plant “accident” happened as an inevitable result of this kind of business behavior.

Last September, the Tokyo District Court ruled that three former executives of Tokyo Electric Power Co. (TEPCO) were not guilty of causing the Fukushima Daiichi Nuclear disaster, despite their repeated suppression of warnings from the accident site about discovered cracks in water pipes, possible huge tsunami and many others. Not a single official of the government, not a single executive of the utility has taken or are requested to take responsibility of the enormous human disaster. On top of it, they are openly aiming to dump Fukushima Daiichi's contaminated water into the ocean claiming that it is harmless because nuclear power plants around the world daily release tritium.

Eight years have passed since the nuclear “accident.” There is no end in sight. No one can even approximately tell when TEPCO will terminate the disaster. The Typhoon Hagibis' heavy rainfall inundated forests in Fukushima, stirred the riverbeds and carried enormous amount of radioactive mud to towns and villages. More and more people are sick of hearing blatant lie from the advocates of nuclear power. Although even the official health survey found over 230 child thyroid cancer cases in Fukushima, they still keep speaking; “it’s not the effects of fallout.” Teachers and parents around the country are fighting against introduction of the supplementary textbooks, which describe radiation “safe”, to elementary, middle and high school classrooms.

The government has been spending a gargantuan amount of tax money for the Olympics, in order to suppress all the struggles of people.

We need neither nuclear power plants nor nuclear weapons. Angers in Fukushima must be shared by all of you.

Let’s defeat the divide-and-conquer tactic of the government!

Stop the Olympics, aiming to showcase Fukushima’s “recovery from the nuclear accident” and suppress people’s struggle.

Please gather endorsements to the Action as many as possible, in order to help organize it!
§Radioactive Tanks Are Set To Be Released Into Pacific
by No Nukes Action Tuesday Dec 31st, 2019 11:30 AM 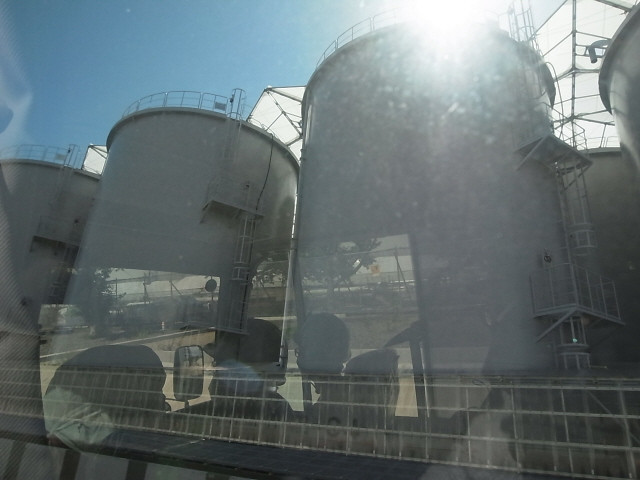 The Japanese Abe government is set to release 1.5 million tons of radioactive water with tritium into the Pacifica ocean despite protests of fisherman, environmentalists and the public.
http://nonukesaction.wordpress.com/
§Abe Pushing Fish From Fukushima
by No Nukes Action Tuesday Dec 31st, 2019 11:30 AM 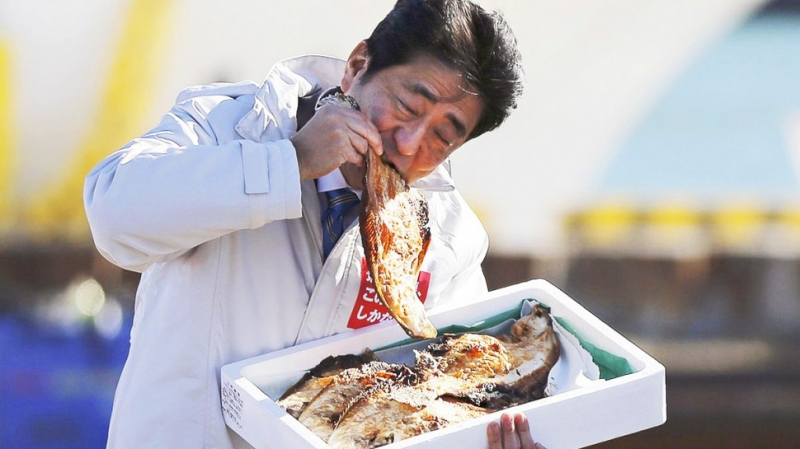 original image (970x545)
Japan Prime Minister Abe is pushing fish from Fukushima as safe. He wants to export fish and other food products throughout the world.
http://nonukesaction.wordpress.com/
Add Your Comments
Support Independent Media
We are 100% volunteer and depend on your participation to sustain our efforts!