Newswire
Calendar
Features
Home
Donate
From the Open-Publishing Calendar
From the Open-Publishing Newswire
Indybay Feature
Publish to Newswire
Add an Event
Related Categories: International | Media Activism & Independent Media
FBI strikes - DOXBIN closed!
by kt
Saturday Dec 28th, 2019 6:38 PM
Doxbin: A site that had literally thousands of doxes on almost every corrupt figures known today. HRC/BC/O/Bushes, you name it, Doxbin had it. FBI (Cornjob) had made sure to scrub all traces of it from the web. Not for the trolls who ended up doxed, but for who Cornjob protects! 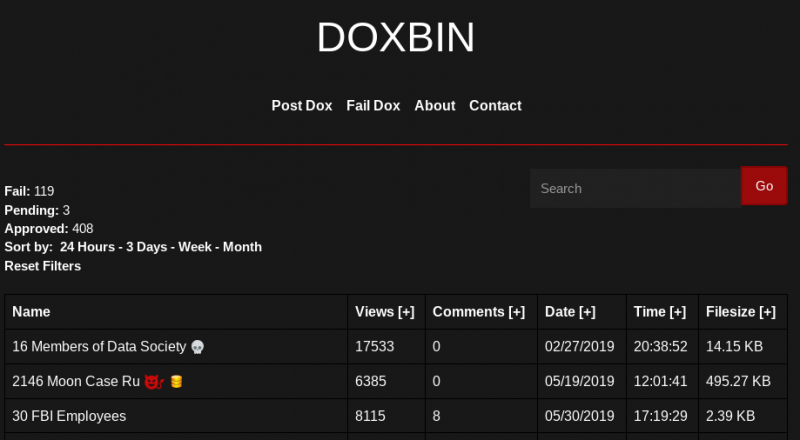 original image (919x506)
That would be the lowlifes like HRC, and you know the rest. This Doxbin was a big thing making rounds back in the years 2011-2014 and you can google it and find out what the liars (msm) say about it. But make no mistake, this predated questionable. And it was a HUGE wealth of info…

Doxbin was like WikiLeaks no censorship at all. What WikiLeaks opened up to the world pales in comparison to what Doxbin had. Make no mistake, regular people were doxed too, but it was the wealth of info on Clintons, et al that Cornjob was out to erase. Here is one random guy in 2014...

Talking about Doxbin https://youtu.be/zfv5RPnJRos and while he doesn't know what was really going on with it, note the mention of Cheese Pizza on there. Remember Doxbin had a shitload of data on the creeps in public life.
Add Your Comments
Support Independent Media