Newswire
Calendar
Features
Home
Donate
From the Open-Publishing Calendar
From the Open-Publishing Newswire
Indybay Feature
Publish to Newswire
Add an Event
Related Categories: Peninsula | Health, Housing & Public Services
Just Before Christmas, Glimmer of Hope for RV Dwellers in Mountain View
by Watching City Council
Friday Dec 27th, 2019 7:23 AM
The Mountain View City Council’s ban on RV’s has been overturned by a referendum petition. If the council wishes to try again to enact a ban they must go to the voters. The earliest election for this would be November 2020. Meanwhile the default is NO BAN. 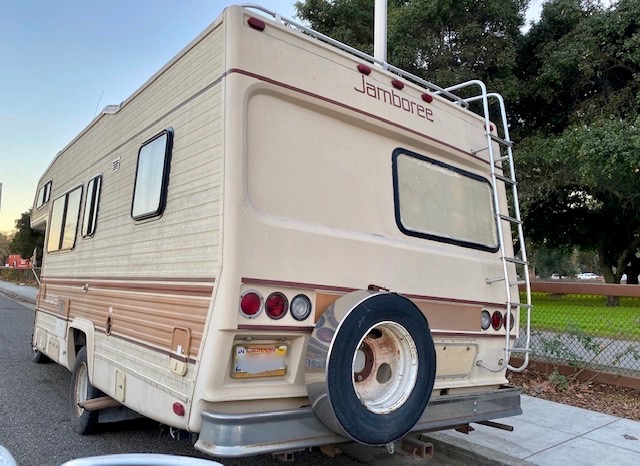 Silicon Valley's housing problem is international news. One year ago, UK newspaper The Guardian published a video documenting the life of a boy living with his family in an RV on Crisanto St. in Mountain View. Despite the widely viewed video's sympathetic portrayal of the plight of RV dwellers, and despite numerous protests both in the city's main plaza and within city council meetings, the Council came down on the side of NIMBY residents.

In the spring of this year, the City Council directed staff to begin working on a citywide prohibition on parking vehicles more than 6 or 7 feet tall. In September the City Council passed a sweeping ban that would close off most streets in the city to "oversized vehicles." City officials claimed the new ordinance was all about traffic safety measure, but the action was widely seen as an effort to push the hundreds of people living in RVs and trailers out of the city.

The Mountain View Housing Justice Coalition and Silicon Valley Democratic Socialists of America, already involved in acting on behalf of underhoused people, got down to business. They began circulating a petition to hold a referendum on the council's decision in order to take that decision to the voters.

Two days before Christmas, many RV dwellers got news that brought hope that they might be able to keep their mobile homes in the city, where most of the adults are employed. Officials with the Santa Clara County Registrar of Voters announced that the referendum petition had successfully collected enough signatures to overturn the vehicle ban. If the council wishes to try again to enact a ban they must go to the voters. The earliest election for this would be November 2020. Meanwhile the default is NO BAN.