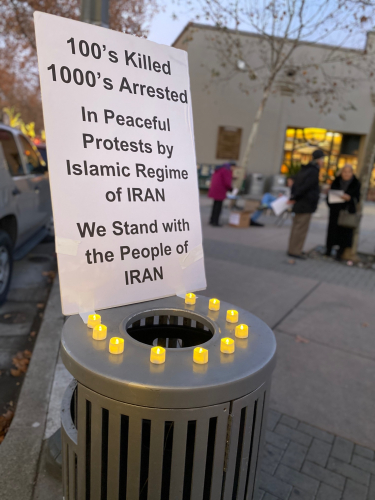 original image (1512x2016)
In Palo Alto today, dozens of protesters gathered to honor the hundreds who died in protests against the government in Iran in the last 40 days.

December 26th is significant in that it marks the end of the traditional Islamic mourning period. Human rights organizations have said that up to 450 people have been killed in Iran. In Palo Alto, demonstrators' signs alternately said that either 500 or 700 have been killed. When asked, one of the sign carriers said "the true number could be even higher, it is hard to know exactly how many." One piece of literature handed to passersby by members of the Bay Area Iranian American Committee stated that, "in less than one month, at least 1500 people including 12 adolescents have been killed by the Islamic Republic."

The Committee's statement also said that, "the sudden and shocking gas price increase [that started the peaceful protests is] linked to economic sanctions placed on Iran by the U.S. after Donald Trump unilaterally ripped up the nuclear agreement backed by our allies."

Signs called for secular democracy and human rights in Iran. One protester carried a sign with a photo of the Shah who was overthrown by the Islamic Revolution of 1979. Several of the demonstrators present said they left the country in the early 80's.

Demonstrators in Palo Alto were in sympathy with the grieving parents of 27-year-old Pouya Bakhtiyari who was killed in the city of Karaj, and with other mothers and fathers of those recently killed. They stated that, "we in Northern California come together to shout for justice and freedom in Iran." Iranian American demonstrators in Lytton Plaza were joined by sympathizers including members of the Women's International League for Peace and Freedom and the San Jose Peace and Justice Center. At least one other person who just happened by picked up a sign to join in. 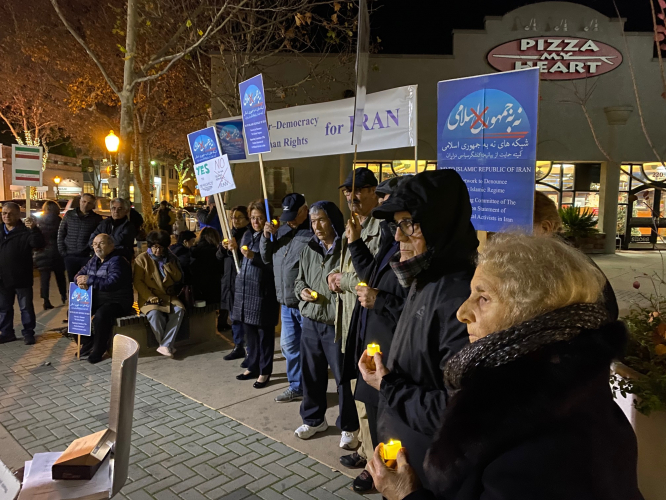 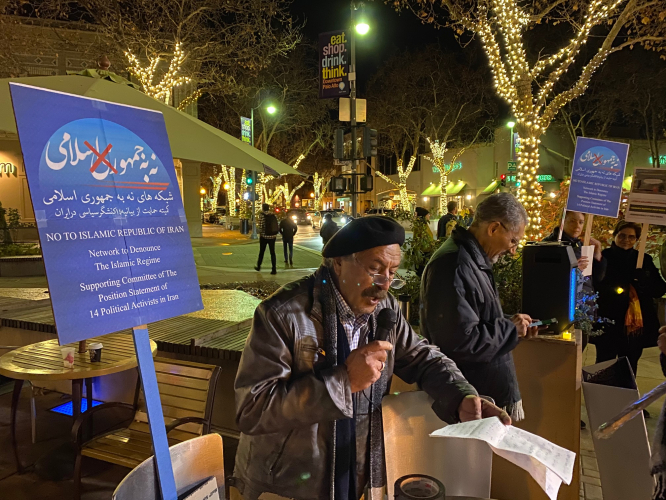 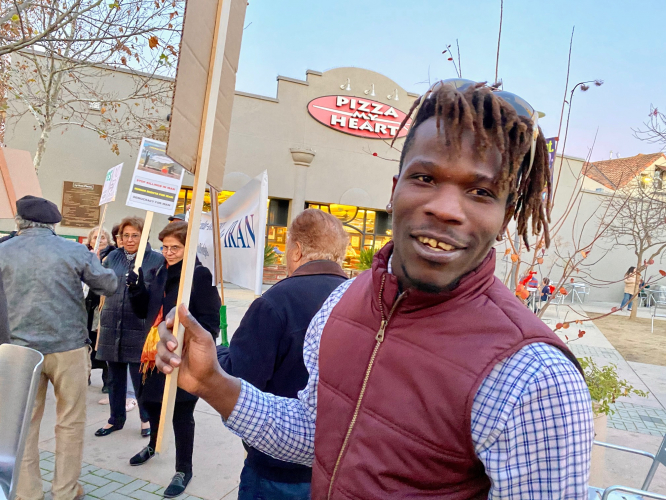 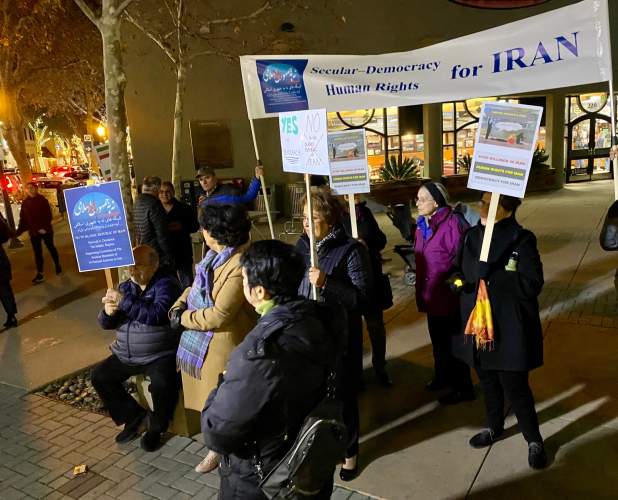 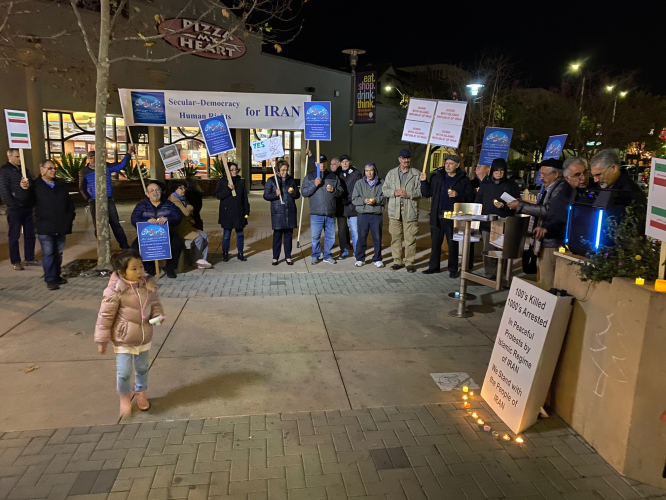 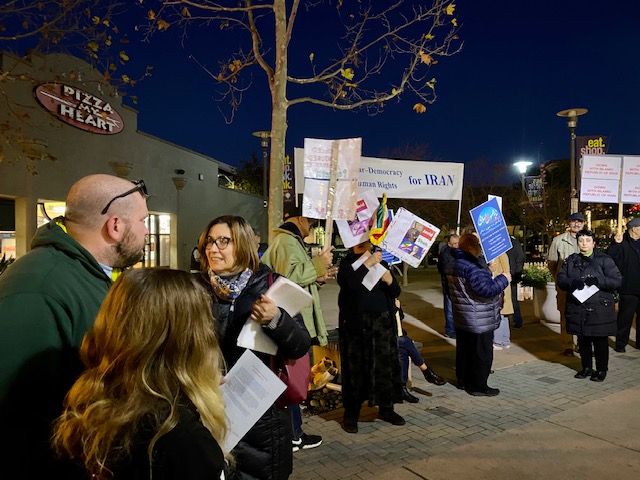 §Woman at left hid her face but stayed over an hour carrying photo of the deposed Shah
by R. Robertson Thursday Dec 26th, 2019 11:57 PM 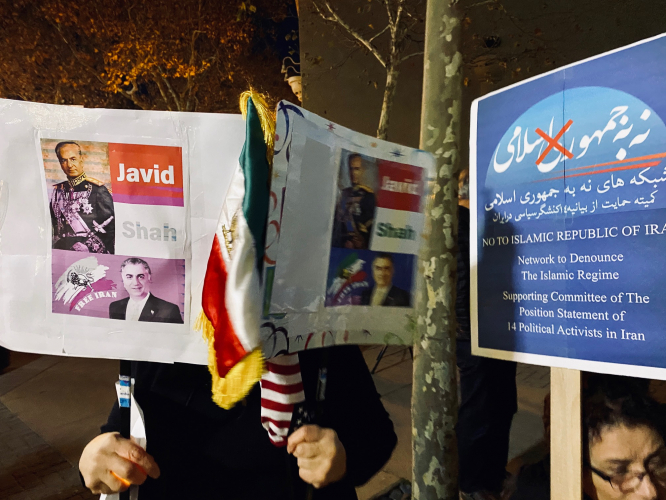 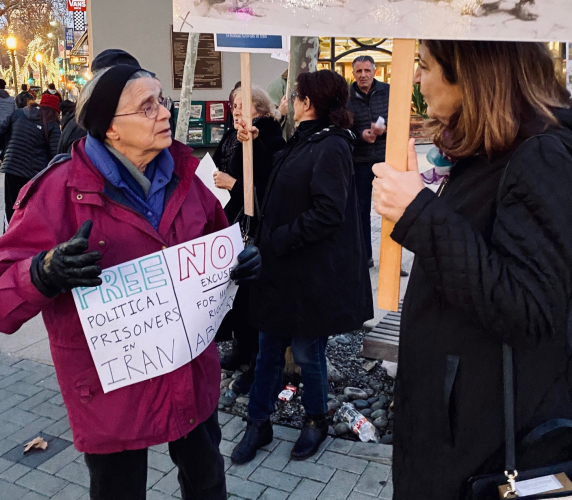 original image (1408x1230)
Organizer for the Palo Alto chapter of the Women's International League for Peace and Freedom (WILPF) made a connection with a member of an Iranian American women's group. They both expressed hopes to work together in the future.
Add Your Comments
LATEST COMMENTS ABOUT THIS ARTICLE
Listed below are the latest comments about this post.
These comments are submitted anonymously by website visitors.