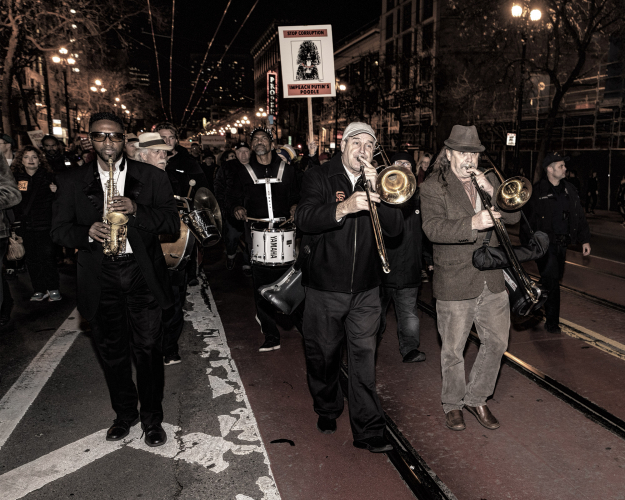 Demonstrators gathered in front of the San Francisco Federal Building at 7th and Mission on December 17, at one of more than 650 rallies organized across the country. Starting in the hundreds the crowd soon swelled to an estimated 2,000+ people.

One demonstrator dressed as Alexander Hamilton, another as Uncle Sam. Andrew Kong Knight, known for his work supporting unions as lead singer of the Angry Tired Teachers, covered classic rock songs with impeach Trump lyrics to the delight of protesters.

The crowd then marched through downtown streets. They briefly shut down 7th Street, then were on their way to Speaker Nancy Pelosi and Senator Kamala Harris' offices striding to the beat of the St. Gabriel Celestial Brass Band.

Two different organizations called people to the protest, the San Francisco based chapter of Indivisible and SF Refuse Fascism. Demonstrators affiliated with the latter group led an enthusiastic call and response during the march: “Get off the sidewalks and into the streets! Trump and Pence Out Now!"
§Andrew Kong Knight on guitar and singing with back up instrumentalist
by Text: RR Photos: Terry Scussel, Pro Bono Phot Sunday Dec 22nd, 2019 7:46 AM 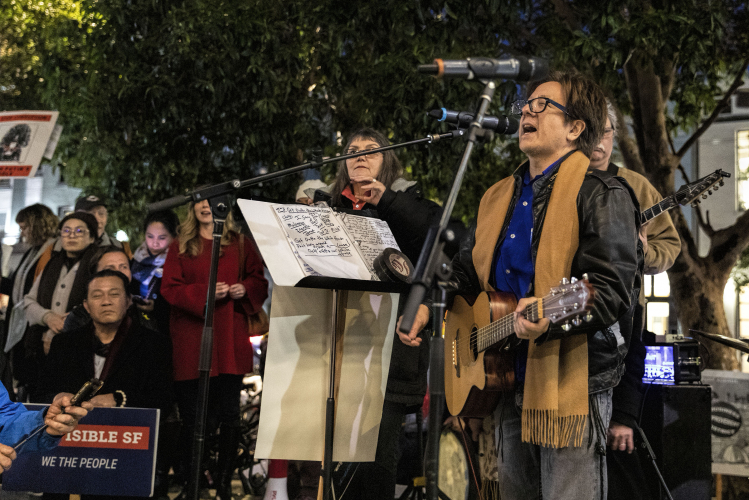 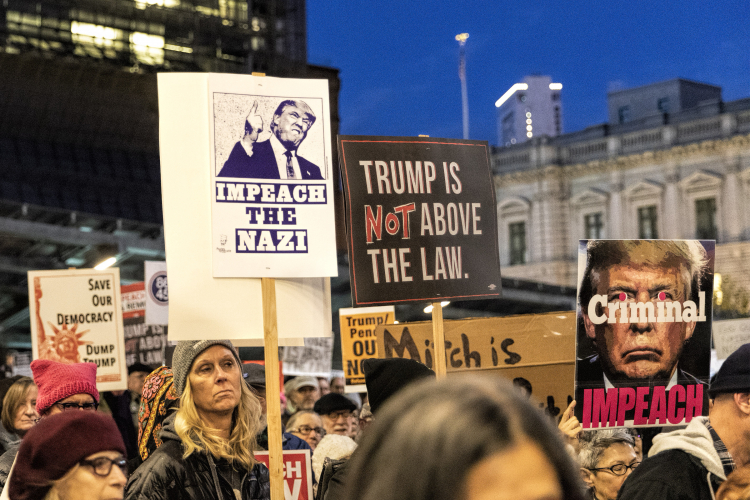 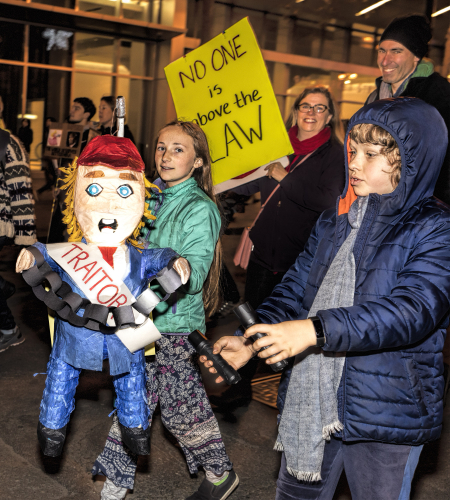 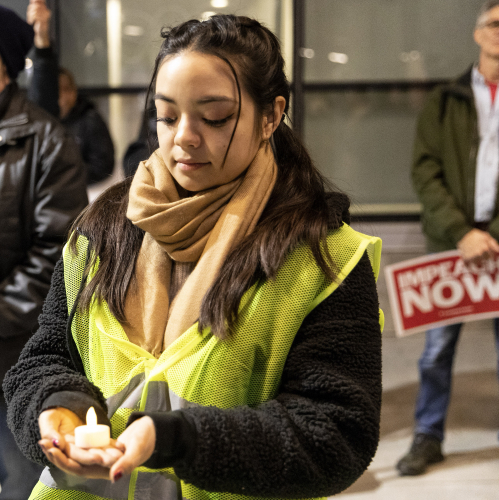 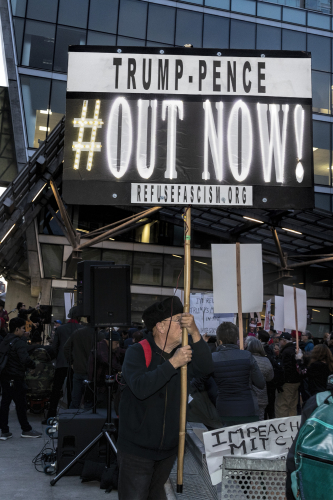 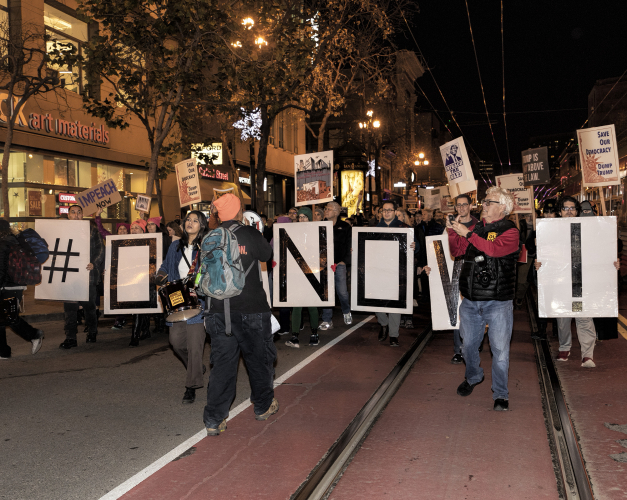 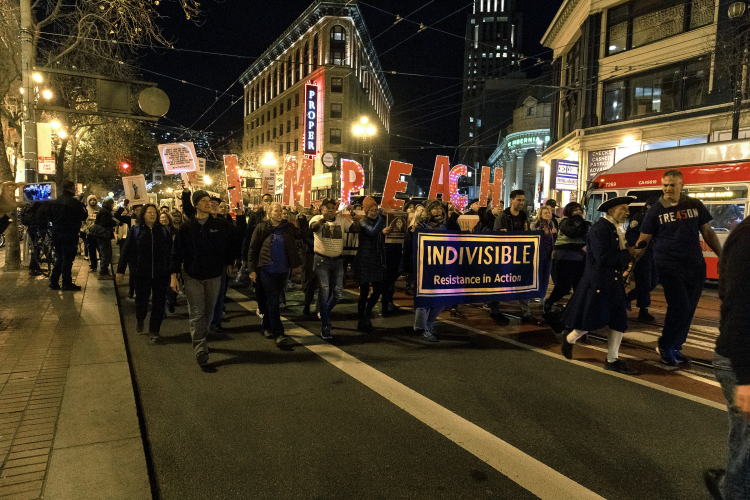 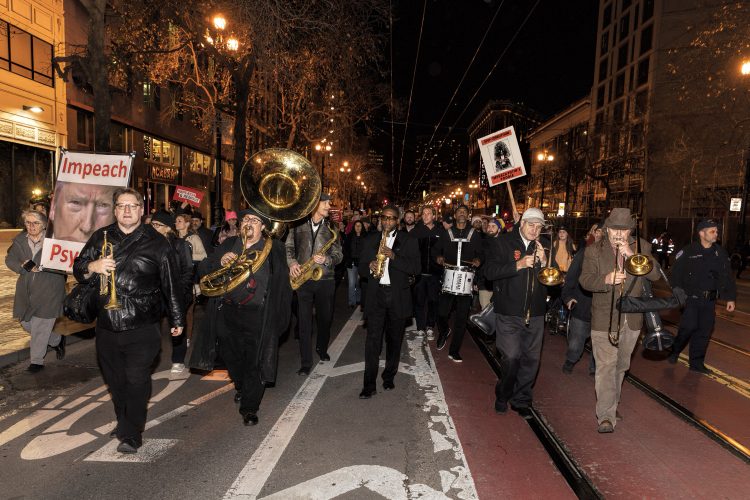 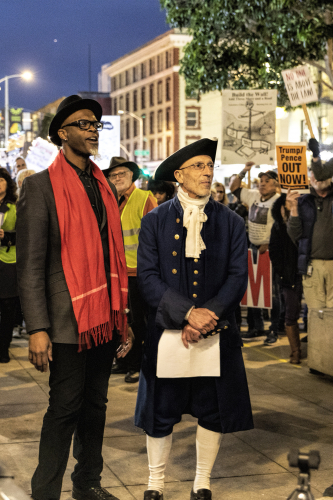 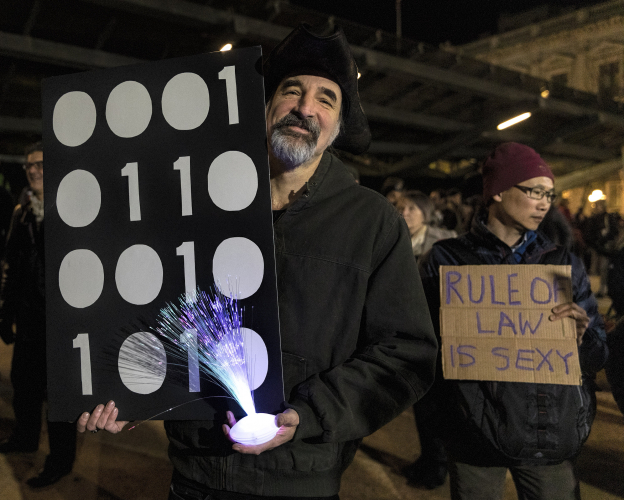 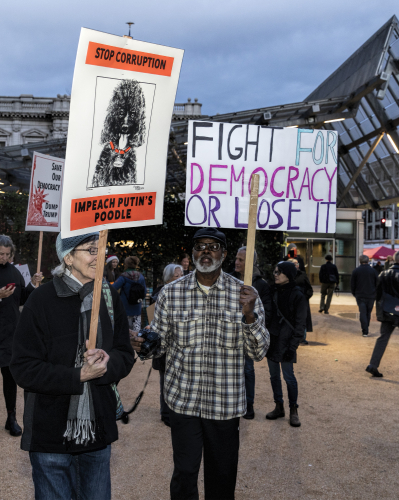 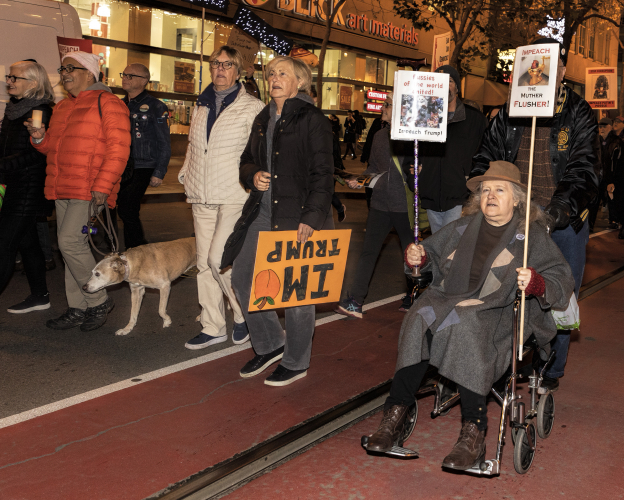 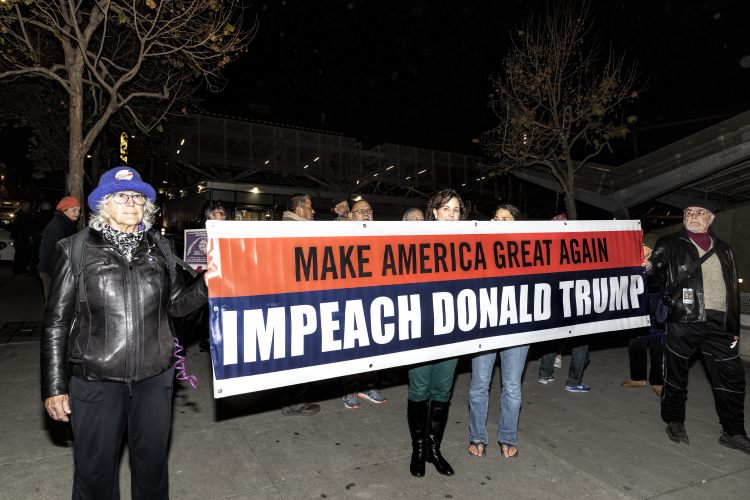 original image (3150x2100)
Meanwhile Revolution Club members chanted:
"5-6-7-8
America was never great!"
Add Your Comments
Support Independent Media
We are 100% volunteer and depend on your participation to sustain our efforts!