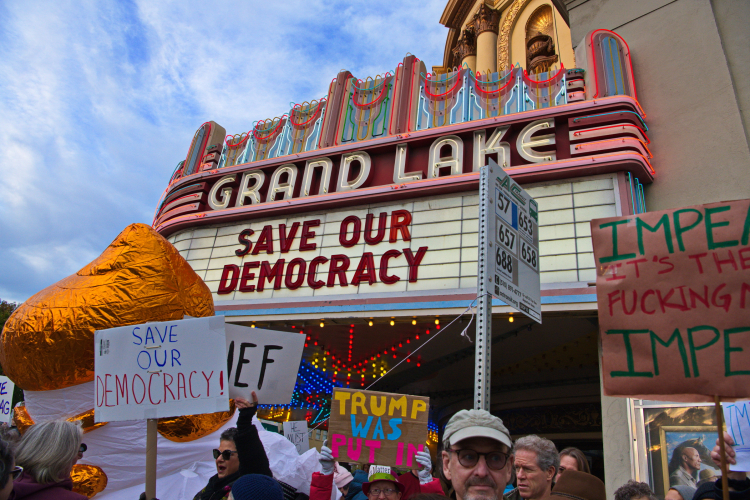 Tuesday December 17, 2019. Oakland was definitely “there” to demand that Trump be impeached and removed from office. Over 500 demonstrators rallied on Oakland’s Grand Avenue in front of the Grand Lake Theater to express their outrage over the Trump regime.

On all corners of the large intersection, crowds shouted and held both angry and humorous signs. To the continual blaring of supporting car horns, one sign offered to pay for impeachment while another dreamt of the Trump family in orange jump suits and handcuffs.

One group of protesters with a multi section “Impeach Trump” sign repeatedly crossed the wide streets. Spelling was, at times, approximate.

One angry individual tore a flag from a demonstrator and stomped on it in the middle of Grand Avenue. He was soon confronted and surrounded by police but not arrested since no charges were filed.

As the demonstration ended around seven, the Trump balloon was deflated and lying on the ground. 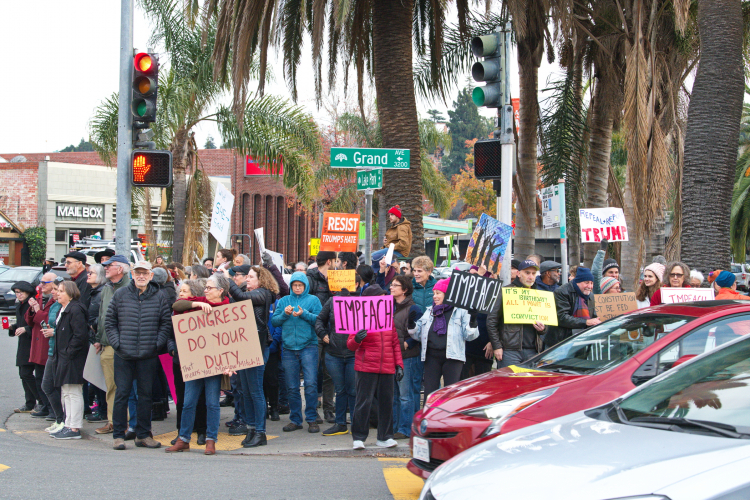 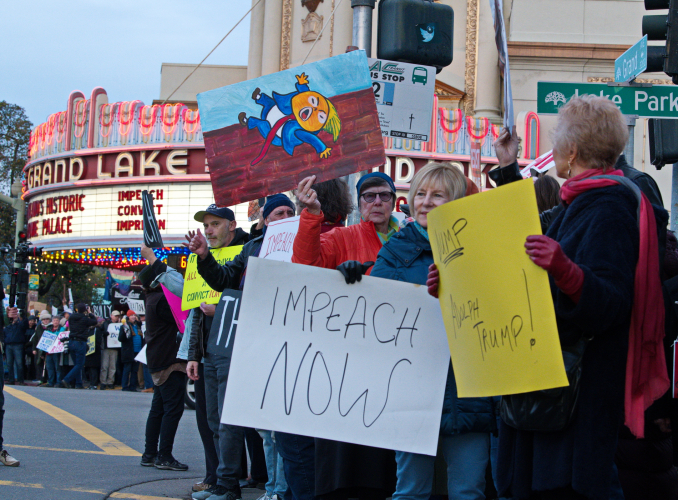 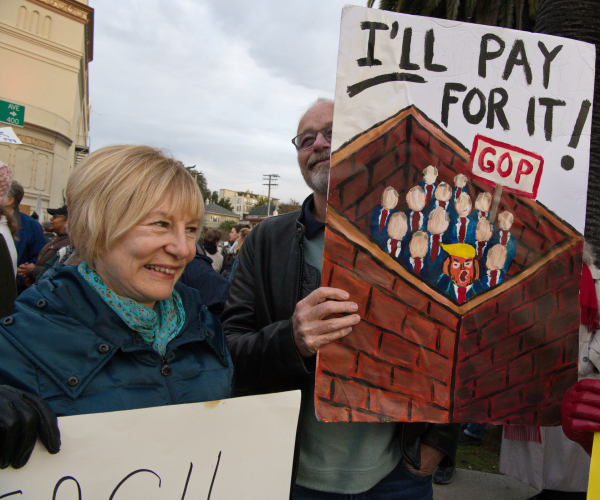 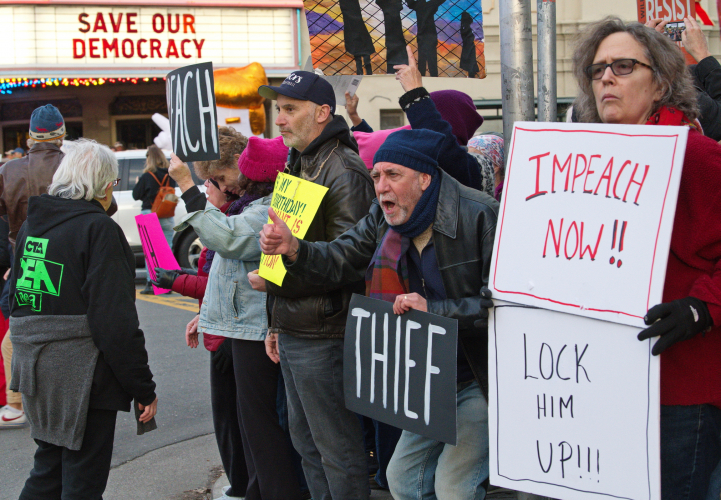 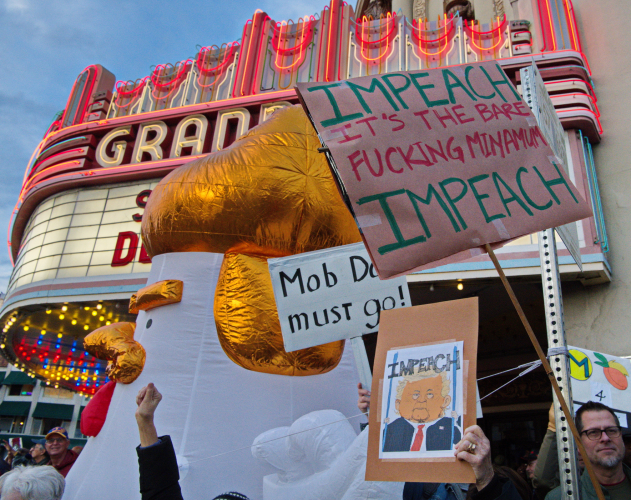 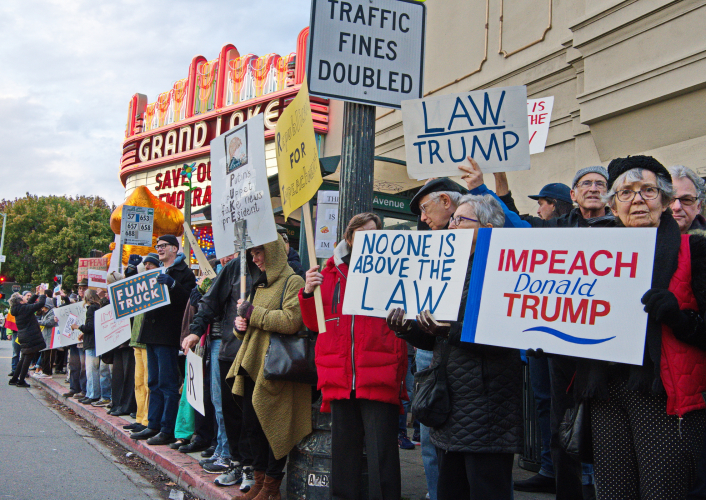 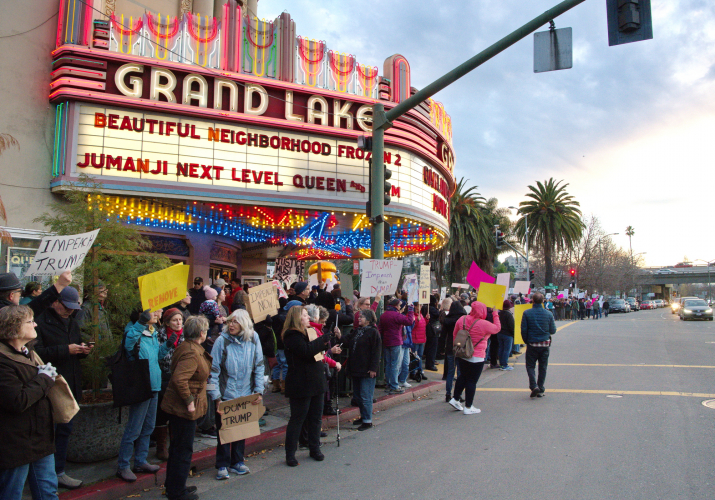 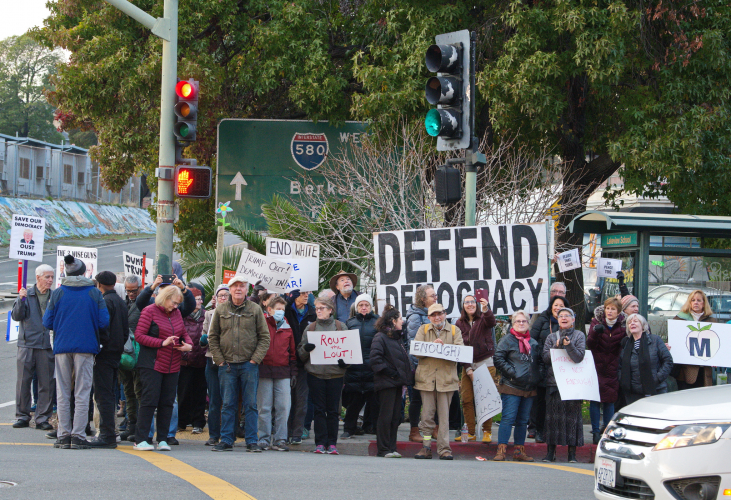 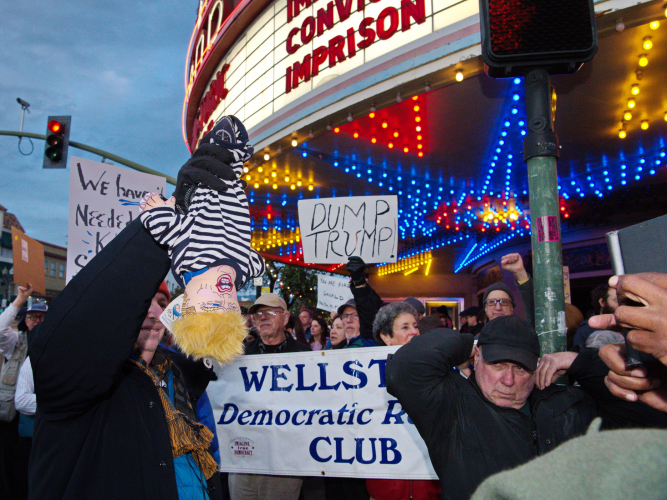 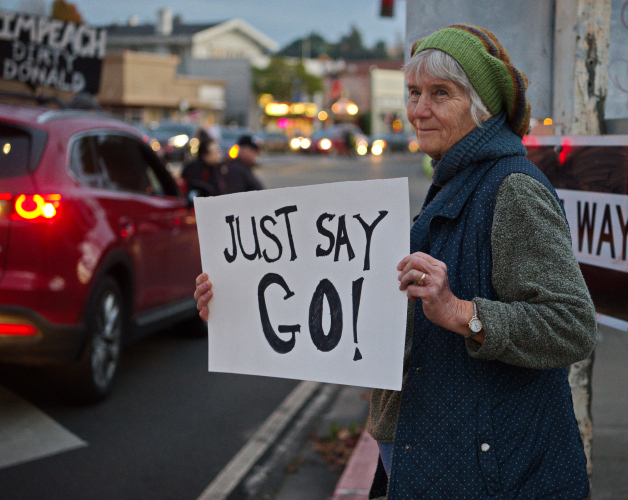 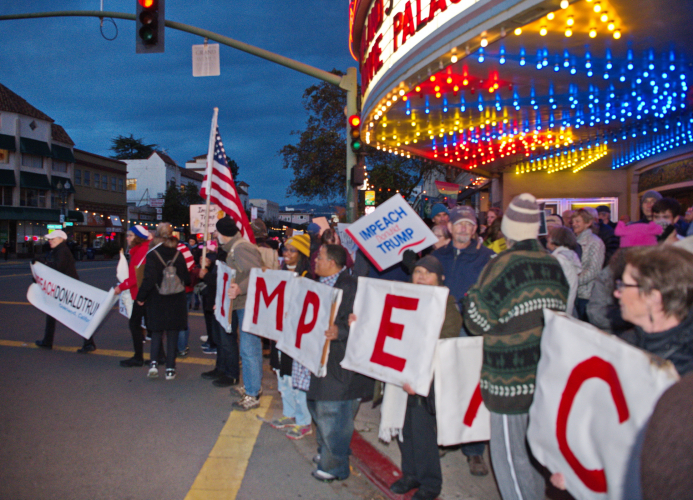 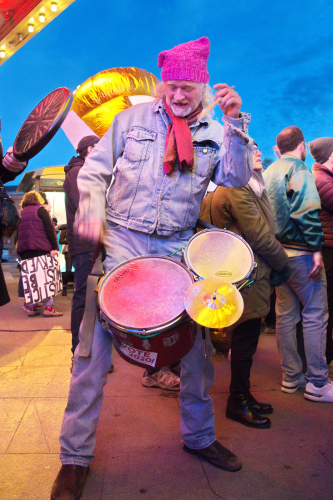 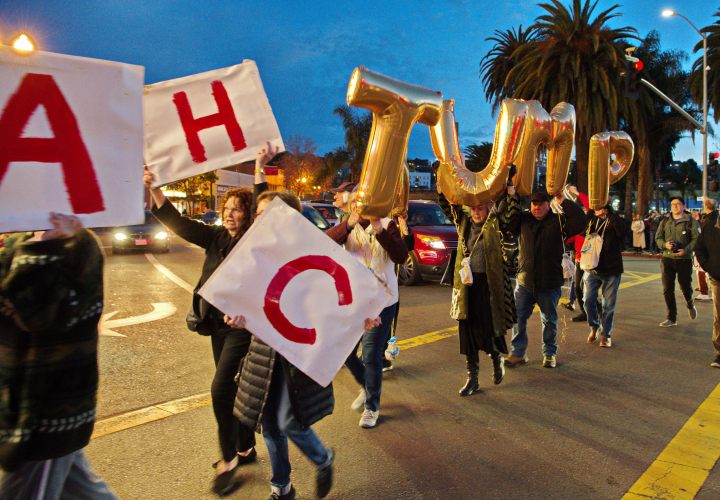 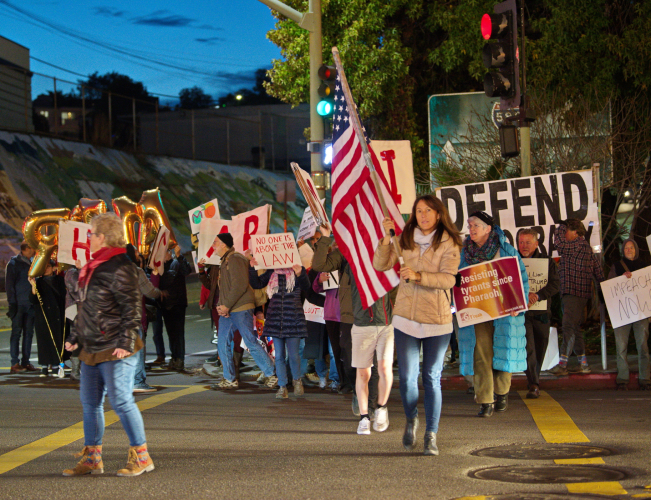 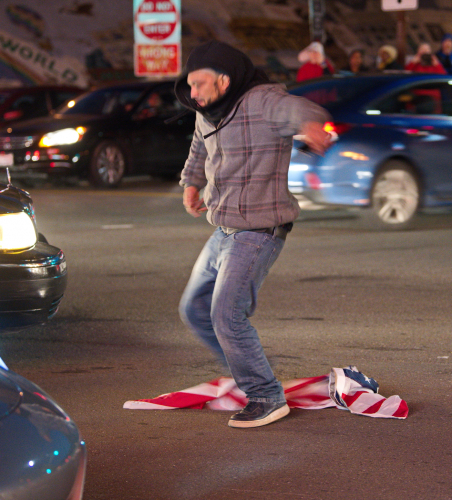 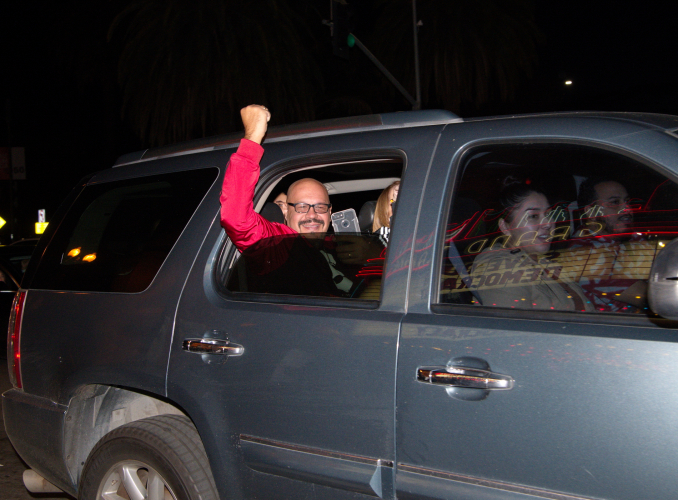 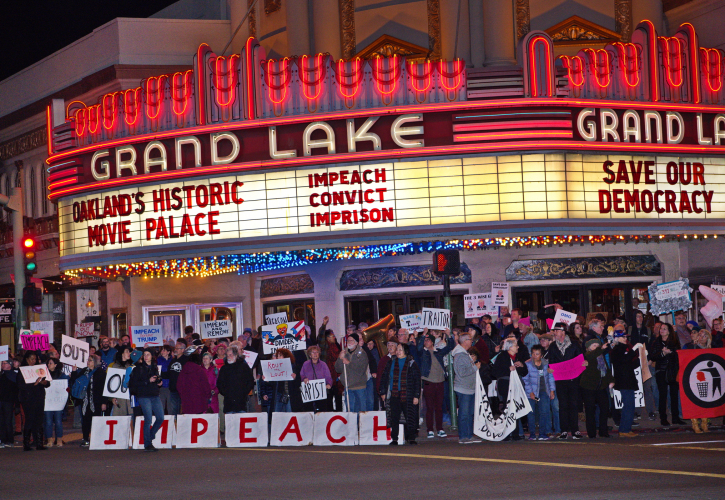 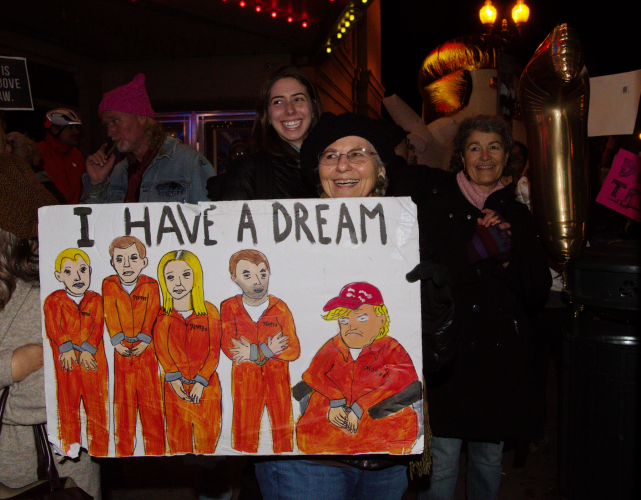 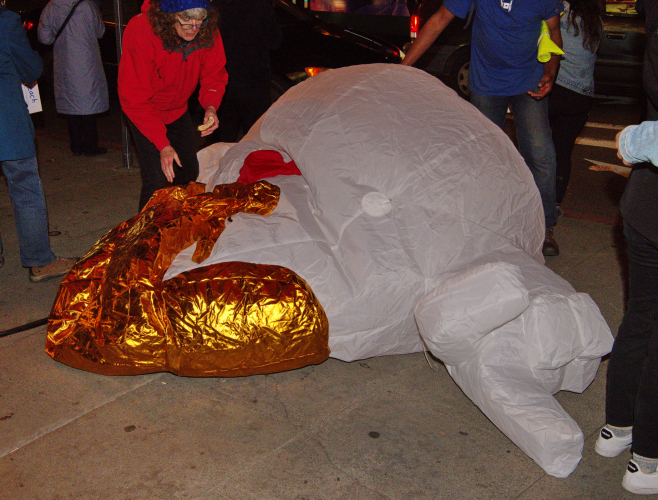 original image (1844x1400)
END_OF_DOCUMENT_TOKEN_TO_BE_REPLACED
Add Your Comments
Comments (Hide Comments)
§Incredible coverage!
by RR
From your fan....looks like it was pretty exciting times in Oakland and you captured it so well!