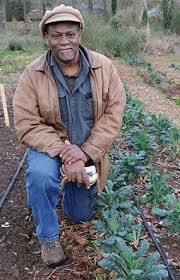 America is the richest agricultural production nation in the entire history of the world, yet the commercial agricultural system of America is broken. The ecological environment is deteriorating from a combination of climate change and petro chemical pollution. The food we eat is making us sick. In Georgia, the worst health statistics are found in the southwest area of the state, often referred to as the breadbasket. In California, the same challenge is within the "Greatest Garden in the World" the Central Valley. Is there a solution to this conundrum?

Yes! And it requires changing our mind-set as well as spending tax dollars to recreate pre-industrial regenerative agriculture and support of local food economies.

To begin, it is important to examine what made the American agricultural sector so productive in the first place. An important landmark begins in 1862, when President Abraham Lincoln signed several federal legislative enactments in the midst of the American Civil War. These initiatives catalyzed agricultural development throughout the United States, particularly in the mid-west.

America declared agriculture as a specific development interest for the country. The federal executive department evolved and eventually became responsible for developing and executing federal laws related to farming, forestry, rural economic development, and food. The department aimed to meet the needs of farmers and ranchers while promoting agricultural trade and production.

Land controlled and subsidized by the federal government was made available to independent farmers to colonize the western United States. The beneficiaries of the Homestead Act could not be part of the secession from the Union. Immigrants from Scandinavia were specifically recruited to settle the mid-west territories. Native Americans who had occupied the land for millennia had their homes appropriated for homesteader occupation. This was no coincidence.

The original 1862 Act's long title was An Act to Aid in the Construction of a Railroad and Telegraph Line from the Missouri River to the Pacific Ocean, and to secure to the government the use of the same for postal, military, and other uses. The Pacific Railroad Act enabled eastern industrial manufacturers to transport mechanical equipment to the farmers colonizing and inhabiting western states and territories.

Certain eligible states were granted 30,000 acres of federal land to sell for the purpose of establishing educational institutions. These land grant colleges were designated “to teach such branches of learning as are related to agriculture and the mechanic arts, in such manner as the legislatures of the States may respectively prescribe…” in order to promote the liberal and practical education of the industrial classes.

All this legislation, passed over a 48-day period, assisted in creating an agricultural infrastructure that undergirded and supported what was to become the greatest agricultural production entity humankind has ever seen. The world is now becoming urban.

We need an updated version of the Homestead Act to provide infrastructure support for small farms and urban agriculture.
Add Your Comments
Support Independent Media
We are 100% volunteer and depend on your participation to sustain our efforts!