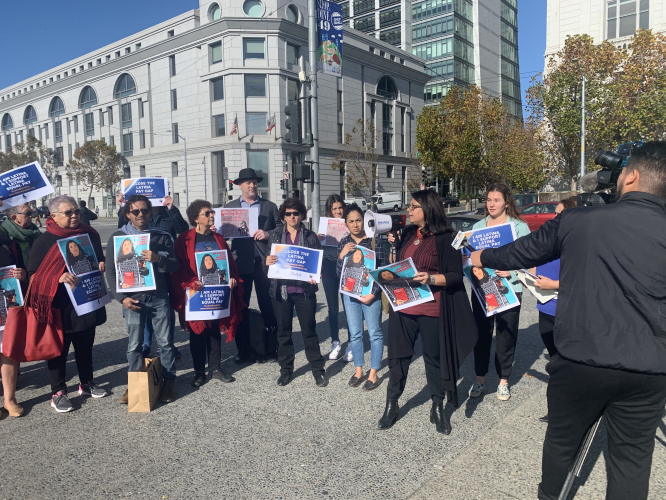 “CIIS’s actions are beyond reckless. We are confident in Dr. Pacheco’s claims and are proud to represent her,” said Felicia Medina, Founding Partner at Medina Orthwein LLP. “The outpouring of support for Dr. Pahceco’s advocacy after we filed her claims is heartening and has an impact.”

Following Dr. Pacheco’s request for a pay equity analysis, CIIS forced her on an unpaid leave of absence, refused to pay her for over a year, and then subjected her to a pretextual disciplinary faculty hearing. The faculty hearing board then fell in line with President Wexler’s retaliation to justify Dr. Pacheco’s termination. In her amended complaint, in addition to adding claims for unlawful termination, Dr. Pacheco added claims under the Private Attorneys General Act (“PAGA”), which allow for her to bring a representative action for all women and faculty of color who are underpaid at CIIS.

“I filed this lawsuit to stand up for myself and all women and people of color who are retaliated against for exercising their rights for equal pay and pay transparency,” said Dr. Pacheco. “CIIS then terminated me after I filed suit. CIIS’s actions are not aligned with its stated values of racial and gender justice.”

“Dr. Pacheco’s goal has always been to ensure that women of color at CIIS are paid fairly and hired at the same levels as their male and white colleagues,” said Kevin Love Hubbard, Associate at Medina Orthwein LLP. “Her PAGA claims, representing similarly injured employees, are designed to ensure that CIIS finally makes those changes.”

In her complaint, Dr. Pacheco alleges CIIS retaliated against her for exercising her rights under California’s Fair Pay Act, which prohibits paying women and employees of color less than men and other white employees when they perform “substantially similar work.” In addition to forcibly removing Dr. Pacheco from the classroom mid-semester, and placing her on an extended unpaid leave, CIIS has subjected Dr. Pacheco to many traditional fear mongering tactics. CIIS generated sham investigations against her and other employees who have supported her equal pay efforts to provide cover for its retaliatory campaign.

In October 2018, after Dr. Pacheco’s was put on unpaid leave, several academic colleagues and activists in the Bay Area mobilized to create the We Stand With Sandra Campaign. In response, CIIS maligned Dr. Pacheco and increased its adverse actions against her.

As of 2018, women across the country earn on average 80.7 cents each time a man earns $1.00, according to the US Census Bureau. Latinas earn a staggering 53 cents to every dollar white men earn. While the pay gap has narrowed over time, the Institute for Women’s Policy Research estimates that Latina women will have to wait until 2224 for equal pay at the current rate of change.
https://www.medinaorthwein.com/currentcase...
Add Your Comments
Support Independent Media
We are 100% volunteer and depend on your participation to sustain our efforts!