Add an Event
Newswire
Calendar
Features
Home
Donate
From the Open-Publishing Calendar
From the Open-Publishing Newswire
Indybay Feature
Publish to Newswire
Add an Event
Related Categories: California | Government & Elections
Large Pro-Impeachment Rally Held in Clovis, CA
by Peter Maiden
Wednesday Dec 18th, 2019 1:56 AM
Around 350 demonstrators turned out for a pro-impeachment rally in Clovis, adjacent to Fresno. It was one of over 600 demonstrations nationwide that were organized by MoveOn.org. 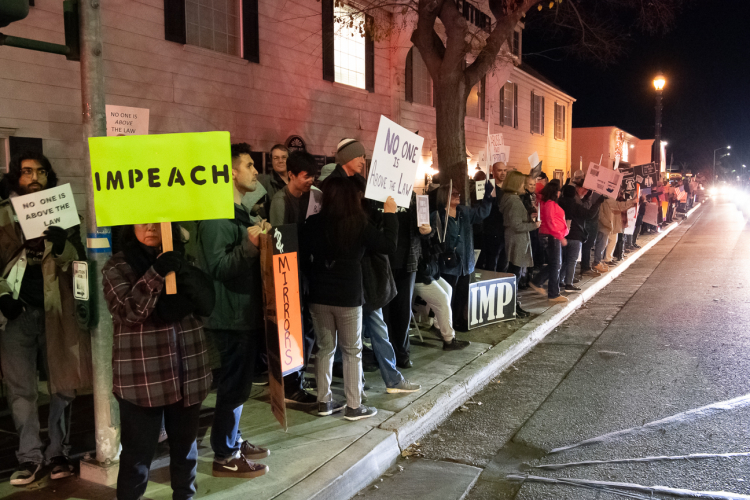 original image (1296x864)
More than 600 demonstrations calling for the impeachment of President Donald Trump were held throughout the country on Dec. 17. There were actions in all 50 states, organized by the umbrella organization MoveOn.org. Congress was to vote on impeachment the following day.

The Fresno area protest was held at the office of Rep. Devin Nunes (R–Tulare) on the corner of Clovis Avenue and 3rd Street in Clovis. Around 350 demonstrators turned out, some carrying the slogan on signs reading “Nobody is above the law!” They lined up in front of the building where Nunes has his office and on two other corners of the intersection. A fourth corner held a counter-demonstration of less than two dozen Trump supporters. Despite their being few in number, the counter-demonstrators got “equal time” on local TV.

“This is not a celebration,” said Stacy Williams, spokesperson for the organizers of the demonstration. “It’s sad, actually. What we really want to do is make sure people understand that this isn’t about politics, it’s not about a party, it’s not [about] Republicans or Democrats. There are real policy issues, it’s on principles, these are crimes, and we’re just adhering to the Constitution.”

Nunes is up for reelection in November’s election. Over the past few years, many protests have been held at Nunes’ Clovis office, although the Congress member has never been seen by protesters to be in the office. The action on Dec. 17 was the largest held there to date.

Protester Gene Roza said, “I think the turnout is very, very good. It shows the interest of the voting public and the taxpayers that the community needs representation that represents us. We don’t get it from Mr. Nunes…He is obviously Trump puppet No. 1…There’s three good people running for [his] office, and any one of them would be so much better than Devin Nunes.”

One protester wore a cow costume to reference a lawsuit Nunes filed against the author of a parody Twitter account called “Devin Nunes’ Cow,” in which the cow makes barbed remarks about the Congress member. Nunes recently filed six lawsuits, several of them claiming his career is suffering from disparagement.

Clovis police had a low-key presence at the event, with a pair of foot patrol officers on site, who indicated the sidewalk should be clear so pedestrians could walk through.
§Demonstrator Robert Kutruff is a Veteran for Impeachment
by Peter Maiden Wednesday Dec 18th, 2019 1:56 AM 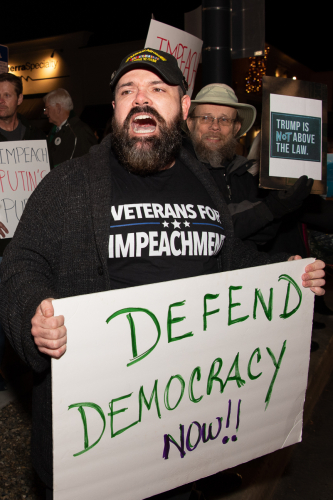 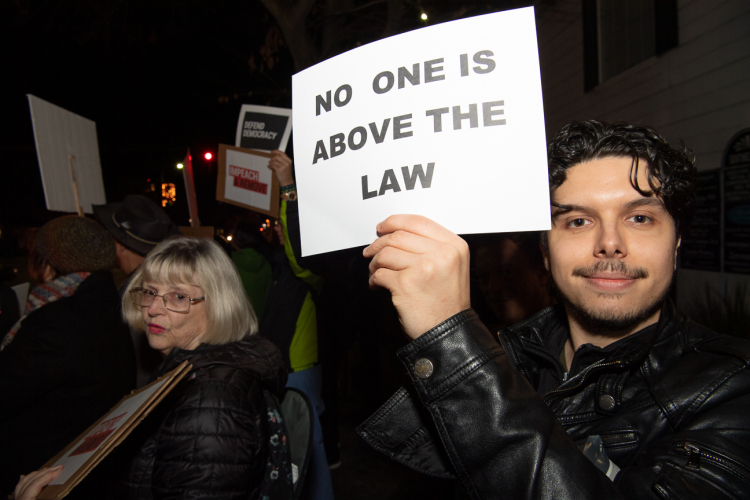 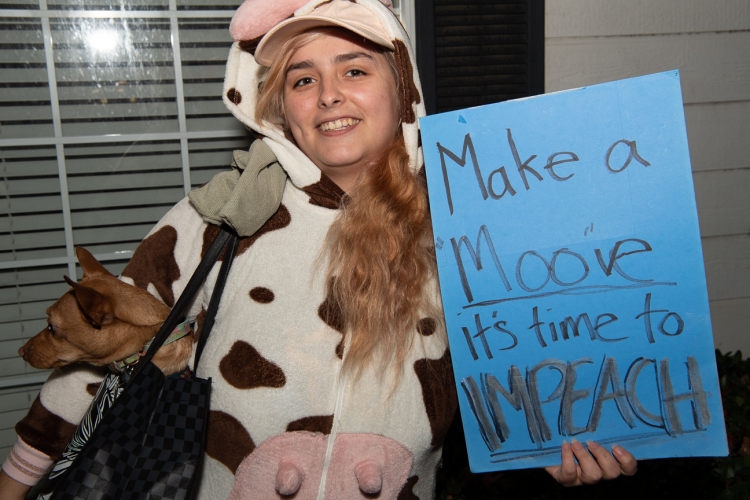 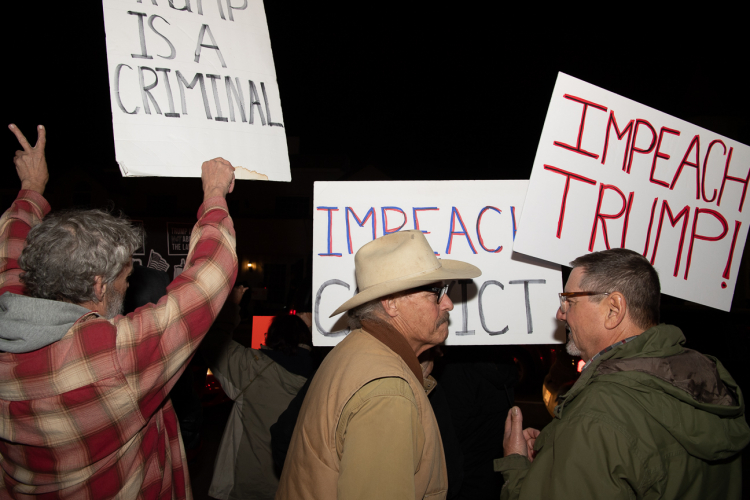