Add an Event
Newswire
Calendar
Features
Home
Donate
From the Open-Publishing Calendar
From the Open-Publishing Newswire
Indybay Feature
Publish to Newswire
Add an Event
Related Categories: U.S. | Health, Housing & Public Services
Support needed for emergency rental assistance program to fight evictions
by Lynda Carson (tenantsrule [at] yahoo.com)
Monday Dec 16th, 2019 9:28 PM
Help may be on the way to fight back against evictions if enough people support some legislation that would fund what is known as the eviction crisis act, also known as the emergency rental assistance program! 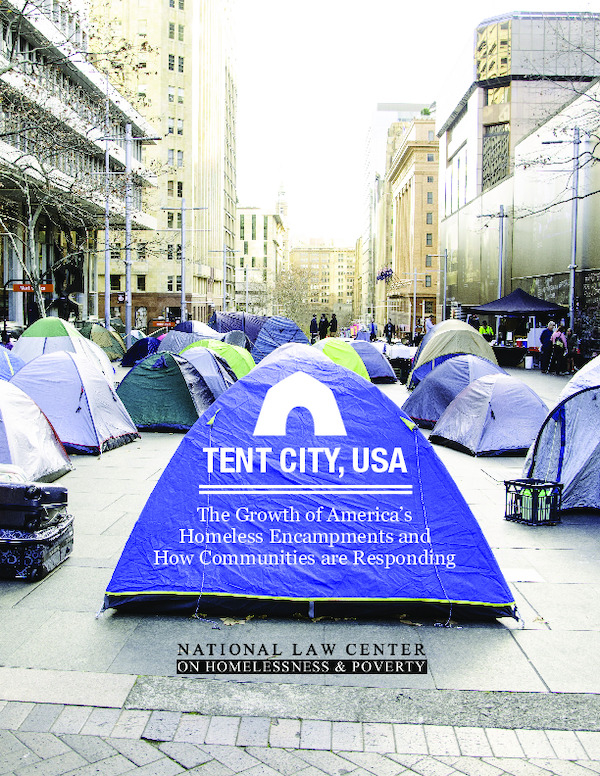 There is an eviction crisis occurring in Oakland, California and the rest of the United States as a direct result of greedy landlords, realtors and never ending rent increases. In California, the California Apartment Association is always scheming with notorious landlords in the effort to increase the rents, evict the renters, and to fight back against or sabotage any and all reasonable renter protections that people try to pass into law.

Help may be on the way to fight back against evictions if enough people support some legislation that would fund what is known as the eviction crisis act, also known as the emergency rental assistance program.

According to the Eviction Lab, there were 763 reported evictions in the City of Oakland, CA, during 2016. However, according to records from the City of Oakland, from 1/1/2016 through 12/31/2016, there were 8,551 eviction termination notices, and this does not include all the evictions occurring that were not reported. Additional records reveal that there were around 1,050 eviction termination notices served in Oakland from 1/1/2015 through 2/29/2016.

As a result of all the evictions, reportedly homelessness rose 47% between 2017 and 2019, and Oakland has around 4,071 unhoused persons. Oakland’s homeless rate reportedly is higher than San Francisco and Berkeley, and Oakland has the fastest pace for gentrification in the Bay Area. In 2018, it was reported that landlords file an average of 166,337 eviction lawsuits annually in California.

According to Opportunity Starts At Home on December 12, 2019, “Today, Senators Michael Bennet (D-CO) and Rob Portman (R-OH) introduced the Eviction Crisis Act, which creates new tools to help end the nation’s continuing eviction epidemic.  Among various other promising provisions, the legislation includes the creation of an Emergency Assistance Fund to test, evaluate, and expand proven interventions to help low-income households facing housing instability due to an unexpected economic shock.  This policy solution was developed and championed by the Opportunity Starts at Home campaign, which worked closely with the bill’s sponsors.  The introduction of this legislation marks a significant milestone for the campaign in advancing its policy agenda.

The Emergency Assistance Fund is structured as a competitive grant program administered by the Department of Housing and Urban Development (HUD), with input from the Departments of Health and Human Services (HHS) and Agriculture (USDA).  Grants would be awarded to states and local governments to establish crisis assistance programs to prevent extremely low-income households from experiencing housing instability, including an imminent risk of eviction or homelessness, by providing short-term financial assistance and housing stabilization services.  At least three-fourths of the dollars must be used to provide direct financial assistance and up to one-fourth can be used to provide wrap-around services, such as counseling.  The bill also requires a rigorous evaluation of the program’s effectiveness in preventing housing instability.”

Only you can help spread the word about the “Eviction Crisis Act” and urge your networks to send the campaign’s letter of support to their senators.

The following links are from the National Low-Income Housing Coalition:

The campaign’s press release, featuring quotes from ten of its multi-sector partners, is at: https://bit.ly/36rrtRV

The campaign’s fact sheet about the “Emergency Assistance Fund” is at: https://bit.ly/2sr59ZJ

The bill text is at: https://bit.ly/2ROQSkm

A press release from Senators Bennet and Portman is at: https://bit.ly/2sigGe7

More information is on Senator Bennet’s website at: https://bit.ly/36vxRra 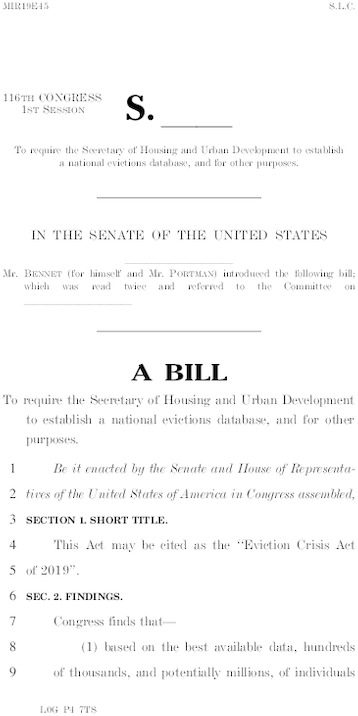 To require the Secretary of Housing and Urban Development to establish a national evictions database, and for other purposes.