Add an Event
Newswire
Calendar
Features
Home
Donate
From the Open-Publishing Calendar
From the Open-Publishing Newswire
Indybay Feature
Publish to Newswire
Add an Event
Related Categories: San Francisco | Education & Student Activism
Stop The Cuts! Hundreds of CCSF Students & Faculty Protest 300 Class Cuts AT BOT
by Labor Video Project
Saturday Dec 14th, 2019 6:32 AM
Hundreds of students and faculty protested at the San Francisco Community College Board of Trustees meeting against the 300 class cuts by CCSF chancellor Mark Rocha. The board had previously voted give to big raises to executives at the community college. The cuts will also close down the senior class program. 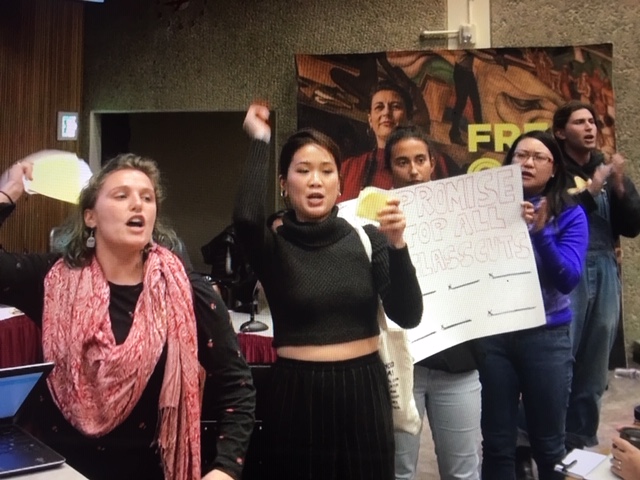 Stop The Cuts! Hundreds of CCSF Students & Faculty Protest 300 Class Cuts AT BOT Meet-SF & CA Demos Lead The Attack On Public Education
Hundreds of faculty and students rallied, protested and spoke out at a SF City College Board of Trustees meeting on December 12, 2019.

Chancellor Mark Rocha had announced the 300 class cuts and then sent a letter to SF Mayor London Breed and the Board Of Supervisors arguing against a $2.7 million funding appropriation to stop the cuts.

Rocha said the cuts were “part of a long-planned restructuring of the academic program to prioritize the graduation of students of color” in preparation for the state’s new method of funding community colleges. Rocha was backed up by the Board of Trustees who are part of the City's Democratic party power structure and have supported the massive corporatization, privatization, and downsizing of the community college.

Additionally, San Francisco and California politicians in the legislature have passed the "Student-Centered Funding Formula” that punishes working-class students that cannot graduate in two years.

This legislation has been pushed by the reactionary rightwing Lumina Foundation and ALEC nationally and the California Democratic Party has put this into legislation which will destroy all community colleges in California.

Virtually the entire Older Adults Program as well would also be destroyed by the cuts putting many seniors who need these programs in health danger.

California Democrats with a $21 billion surplus and San Francisco with many billionaires and a $12 billion dollar budget are at the same time intent on San Francisco Community College.
Rocha whose wife is a developer is also moving to sell-off campuses of the college for speculators and developers and are pushing an $800 million bond measure that would be a slush fund for the corrupt administrators and billionaires.

Public Education, Privatization, Corruption And The Destruction Of Our Schools
https://www.youtube.com/watch?v=S_eu5u70tTE&t=16s

"Are You Out Of Your Minds"? AFT 2121 Faculty Challenge CCSF Board On Mark Rocha Appointment
https://www.youtube.com/watch?v=CEZpOS8p4gQ \ 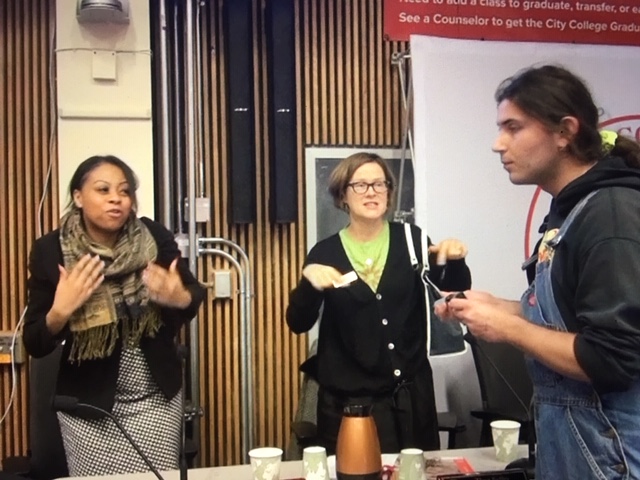 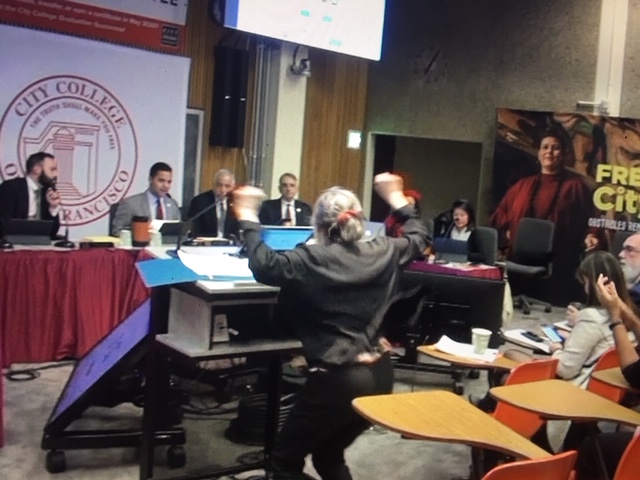 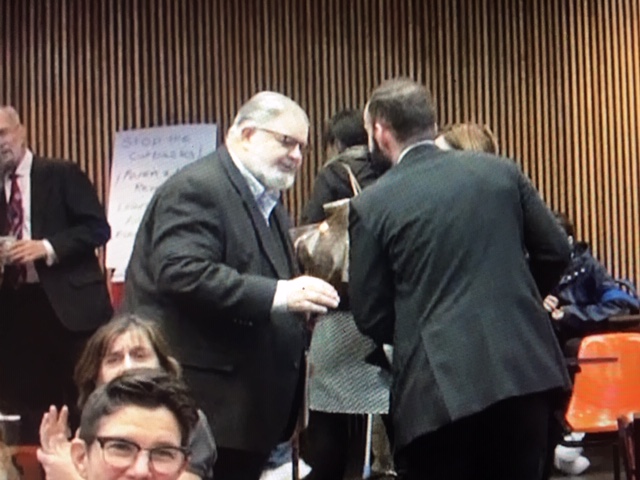 Former AFT UESF president Dennis Kelley greeted CCSF Board of Trustees member Tom Temprano. Kelley was appointed by the Board to Chancellor Rocha's $800 million bond committee. The bonds are written without any specification on what buildings will be constructed and the timeline. Previous bond measures for the Performing Arts Education Center have not been completed by the management and trustees.
https://youtu.be/7ohpgRD_cOg
Add Your Comments
Support Independent Media
We are 100% volunteer and depend on your participation to sustain our efforts!