Add an Event
Newswire
Calendar
Features
Home
Donate
From the Open-Publishing Calendar
From the Open-Publishing Newswire
Indybay Feature
Publish to Newswire
Add an Event
Related Categories: Central Valley | Environment & Forest Defense | Government & Elections
Central Valley Water Board Approves Grasslands Water District Permit
by Dan Bacher
Friday Dec 13th, 2019 11:47 PM
"Toxins in water impact fish, divide indigenous families from traditional foods, and can cause permanent learning disabilities in children," stated Sherri Norris, executive director of the California Indian Environmental Alliance. "Many of these toxins cannot be removed from water once it enters into the system. It’s imperative that we protect all of California’s water from these toxins." 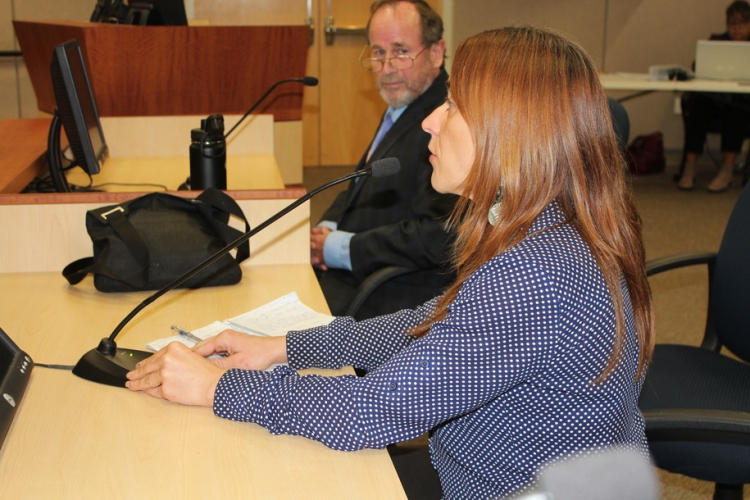 original image (915x610)
Rancho Cordova -- On December 5, Central Valley Regional Water Quality Control Board today voted 4-1 to issue a 25-year permit to continue discharges of selenium and other toxins from commingled agricultural and stormwater runoff into the San Joaquin River and the San Francisco Bay Delta, despite testimony from dozens of representatives of fishing, tribal, environmental justice and conservation groups challenging the permit.

On a positive note, the staff promised the board that they would revisit the permit for the Grasslands Bypass Project in two years after more data on selenium discharge becomes available.

In November, five groups filed suit against the San Luis and Delta-Mendota Water Authority and the US Bureau of Reclamation for what they described as “the failure to adequately review the environmental impacts from continued operation of the Grasslands Bypass Project to drain agricultural pollution.”

“These contaminants would impair the survival of commercially harvested salmon, degrade the quality of the freshwater environment downstream, and poison the drinking water supply for tens of thousands of Californians,” according to a press release from the Pacific Coast Federation of Fishermen’s Associations (PCFFA) and Save California Salmon. “Over the past 25 years millions of taxpayer dollars have been used to study treatment of the poisoned land discharges. Despite a massive effort, no solutions have been found other than to stop irrigation of poisoned lands.”

A recent report revealed that the Bureau of Reclamation "spent a reported $67.8 million for just a project (demonstration treatment plant) that has not met its legal obligation to provide drainage services and that has not consistently met operational performance goals.”

"The selenium and mercury discharges from the Central Valley's toxic lands have been released into the San Joaquin River, and thus the state's drinking water supply, for over 25 years under the condition that they would cease by now," said Regina Chichizola, co-director of Save California Salmon. "These are the same discharges that caused the Kesterson Refuge disaster. Only in California would the state admit that agriculture pollution could soon make the Central Valley's water unusable, encourage the use of unfarmable lands, then divert toxins into our rivers and drinking water, and call it a solution."

"Toxins in water impact fish, divide indigenous families from traditional foods, and can cause permanent learning disabilities in children," stated Sherri Norris, executive director of the California Indian Environmental Alliance. "Many of these toxins cannot be removed from water once it enters into the system. It’s imperative that we protect all of California’s water from these toxins."

"The Central Valley Regional Board is devising a toxic solution to the continued dumping of a toxic solution," said Noah Oppenheim, executive director of PCFFA. "Continued operation of the Grasslands Bypass to dump agricultural waste into public waterways will certainly kill fish and harm fishing jobs. It will also prove to be unlawful, rendering the board's issuance of a 25-year permit to pollute unlawful as well."

Barbara Barrigan-Parrilla, Executive Director of Restore the Delta, also commented on results of the board meeting yesterday:

“Delta community members from Restore the Delta, Little Manila Rising, With Our Words, and LGBT+, Social Justice, and neighborhood groups, along with California Striped Bass, Save California Salmon, Pacific Coast Federation of Fishermen's Associations, California Sportfishing Protection Alliance, Sierra Club California, and Planning and Conservation League achieved a better outcome than anticipated at the Central Valley Regional Water Board. It was not perfect,” she stated.

“A selenium discharge permit was granted; however, it will be reopened for reconsideration in two years when more data on selenium discharge becomes available. We got this better result because our coalition of speakers -- teenagers to seventy-year-olds -- had facts, history, and the truth on their side,” she stated.

”Will groups appeal the decision? Most likely yes. However, we were heard and we expect a more productive conversation with the Central Valley Board regarding Delta water quality moving forward,” Barrigan-Parrilla-Parrilla concluded.

In a letter sent to the Central Valley Central Valley Regional Water Quality Control Board on November 8, the Pacific Coast Federation of Fishermen's Associations (PCCFA) led a coalition of fishing organizations, tribes, and environmental groups in condemning plans to extend permitting of the Grasslands Bypass Project (GBP).