On this episode, we are lucky enough to speak with two grad students involved in the growing wildcat strike that is demanding a cost of living adjustment on the University of California (UC) campus of Santa Cruz, located south of the bay area in Northern California.
Listen now:
Copy the code below to embed this audio into a web page:
Download Audio (125.7MB) | Embed Audio
Grad students are demanding more money for their work in order to afford the cost of rising rents and everyday expenses. Students have threatened to not turn in grades at the end of the semester if their demands are not met and UC administrators are threatening possible retaliation. We discuss the growing struggle, the influence of the student occupation movement in 2009-2010, and what this fight means in the context of increasing revolt against austerity across the world.

We then dive into a deep discussion on the continuing Trump impeachment crisis and what the Democrats bringing articles of impeachment against Trump means for the rest of us.

It’s Going Down is a digital community center from anarchist, anti-fascist, autonomous anti-capitalist and anti-colonial movements. Our mission is to provide a resilient platform to publicize and promote revolutionary theory and action.
https://itsgoingdown.org/
§
by It's Going Down Friday Dec 13th, 2019 5:29 PM 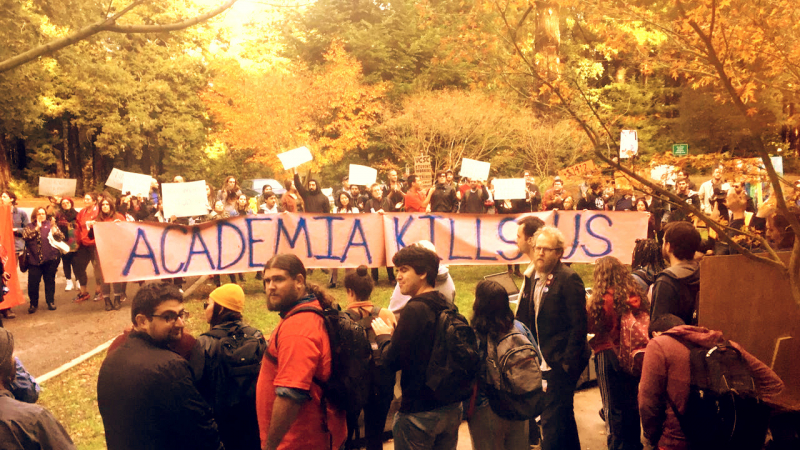