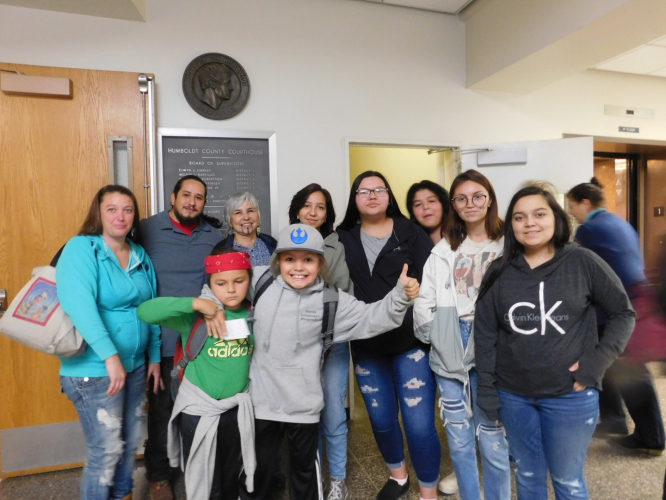 original image (1440x1080)
Eureka, California - Today the Humboldt County Board of Supervisors unanimously voted to reconsiders its support for the proposed Sites Reservoir project in the Central Valley due to concerns it would have serious impacts on the Trinity River fishery and the counties water rights.

The board voted to send a letter to the Sites Authority asking for an additional environmental review of the project, and a letter requesting protections for the Trinity River’s water and reservoir carry over storage in all future water rights proceedings.

“Congratulations to all five Humboldt County Supervisors for doing the right thing to protect Humboldt County's water rights, environment and economy by sending the two letters.” said Tom Stokely from the Pacific Coast Federation of Fishermen’s Associations and Save California Salmon. Stokely helped write the letters with the supervisors.

The decision was based on a new hydrology report that shows temperature impacts to the Trinity River from the Sites Reservoir Project diversions to the Sacramento River. The Trinity River is the only out of basin diversion to the Central Valley state and federal water projects.

Over a dozen people from the Klamath and Trinity RIver commented in support of the resolutions, and expressed concerns that other proposals such as the controversial permanent water contract for Westlands Water District and the new federal water project operations proposed by the Trump administration would also negatively impact the Klamath and Trinity River salmon. Those testifying included Hoopa High school and Trinidad elementary students.

“I should be in school learning geometry, figuring out what I want to do with my life, said Kylee Sorrell a sophomore at Hoopa High School, “but I am here fighting for my culture, for the water and most importantly for the salmon.”

“The Trinity River is a foundation of our fish runs, and our duty is to protect them,” said Mike Belchik Senior Water Policy Analyst for the Yurok Tribe. “ We stand firm in our belief that the Trinity River must be protected from harm as a result of the proposed operation of Sites Reservoir, and we fully support and join in Humboldt County’s actions to protect the Trinity River.
http://californiasalmon.org
Add Your Comments
Support Independent Media
We are 100% volunteer and depend on your participation to sustain our efforts!