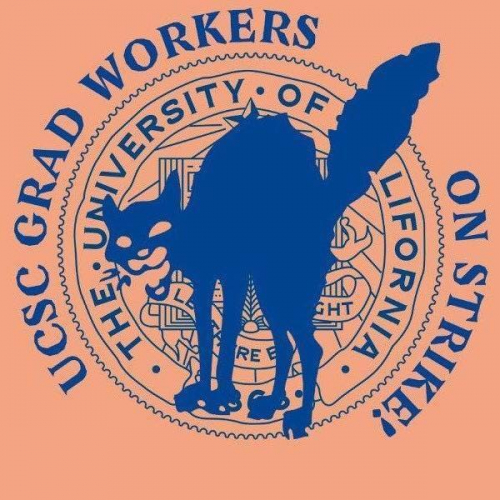 The exploited masses of this University have made their demands known. On November 7th, 1 in 10 of UCSC’s graduate students marched on Kerr Hall demanding a Cost of Living Adjustment from the university’s administration. On November 13th, service workers of AFSCME 3299 and undergraduate students striked for an end to outsourcing and fair contract with fair wages. These actions have shown the true conditions of the economic crisis that is present here in Santa Cruz. The administration has responded by offering “long-term” solutions to their demands, such as building graduate-student housing, but the issue is clear that this is an immediate crisis that requires an immediate solution.

The clear enemy is this struggle is neoliberal capitalism and the sectors of the administration that uphold it. In prioritizing the production of profit based on the economic exploitation of service workers, graduate students, and undergraduate students over the espoused values of equality and diversity this university shows its true face: inaction in the face of the masses that clamor for their basic needs.

In the face of rising repression of the US-Duterte Regime in the Philippines, this past November we have seen the raiding of progressive organizations, the arrests of activists, and unending violence against farmers in the countryside. All of this has been carried through the regime’s new counterinsurgency program Oplan Kapanatagan, that seeks to launch all out war against the people’s struggle for National Democracy through its “whole of the nation” approach which weaponizes even civilian bureaucracies. We must also highlight the US government's financial support of these atrocities, to the tune of $200 million annually, that goes to the Phillipine military rather than investing in fair wages for graduate students and service workers or the education of undergraduate students. With these grave injustices in mind, Anakbayan Santa Cruz sees it prime importance in standing in solidarity with the graduate students who are exploited by the university and fighting for their democratic rights, much like the toiling masses of the Philippines.

Anakbayan Santa Cruz calls on our members and other progressive student organizations to stand in solidarity with the graduate students fighting for the economic and social rights to housing, a livable wage, and fair pay for their labor. Hanggang sa tagumpay! Hasta la victoria! Until Victory!