by Ken Epstein, Oakland Post
Community members and the Oakland City Council came together this week to look at the successes and failures of ongoing local attempts to grapple with the city’s rapidly growing homelessness emergency and to propose comprehensive solutions that so far have remained elusive. 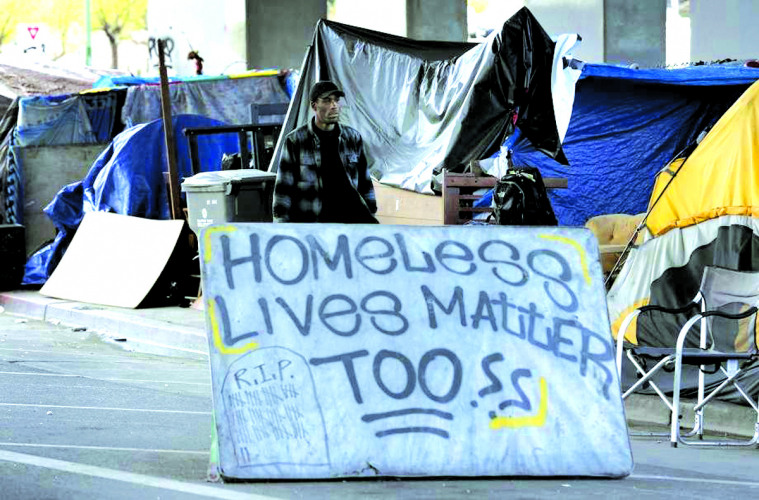 Shredding the city’s current practices, members of the community, including The Village in Oakland and the East Oakland Collective, criticized the city for spending millions of dollars “on ineffective approaches that harm more than help curbside residents.”

Homeless advocates are demanding an immediate end of evictions of curbside communities, demolitions of homes and towing of vehicles people live in or store belongings in; (and) an immediate end to the destruction of curbside residents’ personal property and survival gear.

The advocates also are calling on the Mayor and Administration to implement a resolution passed by the City Council a year and a half ago, which said two parcels of public land in each district should be designated as spaces for curbside communities.

The city currently is spending $34 million to deal with homelessness, which includes city, county, state, federal and private funds. Forty-six percent of the money is one-time funding.

City officials estimate that fully implementing their approach would cost $123 million a year, plus $220 million in one-time capital costs.

Opening the meeting, Councilmember Taylor said, “Business as usual (clearly) has not been working…. (This) is an opportunity to address this crisis, to give it the attention it deserves.”

“We’re spending a lot of money on police removing people without knowing where the people go…There need to be allowed self -governing places,” said Council President Rebecca Kaplan.

“We’ve kind of have a lose-lose (situation),” she said, pointing out that the city pushes the homeless from place to place, but housed neighbors with complaints are not getting served either.

The city has over 4,000 vacant lots, some of which could be used as safe places for self-governing encampments, she said.Calling for more mental health services, Councilmember Noel Gallo said, ““We don’t have anything to the scale that we need,” he said.

One of the community speakers at the meeting was Dominique Walker, a member of Moms 4 Housing, which has been occupying a vacant home in Oakland since late November.
“There is no reason why people shouldn’t have houses in Oakland,” Walker said. “There are four vacant homes for everyone homeless person in this city.

“Our organization came out of a desperate need. I work two jobs, and we’re still homeless.” Walker said the city should manage a database of vacant properties, fix these properties and “house homeless moms and kids in them.”

“Gov. Newsom has declared this a state of emergency. You should acknowledge that and treat it as such,” instead of proposing “solutions that aren’t solutions,” she said.
END_OF_DOCUMENT_TOKEN_TO_BE_REPLACED
Add Your Comments
Support Independent Media
We are 100% volunteer and depend on your participation to sustain our efforts!