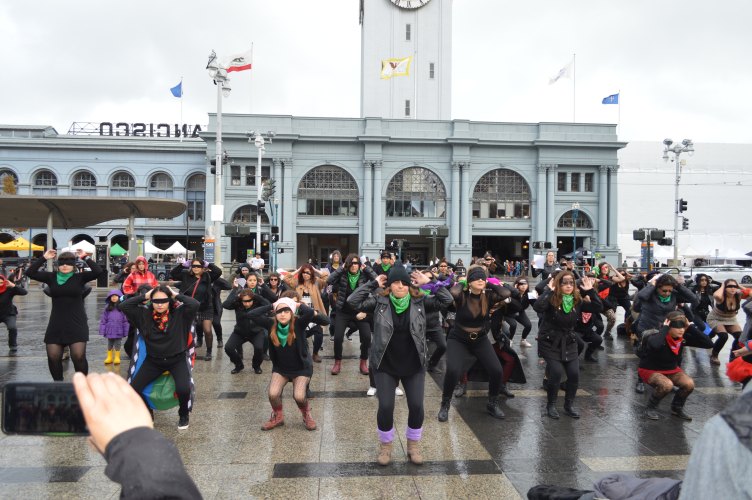 This Saturday in San Francisco, dozens of women, many from Chile, performed a flash mob dance called “Un violador en tu camino” ("A Rapist in your Way") in front of the Ferry Building. They performed in Spanish, English, and sign language. Many of the dancers wore black, and some wore blindfolds.

In a powerful lyric:

Tania Figueroa, one of the SF-based organizers, explained the group is performing the dance "in solidarity with all the women in the world who have been sexually abused," with the aim to "bring awareness of the violence that all the women around the world live since the day they were born."

The song and dance was originally created, organized and led by the Chilean feminist collective, Las Tesis.

The first performance occurred on November 25th, the International Day for the Elimination of Violence Against Women, when dozens of women performed the flashmob dance outside the Supreme Court building in Santiago.

The dance has now been repeated across the world by thousands of women in Chile, France, Spain, the UK, Colombia, and Mexico among other countries. Reports have nicknamed it "The Feminist Battle Hymn," and, it has now been translated into English, German, and even sign language.

The song and dance take on the patriarchy, the cops, judges and the state for being responsible for the violence against women, and for the victim-shaming and victim-blaming that often comes after survivors report to the police or media.

Since the October 18th revolution began, many women in Chile have been raped and murdered by police as part of the crack down against anti-government protests. Among those killed is Daniela Carrasco, a female clown known as "La Mimo," who was raped and tortured by Chilean police on October 20th, 2019.

Over the last two weeks, a new global feminist movement has erupted. This movement is firmly anti-rape and anti-femicide, and it also brings attention to the role of police and the state in creating, reinforcing, and embodying rape culture.

"El violador eres tu" ("The rapist is you!"), the dancers sing in unison, pointing their fingers in front of them.

Here is a statement from Tania Figueroa, one of the SF-based organizers:

"Protecting women against gender-based violence is a human rights issue often overlooked globally. In Latin America, the laws exist to protect women, but those laws are often not uniformly implemented, and there is often a lack of political will to fully comply with the law and international obligations.

We are not an official organization. We are women and women's accomplices from all backgrounds who have been concerned about the violence and brutality. We have been reunited by La Peña Cultural Center in Berkeley for talking and supporting Chile."

For more information, you can email the SF-based group at: chile.bayarea.ca [at] gmail.com 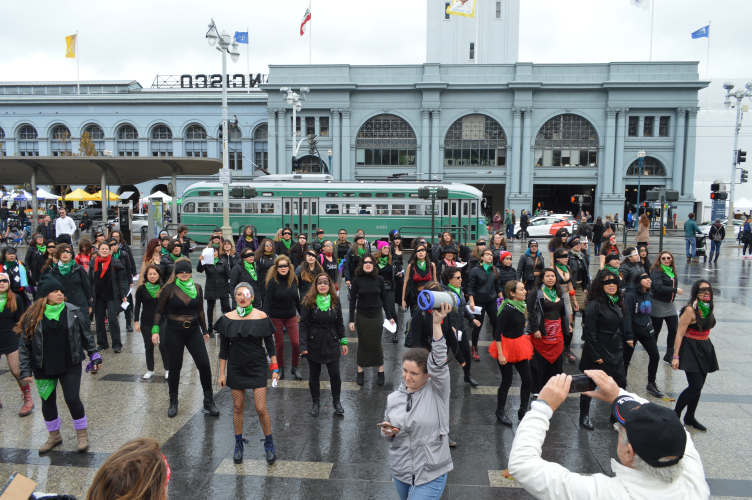 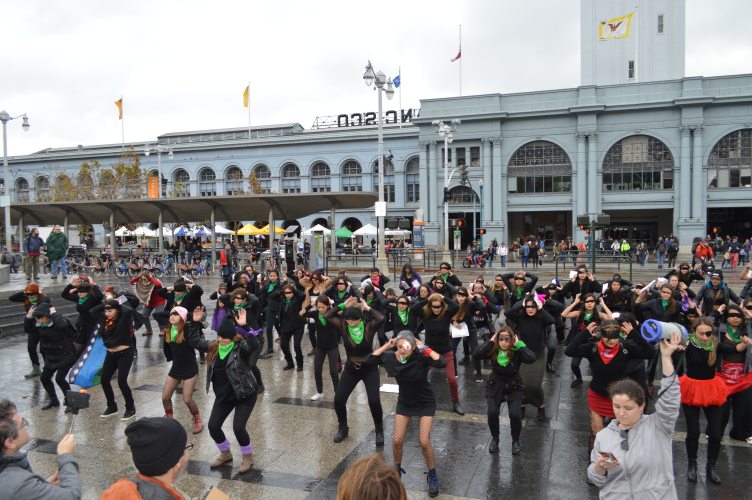 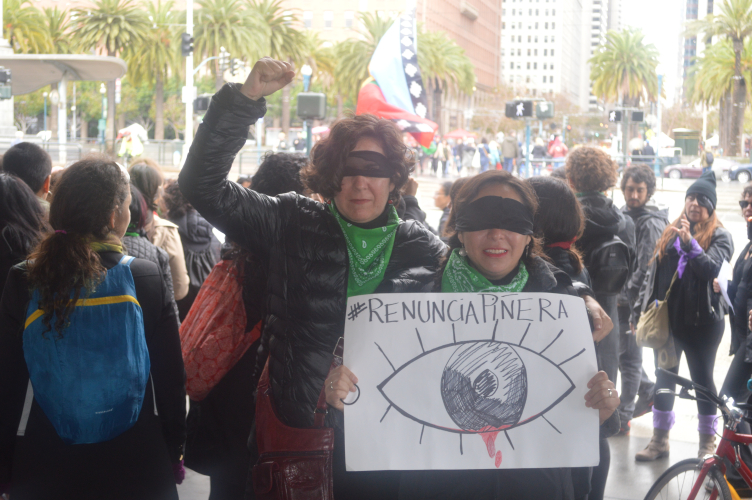 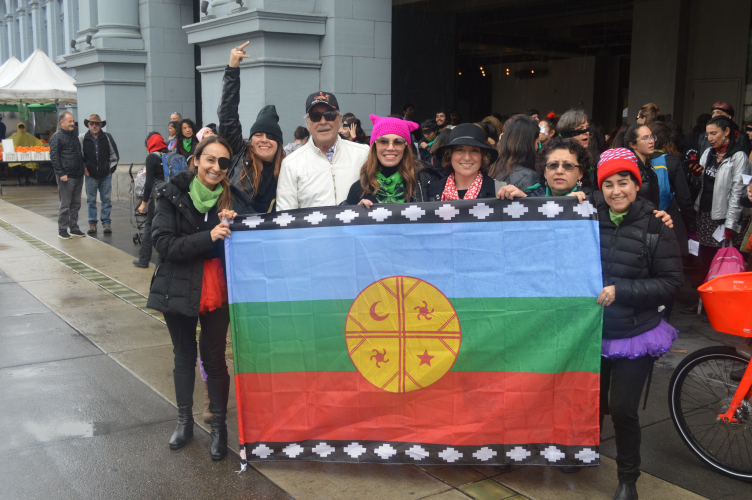 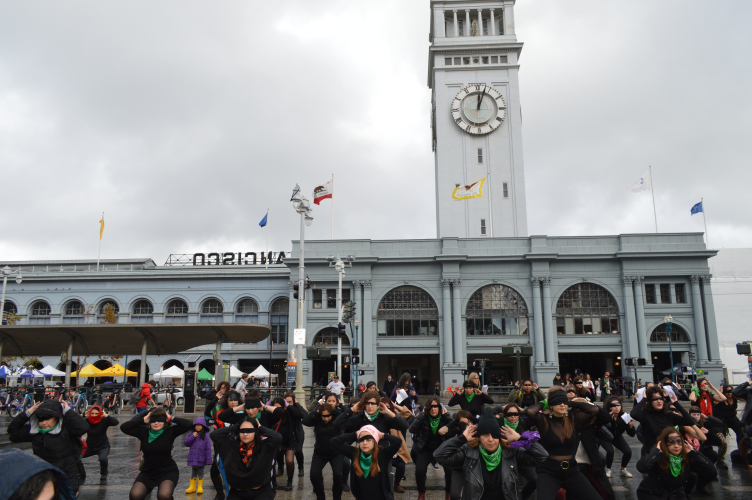 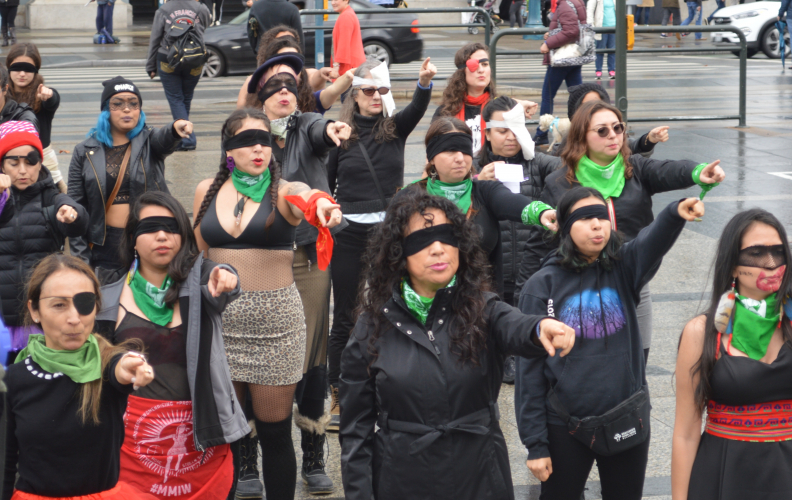 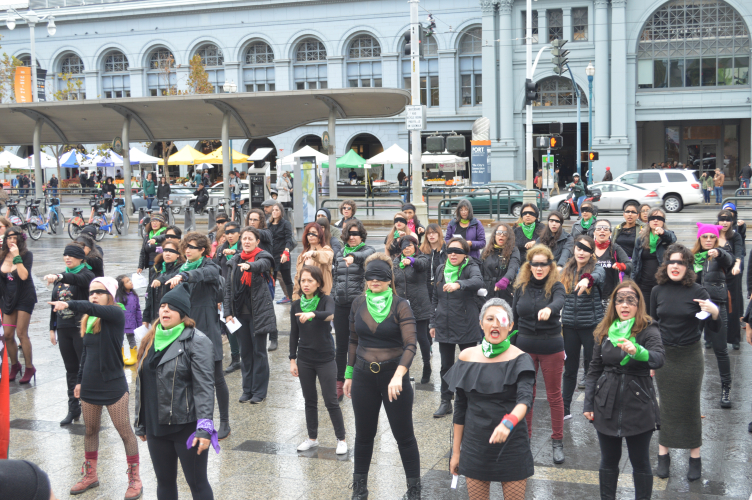 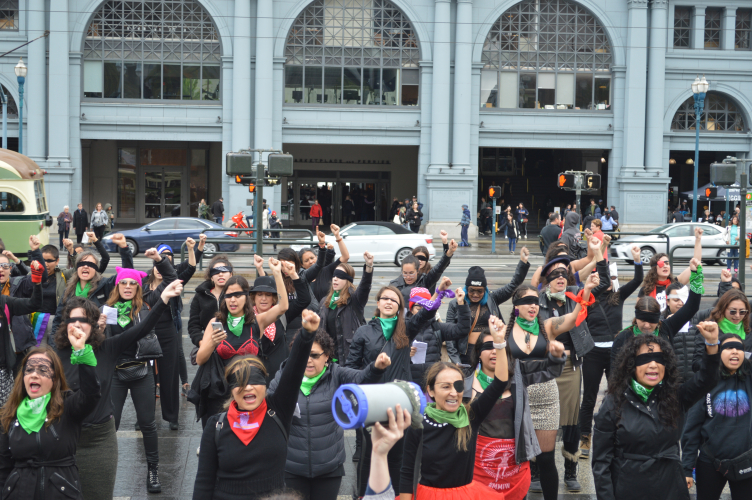 original image (6016x4000)
San Francisco, Dec. 7 2019. photo by Javier Salinas
Add Your Comments
LATEST COMMENTS ABOUT THIS ARTICLE
Listed below are the latest comments about this post.
These comments are submitted anonymously by website visitors.