Newswire
Calendar
Features
Home
Donate
From the Open-Publishing Calendar
From the Open-Publishing Newswire
Indybay Feature
Publish to Newswire
Add an Event
Related Categories: East Bay | Arts + Action
Chuck Herrick Peace and Freedom Memorial Park
by Darin
Thursday Dec 5th, 2019 2:24 PM
Clearly Indybay media should also topic Anarcho-Geography* as well as Anarcho-Urban Studies**. Berkeley, California. Consider this to be under the topical influence of Urban Direct Action within a their-storical contemplative premise. [*For more on this topic see Prof. Simon Springer.] [**On this topic I would personally field any inquiry.] 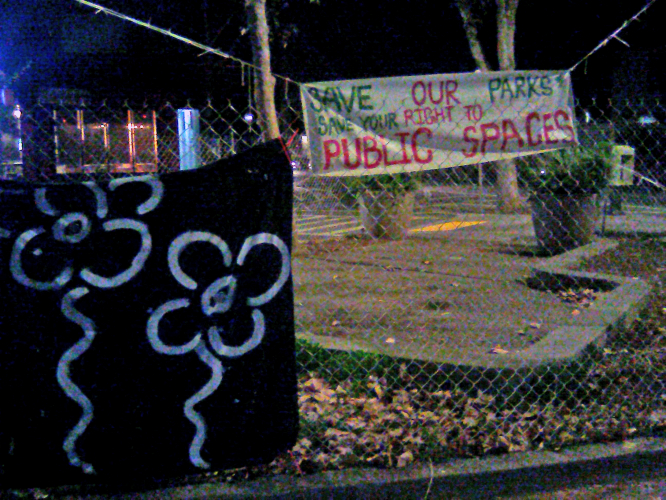 The latest edition to the historical photo-documentation includes a picture that student activists put up, a banner, that was entwined upon two trees and tied with zip ties to indicate to the endearing public that people in Berkeley are being arrested for attempting to protect the commons. Neo-liberalism is gentrification is genocide. Destroy Oligarchy Forever! The remaining banner with the anarcho-botanical selections is still viewable on a fence, despite the fact that after 50 years and after a half century for People's Park the bureaucracy and it's oligarchic tendencies do not appear to those who are horizontally minded as 'mature.' Follow the laws of the Great Spirit! Follow the laws of the Mother Earth! Tuk Pukuni [Ohlone Tree People,] are among us! You are among us also! Help us defend People's Park! Help us to defend our garden! Help us to defend our wildlife and gardens! HELP US TO DEFEND CHUCK HERRICK PARK!
The People's Park Committee meets every Sunday at one in People's Park, in the Northwest, or if weather RVSP it will be at the Berkeley Grassroots House, or somewhere on campus.

People's Park Gardeners meet Sunday at noon currently, and other days also. Pick some collard greens, take them home, and cook them.

East Bay Food Not Bombs feeds the hungry M-F in the park near the stage area at about 3 pm.

Come to our garden and get your thumbs green! 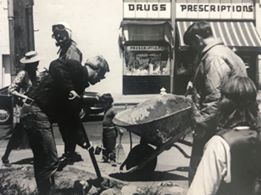 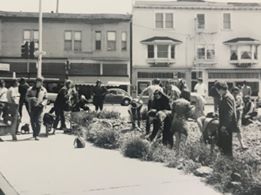 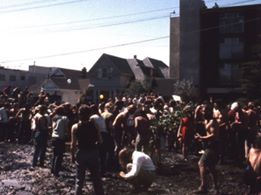 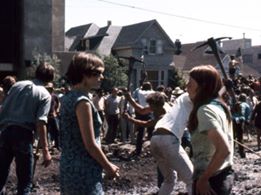 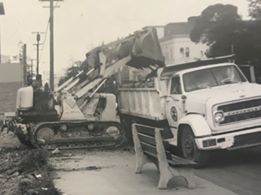 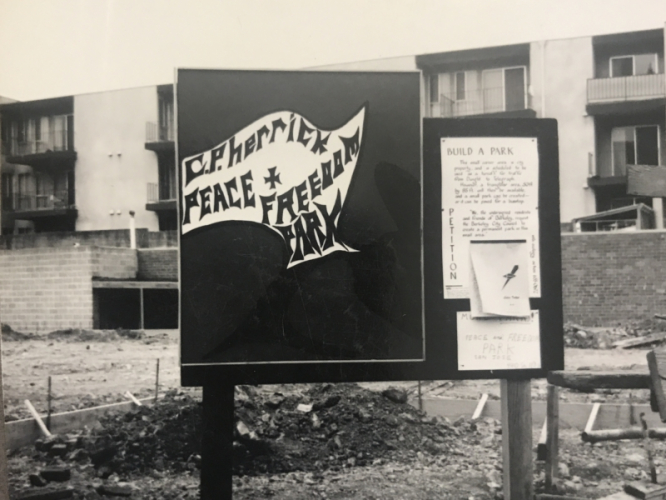 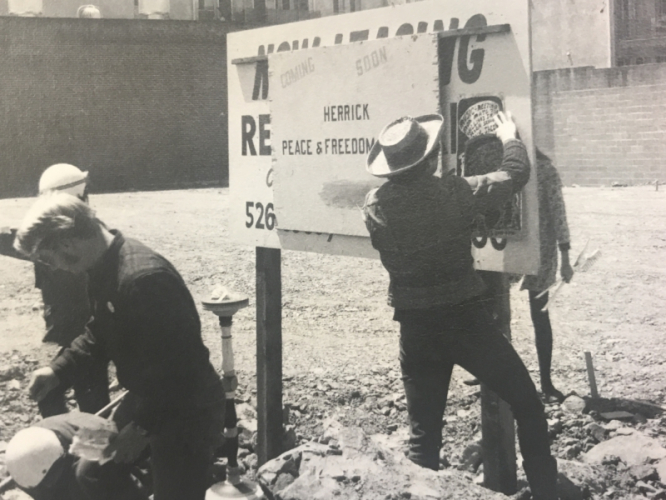 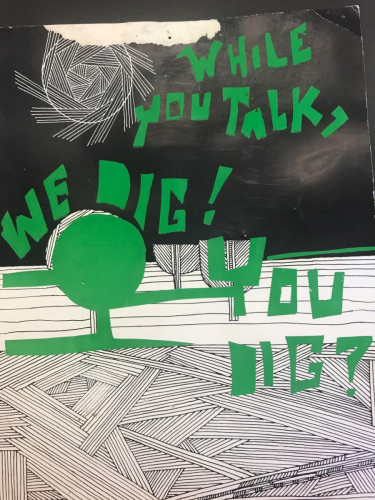