City Council session ends past midnight without taking a vote 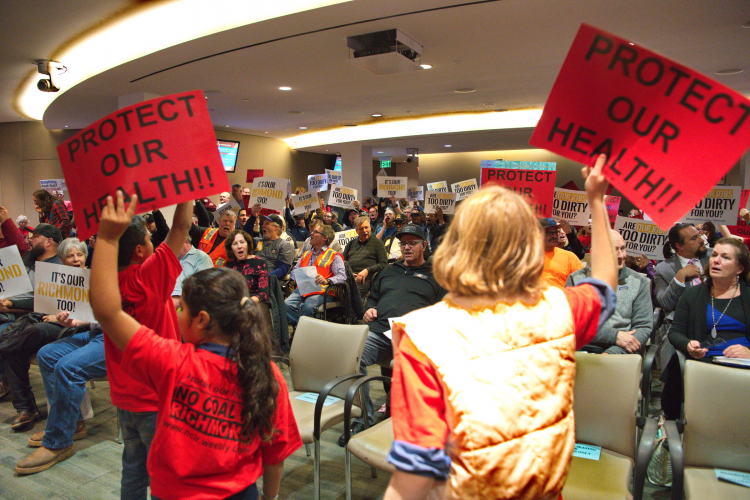 Dec 3, 2019. Hundreds of people, both union workers and environmentalist, converged on the Richmond City Council Chamber to express their feelings about an ordinance that would phase out the port as a facility for shipping coal and petroleum coke to Asia.

Wearing red shirts proclaiming “No Coal In Richmond” residents, many with their children, carried “Protect Our Health” signs. Richmond already suffers from the area’s highest levels of asthma and other health problems caused by bad air quality due to the open storage and handling of coal.

On the other side, coal workers and their union came with signs asking “Are our jobs too dirty for you?” Unfortunately, for these working class people who have been thrust into a world they were unprepared for, the answer could be “yes”.

Complicating matters further, the operator of the terminal, Levin-Richmond Terminal Corp., claimed they would be harmed by the Ordinance and would pursue costly litigation. 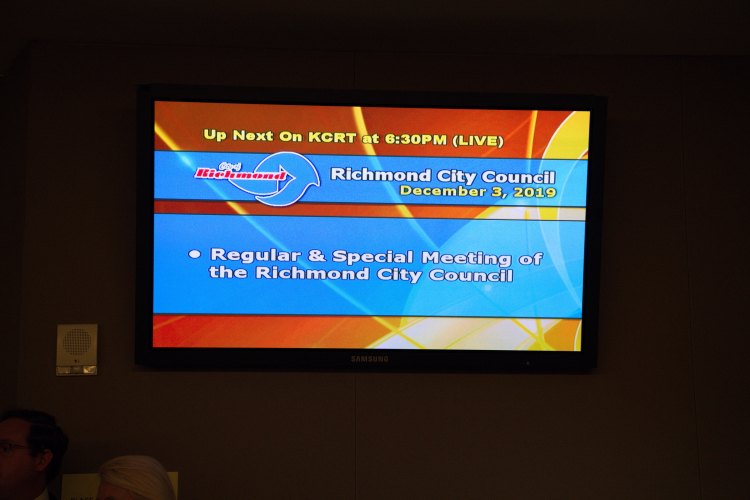 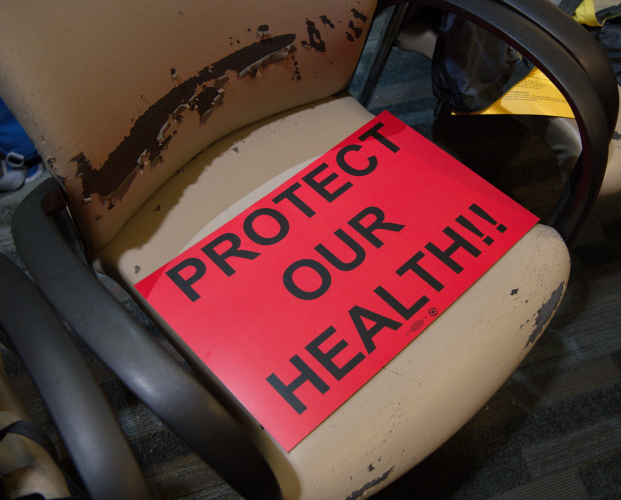 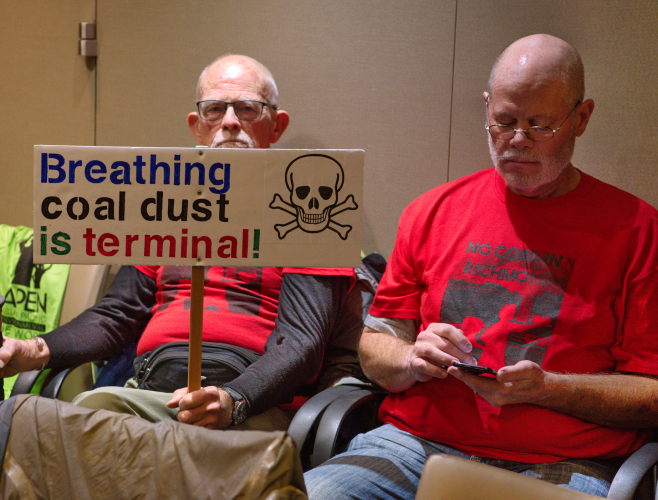 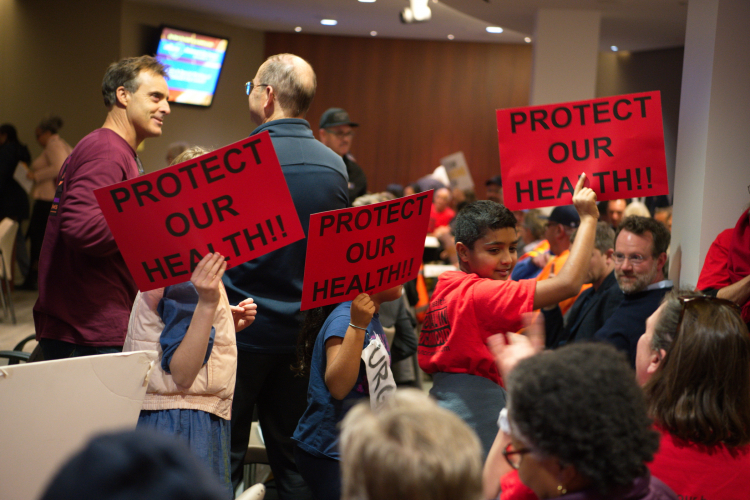 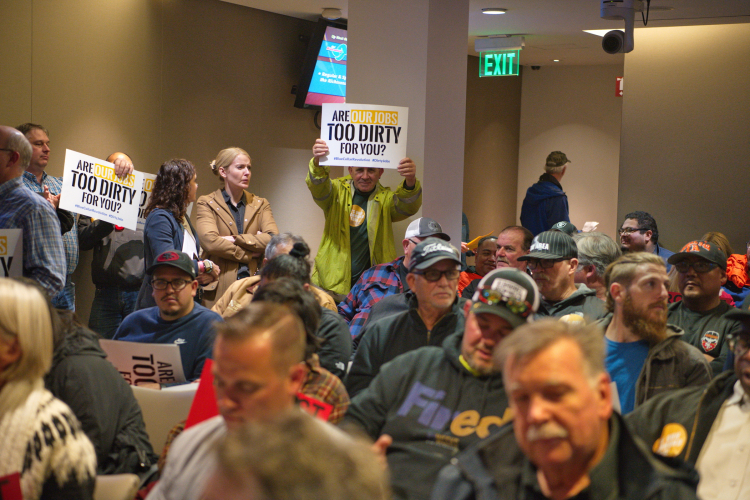 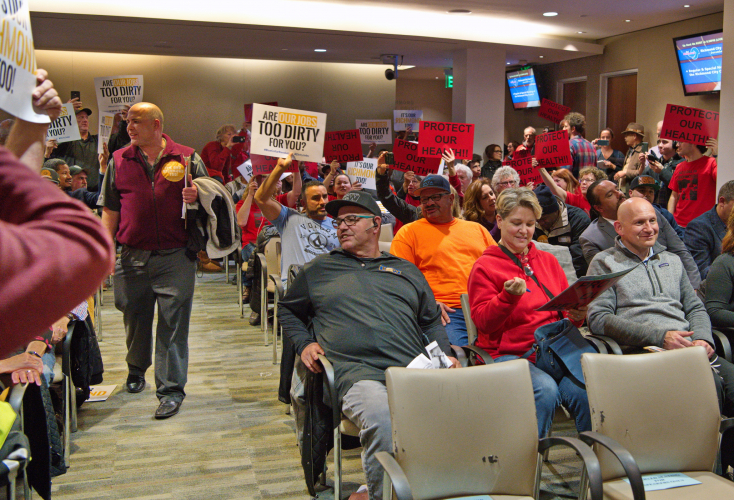 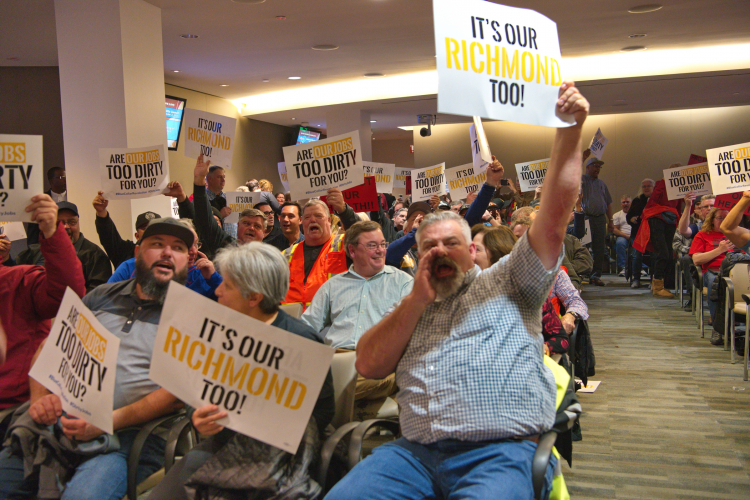 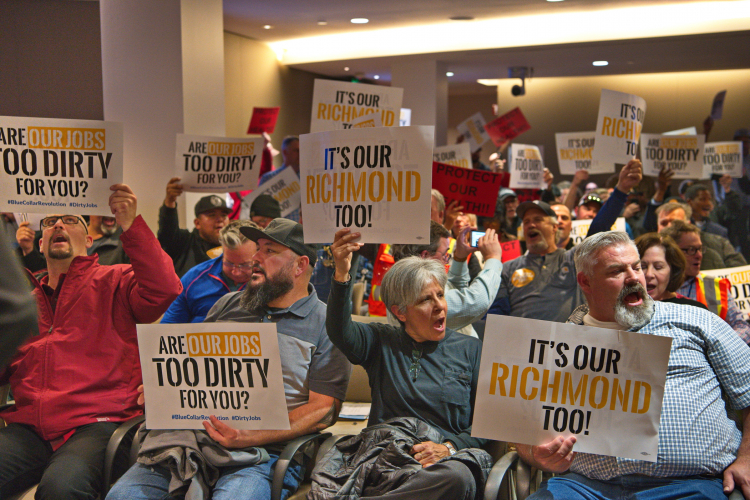 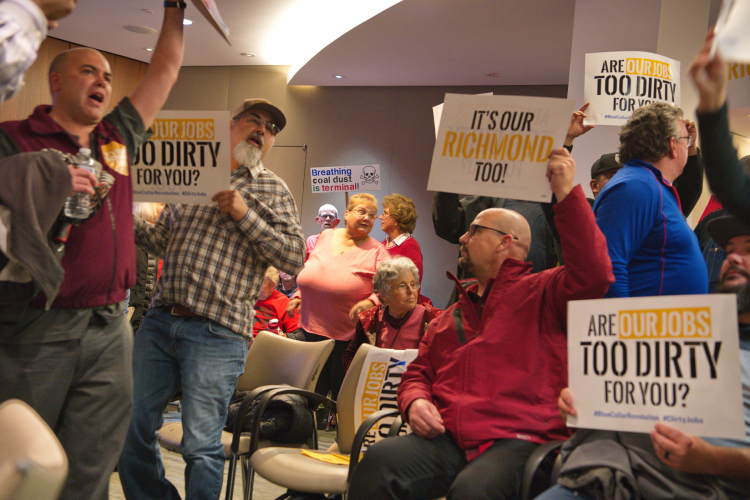 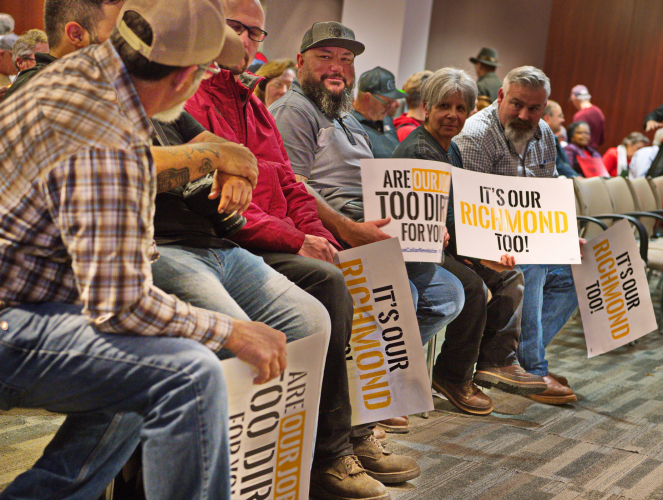 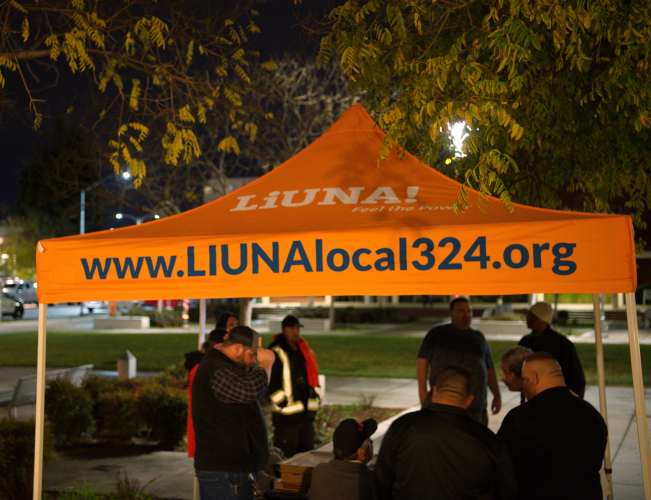 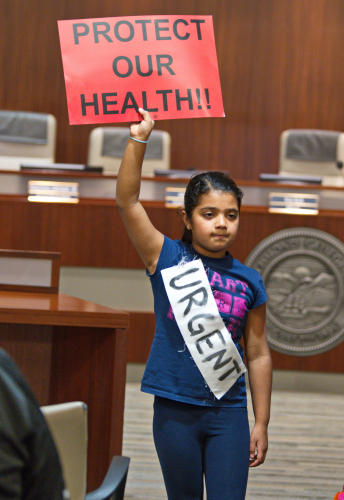 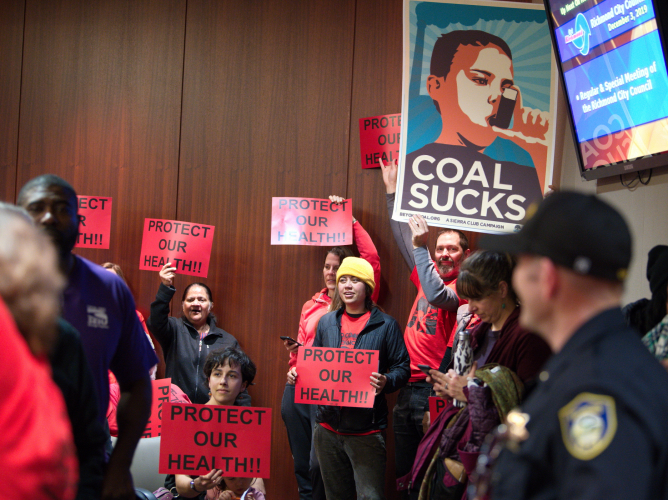 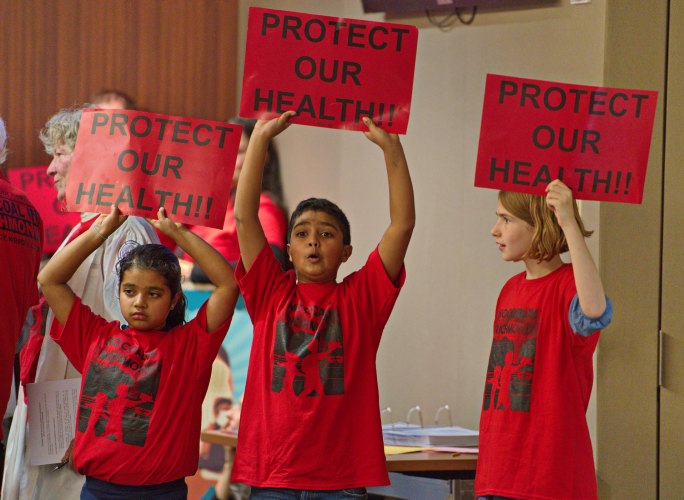 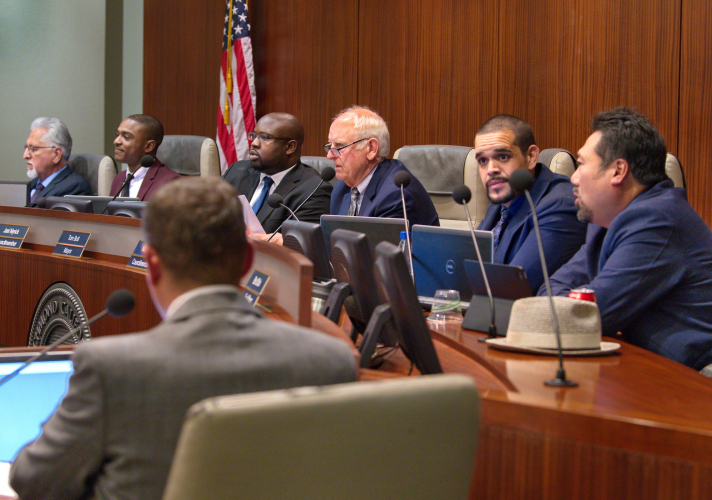 original image (1720x1400)
https://kunstena.smugmug.com/Politics/Demo...
Add Your Comments
LATEST COMMENTS ABOUT THIS ARTICLE
Listed below are the latest comments about this post.
These comments are submitted anonymously by website visitors.