Solidarity Meeting With The People Of Chile & Bolivia 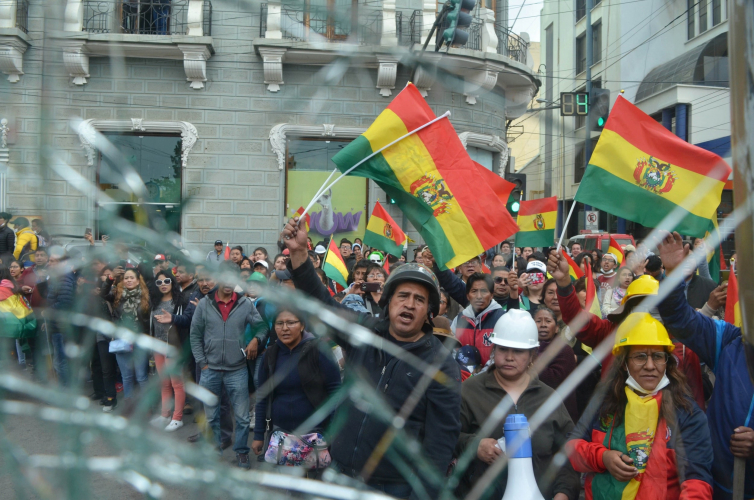 The Defese of The People and Workers Of Chile & Boliva
Presentations, Music and Video

The massive repression and attacks on the Chilean and Bolivian working people is a threat to all democratic rights.

There is very real evidence as well that the US government and it’s allies in the region supported these coups and the mass repression.

Behind these coups are the privatization of the economies of both countries and austerity that has destroyed the living standards of the populations to enrich the wealthy in these countries but also US multi-nationals which want total economic control.

The need for solidarity with the Chilean and Bolivian people is critical and this meeting will look at the history of US labor in supporting the people of Chile. Dockworkers in Chile have called for an international boycott and the International Dockworkers Council IDC has recently called for a full boycott of cargo.

The San Francisco Labor Council has also called for full support to the people of Chile.
10-28-19 Resolution in Support of the Rising Chilean People’s Movement for Economic Equality and Political Freedom
http://sflaborcouncil.org/wp-content/uploads/2019/11/10-28-19ResSptChileanPeoplesMvmnt.pdf

Privatization is not just an issue for Chile and Boliva but the US at the post office, Port of Oakland, UC and public jobs in San Francisco.


As unrest continues in Chile a new wave of walkouts and mobilizations on Tuesday and Wednesday with the Port Union of Chile workers and Union 1 of the Escondida mine joining a march by teachers.

https://www.seatrade-maritime.com/industry-sectors/port-logistics/chilean-port-workers-bring-operations-to-a-halt-again/
More than 6,000 workers employed in 20 terminals in Chile decided to suspend its activities during the third shift on Tuesday (23-00hrs) continuing until the second shift Wednesday. In a statement, the Port Union said that “more than 10 days have passed and we maintain the need for a new constitution to be discussed throughout the country and not only by those who are today deputies in Congress.” They called for a national general strike for Monday, 4 November.

The Chilean Port Union recently announced that they will continue “firm with the people because we are working class and deep transformations have to come from unionism”.

Daily protests have continued almost without interruption for the past 12 days which began with discontent over a rise in the Santiago Metro fares, but ended up escalating to a wide range of demands, also related to education, health, pensions, among others.

The President of Chile, Sebastián Piñera, announced on 22 October a social agenda and this week made a cabinet change that has been debated in different social and political sectors.

Hundreds of thousands of Chileans marched across cities and towns throughout the country over the past week, and on Friday, an estimated 1 million people, about 5% of the country’s population, protested in the capital of Santiago.

In Valparaiso and San Antonio where are located the largest terminals, container movements have been affected and therefore exports. It is the beginning of the peak season for Chilean fruits exports. In 2018, Chile’s fruits exports accounted for 5% of all US fruits imports with more than 800,000 tonnes.


Unrest in Chile has spread to the country’s ports in the form of strikes as curfews are imposed in Santiago and other cities.

The unrest began last week when students protested a rise of the metro fares, now suspended, and increasing living costs and has rapidly escalated into violence, arson and looting.

On Monday, strikes were taking place in 20 Chilean port, including San Antonio and Valparaiso, local media said, in solidarity with the protesters across the country. It is in the Central region, where San Antonio and Valparaiso are located, that most of Chile’s commodities and fruits are exported. Workers said they would evaluate if continuing the strike on Tuesday.

Workers from BHP’s largest mine Escondida called for a 10 hour-stoppage late Monday or early Tuesday in solidarity and the mining umbrella union CTMIN is calling for a general mining strike on 23 October.

According to news reports 11 people died, mostly during looting of supermarkets on fire, over 1,500 were detained and damages have reached $300m. The government declared a state of emergency Friday with soldiers having been deployed in Santiago where an 8pm-curfew imposed in the capital and several other cities. 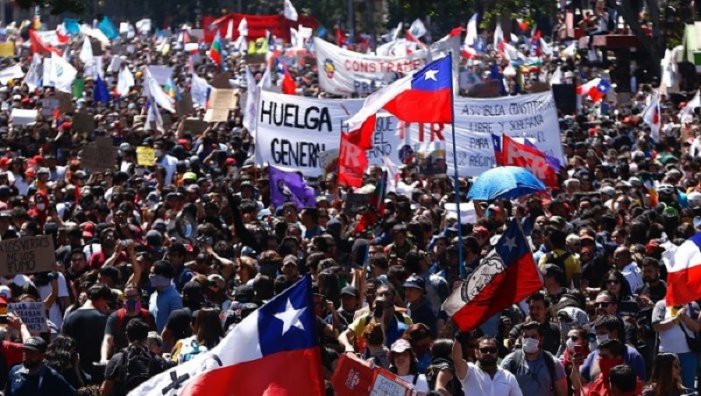 There have been massive working class and community demonstrations against the Chilean president Piñera who has imposed mass repression and a state of emergency.
END_OF_DOCUMENT_TOKEN_TO_BE_REPLACED
§No Sale Of Education
by United Public Workers For Action 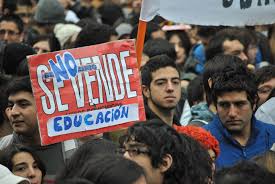 The military coup of Pinoche was directly organized and supported by the United States. It led to mass privatization and deprivation for the masses of Chilean people and workers.
END_OF_DOCUMENT_TOKEN_TO_BE_REPLACED
§Defend People & Workers In Chile and Bolivia Flyer
by UPWA 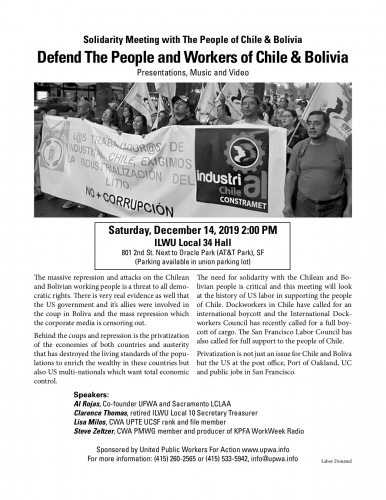 original image (1275x1650)
Flyer for solidarity meeting
Add Your Comments
Support Independent Media
We are 100% volunteer and depend on your participation to sustain our efforts!