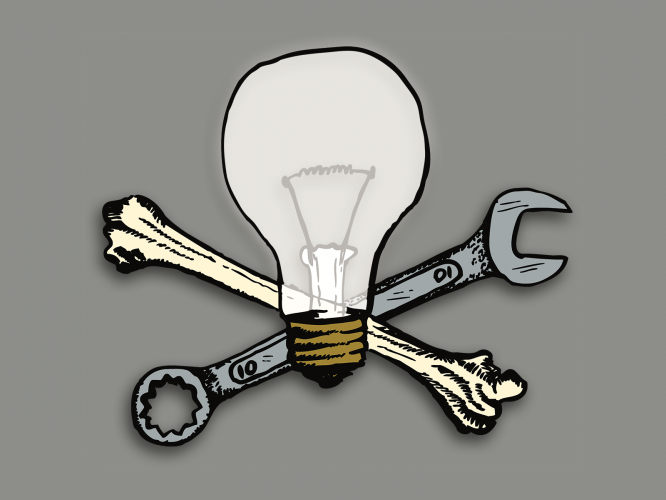 original image (1600x1200)
In December, CrimethInc. agents will traverse the West Coast of the US, distributing anarchist literature at three book fairs and offering three different presentations in at least ten different cities. This is a crucial moment, with clashes intensifying in various parts of the world; it’s a good time to strengthen our connections, sharpen our analyses, and strategize together for the next round. We’ll be revisiting our book about the last cycle of struggles, From Democracy to Freedom, as it relates to the questions confronting social movements today, and drawing on dialogue with participants in the movements unfolding right now. Come join us!

December 7 – Oakland, California—By day, tabling at the East Bay Alternative Book & Zine Fest; by night, presenting at Tamarack, 1501 Harrison Street, Oakland, at 8 pm, in a panel discussion: “Catching the Wave: A Reflection on History in Progress."

Presentations
From Democracy to Freedom

Democracy is the most universal political ideal of our time. From the Democratic People’s Republic of Korea to Occupy Wall Street and the autonomous region of Rojava, practically every government and popular movement calls itself democratic. Today, the far right has also appropriated the rhetoric of direct democracy, as a wave of populism has swept demagogues like Donald Trump and Jair Bolsonaro into power.

What is democracy, precisely? How does the rhetoric of democracy serve various agendas? Is there a difference between democracy and self-determination? Are there other ways to describe what we are doing together when we make decisions? And how can this inform our participation in struggles against capitalism and state oppression?

Drawing on From Democracy to Freedom, the latest book from the CrimethInc. collective, we will explore these questions and more. Join us for a lively discussion!

The New Upheavals: Strategizing for an Era of Nonbinary Conflict

Once upon a time, anarchists saw ourselves as engaged in a two-sided struggle between the common people and the institutions of power. Today, as the future of neoliberalism becomes uncertain and uprisings break out from France to Hong Kong, we are increasingly finding ourselves in three-way fights that pit us against both the reigning authorities and far-right nationalists driven by their own vision of civil war.

How do we strategize for conflicts that involve three or more sides, so that one adversary does not benefit from our victories against another side? This has been a problem for anarchists at least since the Russian Revolution.

In this presentation, we will introduce the concept of non-binary conflict, consider case studies of contemporary three-sided conflicts around the world, and discuss how this can inform our struggles against fascists, the Trump administration, and the centrists of the Democratic Party.

Catching the Wave: A Panel Discussion Reflecting on History in Progress

Throughout its first three-quarters, 2019 has been a moment of gathering momentum for emancipatory movements around the world, even as populist, nativist, revanchist, and fascist projects likewise swell around the world. Following on the heights of the gilets jaunes experiment last fall and winter, populations in revolt topped leaders in Sudan and Puerto Rico. Haiti teetered on civil war. Hong Kong began its descent into open insurrection, and now, in a feedback loop, popular revolt spills across Ecuador, Chile, and Bolivia, across Iraq, Iran, and Lebanon, while Hong Kong continues to burn and conflicts in the multi-power war zones of Palestine and Syria intensify.

What are the possibilities for this wave to strengthen and amplify or, alternately, to be annulled by an entirely different dynamic, inimical to emancipation? Can we identify a consistency to or internal character of these revolts, distinct from those of the last global wave circa 2011? How do we understand the anti-political character of these revolts, their refusal of the typical insignia of left and right—and what dangers and potentials does this raise? What role might a global recession, long overdue, play in the unfolding of these events? What local variants might eventually emerge in the US—and how should we be preparing?

https://crimethinc.com/
Add Your Comments
Support Independent Media
We are 100% volunteer and depend on your participation to sustain our efforts!