Add an Event
Newswire
Calendar
Features
Home
Donate
From the Open-Publishing Calendar
From the Open-Publishing Newswire
Indybay Feature
Publish to Newswire
Add an Event
Related Categories: San Francisco | Racial Justice
Radio Free Alcatraz: Fifty Years Later, Sounding out Beauty, Truth and Resistance
by Brenda Norrell (brendanorrell [at] gmail.com)
Saturday Nov 30th, 2019 11:12 AM
The 50 Year Anniversary of the Occupation of Alcatraz was broadcast live by Radio Free Alcatraz, continuing and preserving the resistance, the voices of struggle, that began with Santee John Trudell in 1969 on Alcatraz. 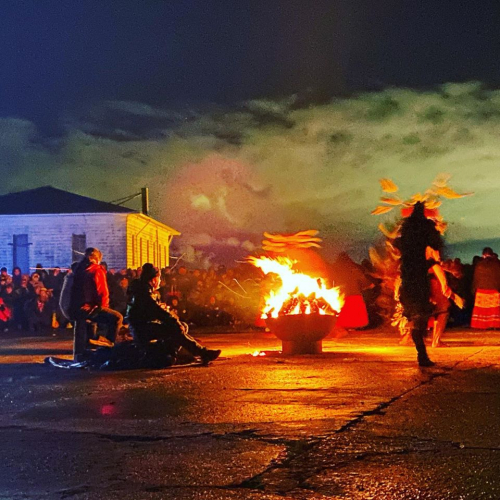 ALCATRAZ -- Celebrating the 50th Anniversary of the Occupation of Alcatraz, thousands streamed up Alcatraz for sunrise prayers, as traditional singers and dancers offered their gratitude at the first light of dawn.

In the spirit of John Trudell who first broadcast Radio Free Alcatraz in 1969, there was a call out from the Water Protectors in Mauna Kea and the Dakotas, shout-outs of solidarity from Palestine and Ireland, and remembrances of those in prisons, from the migrant children in cages to the prison cell of Leonard Peltier.

Radio Free Alcatraz, broadcast live by KPFA, carried the words and sounds that were as chilling as the cold wind.

KPFA began its first live broadcast from Alcatraz on December 22, 1969, under the direction of Santee John Trudell. With borrowed and donated radio equipment, Trudell's programs originated from the main cell block building on Alcatraz.

"Each episode began with a recording of Buffy Sainte-Marie singing 'Now that the Buffalo's Gone,'" Pacifica Radio said.

During this year's Sunrise Ceremony, in a passionate appeal for justice, the names of the law enforcement who shot grandmothers and children with rubber bullets at Standing Rock -- Native Americans and their allies defending the water from Dakota Access Pipeline -- were read aloud.

Solidarity with Indigenous struggling around the world -- from Chile, Bolivia, Argentina and Brazil to the resistance at Oak Flat and on the Tohono O'odham border -- was sounded out.

Mama Julz, Lakota, remembered the words of her grandmother, 'Be there for the people."

Julz described Mothers Against Meth and the nightly patrols to make sure the people are safe.

"We all need to come together."

In the resistance to pipelines, Julz said she has locked down to three pipelines to bring awareness to the sex trafficking and the missing and murdered Indigenous women, resulting from the man camps that pipelines bring in.

"He wishes he could be here with you," Foster said, urging prayers for Peltier in prison and prayers for his freedom.

Foster said he came to the Occupation when he was a college student at the age of 21. For Foster, it was a pilgrimage, a spiritual journey.

"I want to thank the Ohlone people for allowing us to come here and share on their land."

Foster thanked the Indians of All Tribes, the students from San Francisco State University and the University of California Berkeley, who made the stand here and took the Rock and the new generation of Water Protectors. 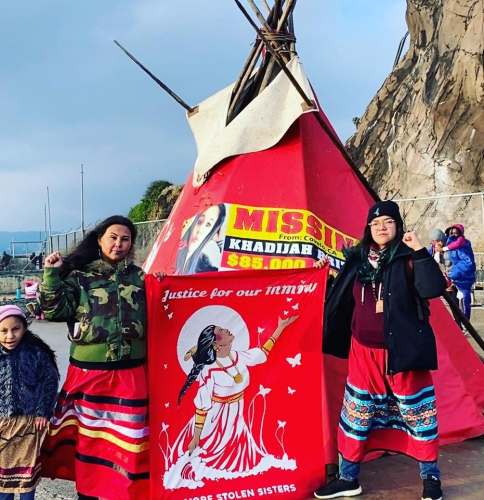 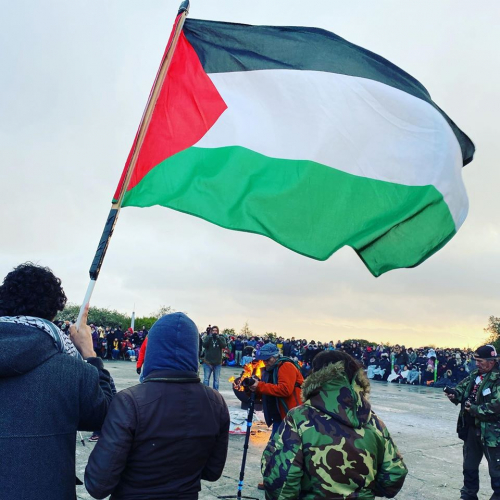 original image (960x960)
Photo courtesy Morning Star Gali
https://bsnorrell.blogspot.com/
Add Your Comments
Support Independent Media
We are 100% volunteer and depend on your participation to sustain our efforts!