Newswire
Calendar
Features
Home
Donate
From the Open-Publishing Calendar
From the Open-Publishing Newswire
Indybay Feature
Publish to Newswire
Add an Event
Related Categories: Americas | Santa Cruz Indymedia | Racial Justice
Colonial programming at Mission Santa Cruz is horrendous
by One White Settler
Wednesday Nov 27th, 2019 1:58 PM
Programming at the Santa Cruz Mission by the California State Parks System and their local area support group Friends of Santa Cruz State Parks is primarily colonial, and it's horrendous. The "Mission Strategy Game" is a recurring event at Mission Santa Cruz scheduled for November 29 and December 30. Here is the event description on the Friends of Santa Cruz State Parks website: "Gather round the table and play a board game set in the 18th century. Spend Spanish real coins and roll the sheep’s knucklebone to determine the fate of your mission. Geared for ages 8 and older." The California Mission system was established by the Spanish Empire between 1769 and 1833 by forcing Native Americans into slave labor. As a result, more than 62,000 Indigenous people who were imprisoned in the Missions died from disease, malnutrition, torture, and stress. 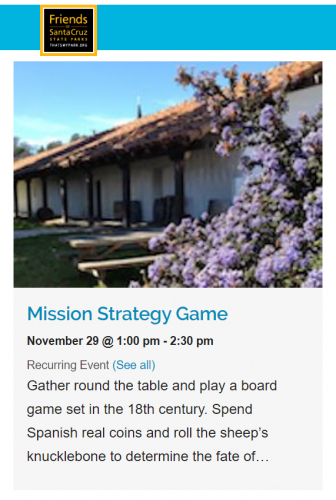 original image (571x848)
Would this type of programming be acceptable at the Auschwitz-Birkenau Memorial, the former site of the German Nazi concentration camp?

"What They Wore" is another recurring event at Mission Santa Cruz. Here is its description on the Friends of Santa Cruz State Parks website:

"Color, cloth, & cut – the clothing worn by the people in the Mission was not all about style – it was about identity, status, and different roles in the community. We will demonstrate the apparel you may have seen here in the 19th century, and learn what the clothing meant to the people who wore it."
§"Mission Strategy Game"
by One White Settler Wednesday Nov 27th, 2019 1:58 PM 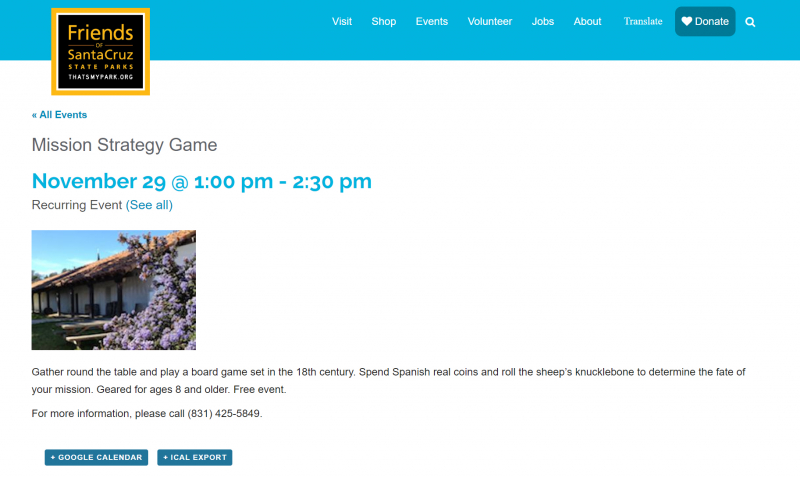 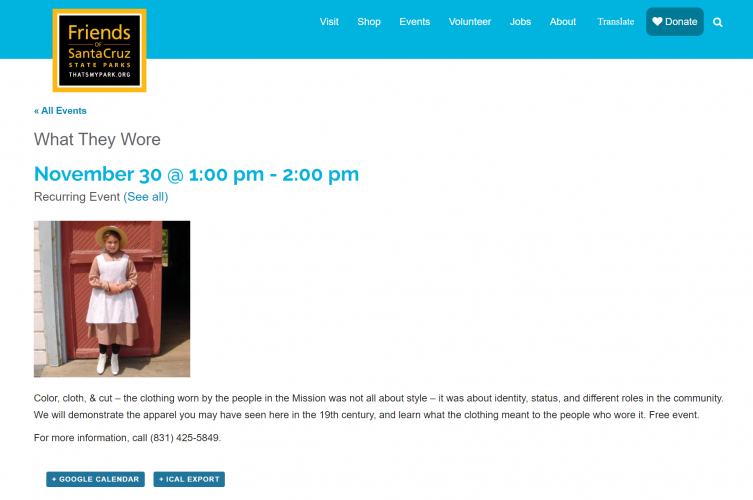